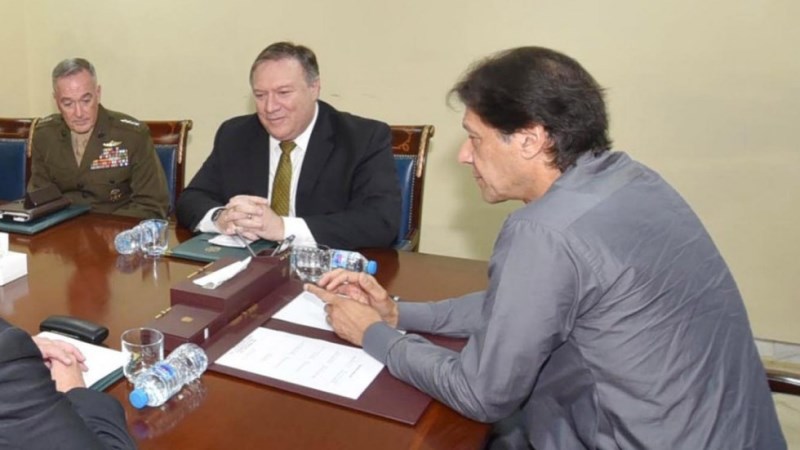 Imran Khan, the new Prime Minister of Pakistan, has accomplished what he has been dreaming of for the last 22 years. He is a former cricketer and one of the most successful captains of Pakistan’s cricket team. He reached the pinnacle of fame when he ended his cricketing career, by winning the World Cup in 1992. After his retirement from cricket, he started to build the first cancer hospital in Lahore, Pakistan. In order to complete this project he travelled across Pakistan, from major cities to small towns to collect funds. The generous people of Pakistan responded to him more than he expected and eventually this hospital was opened in December 1994.  In 1994, Imran Khan founded a political party, the PTI, when Pakistan’s politics was bitterly divided between Pakistan People’s Party (PPP), then led by Benazir Bhutto, and Pakistan Muslim League-N (PML-N) led by Nawaz Sharif. The party had little initial success. Imran Khan’s PTI won a single seat in the Pakistani general elections of 2002. The Pakistan Tehreek-e-Insaaf (PTI) boycotted the 2008 elections, but in 2013 it received over 7.5 million votes, making it second with respect to the number of votes won and third with respect to the number of seats. Although it sat in the opposition to the government at the national level, the party governed Khyber Pakhtunkhwa province.

However, this slogan of change is just rhetoric as Imran Khan and his party also believes in democracy and capitalist economic system like the regimes before it. Just within the very first two weeks of his government, he has gone against his promises and validated his nickname of “Mr. U-Turn”. The recent visit of US Secretary of State, Mike Pompeo, and the US Chairman of the Joint Chiefs of Staff, General Joseph Dunford, confirms that the relations of Pakistan with US has not changed. Even before their arrival in Islamabad, the Americans made threats that Pakistan must secure US interests in Afghanistan or face severe consequences. Just as previous regimes, not only did the Foreign Minister of Pakistan meet his US counterpart, the Prime Minister Imran Khan also entertained Pompeo.

Well within the first 100 days, it is clear that it is more of the same and there is no change beyond slogans. The previous regime claimed “no more” when the US demanded “do more,” but now the new regime is claiming a “reset” of the relationship. So, the new rulers are following the previous rulers in securing US interests in Afghanistan at the cost of Pakistan, whilst claiming to secure Pakistan’s national interests. The US intelligence and private military remains untouched, despite their proven track record of orchestrating bloodshed in the country. The US embassy and consulates remain open, even though they are spy posts for the US. The NATO supply line, which is the vital life line for US troops in Afghanistan, is running through Pakistan unimpeded. And the rulers are working to goad the Afghan Taleban into talks with the US to provide political legitimacy for its occupation in Afghanistan. Clearly, change will only come when the Khilafah (Caliphate) on the Method of Prophethood is re-established.