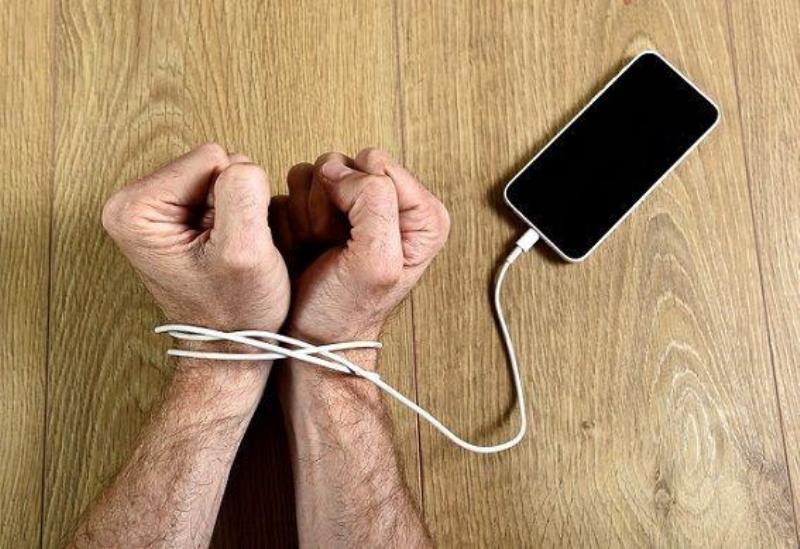 The issue of screen time in the form of smartphones and tablets has become a epidemic that is quickly deteriorating our Muslim youth. Young girls and boys, pre-teens, teenagers, and young adults in their early 20’s attached to their screens as their 3rd hand and other having nomophobia, the extreme fear of being without a phone.

Constant streaming of images, short clips, videos, ads, all piercing their eyes, searing into their brains leaving their imprint on their highly impressionable minds. Even trying to talk to one’s child yields no result as their eyes are fixated on the screen so they stay placated; some refusing to do physical activity or study, neglecting their chores. Of course this cuts from their sleep time because of the addicting nature of the short videos, one thinks it is only a few seconds or so only to find oneself hours have passed. Various designs are employed to hook viewers to keep staring at their screens for longer periods of time from catch phrases to certain colors.

These young people are vulnerable to the direct and subtle messages of the lifestyle being advertised as the way to live their life void of values, a higher and deliberate purpose of life. It does not help that various hashtags also promote “you only live once” lifestyles so experiment and live life to the maximum. This important age group – one with the most energy, quick thinking, and optimal physical strength wasting their qualities hooked on their screens wasting irreversible lost time without accomplishment of anything worthwhile.

Constant streaming of images of pornography, gay/lesbian and other haram actions which easily enter Muslim homes damaging our youth and the latest mindless trends of online singing and dancing, makeup tutorials even men applying full makeup to streaming dangerous pranks to high-risk tricks. Food porn appealing to the exotic new drinks and foods all fetching millions of views but realistically not cooked or tasted in one’s regular life.  Time wasting stupid quizzes asking to reveal absurd traits about oneself if they just click and answer a few questions. Interactive online group gaming and obscene solicitation from strangers targeting boys and girls alike. Foreign TV series and the glorification of Muslim celebrity culture from them posting hundreds of images from their personal lives in the form of constant peeks causing infatuation and so-called teen crushes. Both girls and boys wanting to emulate them from clothing to poses to behavior who idolize celebrities. This is particularly alarming since girls can relate to the Muslim woman in the videos or pictures so that gap is removed even though she promotes obscene behavior.

Slowly accepting these wild ideas and behaviors then without remorse begin to emulate them at first in private then in public for all to see. Many go to long strides to open Youtube channels, Instagram accounts to boost viewership and showcase their haram actions gaining popularity of perpetrating illicit behavior to escalate them in society again making it “normal” to be accepted as the “new reality” whether detrimental or not. The consequences are far worse because this permeates all societies, all cultures and religions. No one is left unscathed due to the uncensored accessible nature of the internet.

The normalization of these haram images thereby leads to slowly swallowing these poisons without noticing their harm both in the present and the long term. With this harm comes the heartache and frustration of those in their inner circle from parents, family members and educators.

Is persistent monitoring and stringent filtering enough to thwart the inpour of these dangerous poisonous images? How are as Muslims supposed to resist this vice / fitnah from entering our homes?

These crucial questions need answers because for every day we ignore this, the worse it gets for our youth and society in general.

Parents and educators struggle with these effects. Parents struggle with abnormal behavior while educators notice firsthand the effects on their students’ academic work, social circles in the classroom and the playground, lunchroom, etc. Lack of proper attention due to screen addiction stealing away the youth much needed sleep time. Some try to take the guesswork out of this taking advice from the internet ironically or the family doctor while remaining very quiet before their relatives for fear of mockery or humiliation or gossip. Again making the problem worse. Taking this depravity as part of their daily lives and widening the gap between them and the Islamic ideals and actions. The Quran is distanced and forgotten and the roles and responsibilities to oneself and family and to the Deen is grossly neglected; leaving one to live only to suffice needs and desires following baseless trends. Due to the above mentioned we see our Muslim youth undergo a rapid assimilation of Western liberties and lifestyles, casting aside the measure of halal and haram for their actions.

Using various reasons to explain or justify their behaviors whether it is an obsession over the highest possible hits or likes or the rush of virtual engagement is not enough, we as intelligent beings need to act as such and use our minds to make use of time and act decently and responsibly according to the Ahkaam ash-Sharia.

Active measures need to be taken, allowing youth to be made aware of the dangers and consequences if screen time is allowed to rob them of their best years of life. Clear guidelines based on Islamic measures need to be explained to the youth and parents need to be cautioned from allowing an intimate non-monitored bond to occur. Parents and families need to take an active role in their children’s screen time using proper discretion otherwise they will use their youth right before their eyes while their children are under their roof.