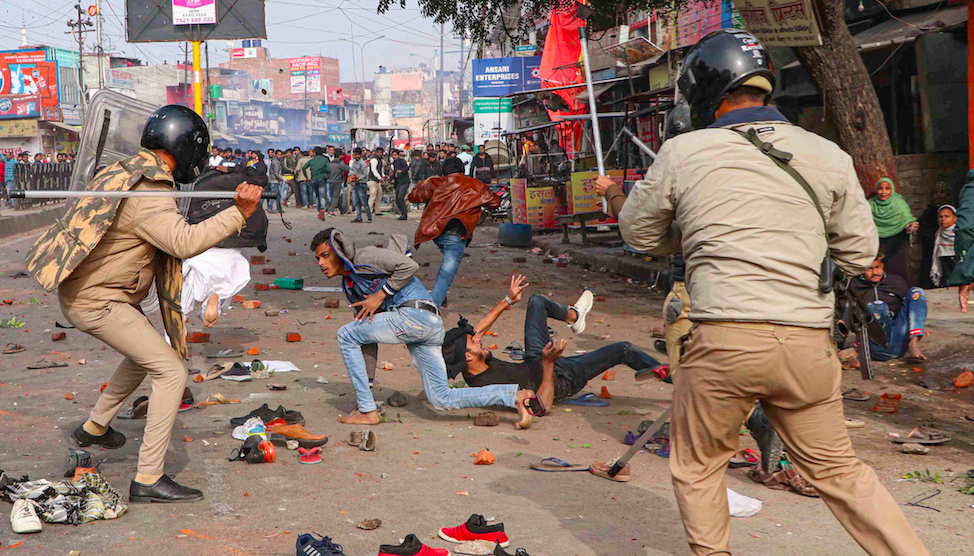 Al Jazeera profiles five Kashmiris whose lives have been adversely affected by the revocation of autonomy. (Aljazeera.com, 5 Aug 2020)

Beyond the usual background of Muslims being persecuted or killed in the world, recent days have brought tragedy upon pain.

4th of August, explosion in Lebanon, killed over a hundred (so far) and injured thousands, crippling a nation already beleaguered by calamity.

5th August, in what is now a de facto fascist Hindu country, also brought the twin tragedies of India. Firstly, of the inauguration of a temple established upon a lie which could not stand up to legal, rational scrutiny, the destruction of Masjid Babri and the lives of 2000 Muslim ‘citizens’. No real accountability for the 1992 massacre of Muslims. No consequences, for the destruction of a masjid. Where are all those who were so raucous at the return of Hagia Sophia to the Muslims?

The other tragedy, is the anniversary of a new phase of persecution and oppression in Kashmir. According to India’s PM, the Kashmiris are happy with the Hindu government’s oppression. Strange then that they had to impose a lock-down, perhaps to suppress the expressions of Muslim ‘joy’ in Kashmir.

Tragically, the even greater horror is that, these calamities, are happening against the backdrop of on-going persecution of the Ummah of Muhammad ﷺ, all over the world. China’s on-going slow genocide of Uighurs, and now wider oppression of Muslims, the Zionist regime’s barefaced persecution, killings and theft of land in Palestine. The slaughter of Muslims in Syria by a minority totalitarian regime and their allies. The ongoing suffering in Yemen at the hands of puppet leaders. There are too many tragedies, taking place this very moment across the Muslim lands. The kuffar colonialists may have divided and infected us with their diseases of nationalism, but we are in fact all united by our pain at the hands of those who hate and harm us, and want our wealth and lands. Muslim lives, clearly do not matter.

It is not surprising, that the kuffar and mushriks will lie, cheat and kill to get what they want. They will even tweak and trade their ‘values and principles’ for wealth. It is natural that they will oppress, divide and subjugate us and put in place puppet leaders who will keep us truly enslaved and divided and in exchange for the West’s support to keep them in power. It is natural for persecution, suffering and slaughter to appear in the world without Islam.

If du’as alone were enough to remove the munkar and establish the Khair, Rasulullah ﷺ and his noble companions radhiallahu anhum, would not have worked so assiduously to call to Islam and establish the Daulah in Madinah. And fought to defend it, and on to liberate Ash Shams, Al Quds and Constantinople. They would have stayed in Makkah and merely focused their efforts on du’a and dzhikr.

Remember, we are also united by our Aqeedah. True and sincere Aqeedah, demands that we act. Reject the ‘scholars for dollars’ propped-up and approved by the enemies of Islam.

We must answer the call and embrace all of the Sunnah of Rasulullah ﷺ, both in Makkah and Madinah. Answer the call of Allah and return the Answer of Islam, to the crimes that have been committed against this noble Ummah, and the wider humanity of this world.