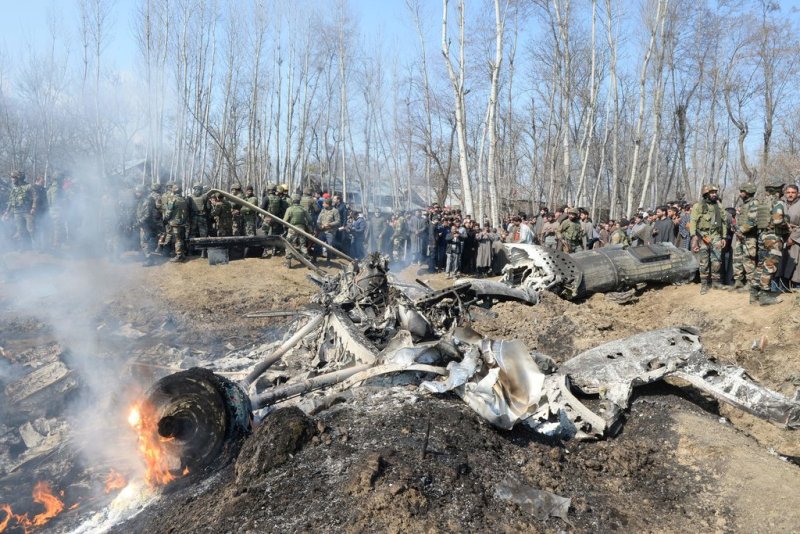 Pakistan’s leadership is clearly compromising with India, with Imran Khan declaring on 24 February 2019, “PM Modi should give peace a chance.” Committed to compromise, it renounces attacks on the occupying forces of the Hindu State as “terrorism,” whilst calling for normalization, trade and improved ties with the Hindu State.

However, compromise before the aggressor does not reduce the aggression, but invites more, exposing the Muslims to more danger and misery. The Muslims of Occupied Kashmir will never know of peace from the vehemently anti-Muslim, Hindu State. Anti-Muslim feelings are entrenched within the Hindu State as confirmed by Modi’s dependence on war hysteria against Pakistan to win elections. Any compromise with the Hindu State over Kashmir will not end hostility, for the Hindu ruling elite regards all of Kashmir as its “Atoot Ang” (Integral Part) and Pakistan as its rebelling province. Indeed, the Hindu Mushrikeen are as Allah (swt) informed us of all Mushrikeen, Allah (swt) said, لَتَجِدَنَّ أَشَدَّ النَّاسِ عَدَاوَةً لِلَّذِينَ آمَنُوا الْيَهُودَ وَالَّذِينَ أَشْرَكُوا “You will surely find that of all the people, the most hostile to the believers are the Jews and the mushrikeen.” [Surah al-Maidah 5:82]. Far from averting hostility, Imran’s defensive compromising stance strengthens the hand of the aggressor, Modi. Compromise on “Kashmir Banegay Pakistan” (Kashmir will be Pakistan) will lead to division of Muslims before their hostile enemy. Compromise will deliver a victory to the Hindu State that it could not achieve itself in over seven decades, despite its deployment of numerous forces before a poorly armed but defiant population. Moreover, Imran’s compromising stance assists the US plan for the Indo-Pak relations, which involves Muslims making way for the rise of the Hindu State as the dominant regional power.

O Noble Officers of Pakistan Army! Imran’s compromise with the aggressor promises false hopes of prosperity and security, but delivers misery and humiliation. Aggression is only averted by making gains for strength and dominance over the aggressor. Matters are in your favor. The bigotry of the Hindu elite has rendered their rule fragile and brittle, with the unrest in Occupied Kashmir as a glaring example. The Muslims of Occupied Kashmir are bonded to you by our Great Deen and patiently long for liberation at your hands. The tide of history has shown that the people of the Indian Subcontinent readily embraced Islamic ruling previously to end the oppression of the Hindu elite, enjoying centuries of prosperity and security thereafter. The first step to liberate the region from the dark shadow of the Hindu State is to re-establish the ruling by Islam, through your Nussrah for the Khilafah (Caliphate) on the Method of Prophethood. It is your Nussrah alone that will set the Muslims on the firm path for dominance of Islam over the Hindu Mushrikeen elite, earning the pleasure of our Lord (swt). Allah (swt) revealed, هُوَ الَّذِي أَرْسَلَ رَسُولَهُ بِالْهُدَى وَدِينِ الْحَقِّ لِيُظْهِرَهُ عَلَى الدِّينِ كُلِّهِ وَلَوْ كَرِهَ الْمُشْرِكُونَ “He is the One who sent His Messenger with the Guidance and the Deen of Truth to dominate over all other ways of life, even though the mushrikeen may detest it.” [Surah At-Tawba 9:33]. So respond!