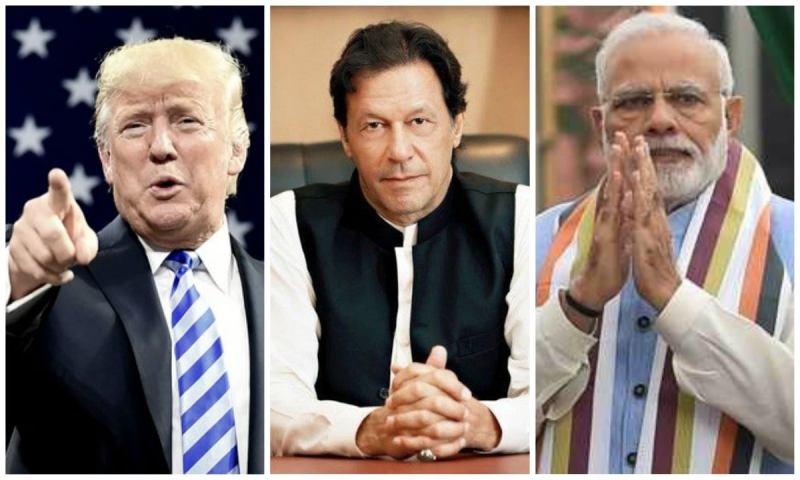 Imran Khan is working as an instrument of Trump and Modi in their crusade to crush the noble resistance in Occupied Kashmir, which until now firmly holds to the idea Kashmir banaegay Pakistan (“Kashmir will become part of Pakistan”). On 4 March 2019, Pakistan’s  Federal Government issued the United Nations Security Council (Freezing and Seizure) Order, 2019 in accordance with the provisions of Pakistan’s United Nations Security Council (UNSC) Act, 1948 (Act No. XIV of 1948). The order is part of the Bajwa-Imran regime’s action against groups that have loyally supported the noble resistance in Occupied Kashmir for decades, by all means that are available to them.

O Muslims of Pakistan! Despite Modi’s belligerence and domestic weakness, Imran is now granting an election gift to Modi by steadying the brutal grip of his demoralized armed forces over Occupied Kashmir. Imran Khan is choking the Kashmiri resistance of support, even though actively arming and fully supporting the resistance in Occupied Kashmir at this time would expel the exhausted Indian forces out of Occupied Kashmir. Imran Khan is firming Modi’s grip over Occupied Kashmir, even though Pakistan’s noble armed forces have clearly demonstrated their capabilities, by firmly smashing the ongoing misadventures of the Hindu State, sending it reeling in panic. Imran Khan is paving the way for Indian dominance over Occupied Kashmir, even though declaring Kashmiri resistance and support for it as “terrorism” is part of the US plan to allow the Hindu State to rise unchallenged as the regional hegemon. Imran is abandoning the Muslims of Occupied Kashmir to the authority of the hostile Hindu State, even though Allah (swt) said, وَمَا لَكُمْ لاَ تُقَاتِلُونَ فِى سَبِيلِ ٱللَّهِ وَٱلْمُسْتَضْعَفِينَ مِنَ ٱلرِّجَالِ وَٱلنِّسَآءِ وَٱلْوِلْدَانِ ٱلَّذِينَ يَقُولُونَ رَبَّنَآ أَخْرِجْنَا مِنْ هَـٰذِهِ ٱلْقَرْيَةِ ٱلظَّالِمِ أَهْلُهَا “And what is wrong with you that you fight not in the Cause of Allah, and for those weak and oppressed among men, women, and children, whose cry is: Our Lord! Rescue us from this town whose people are oppressors.” [Surah An-Nisa’a 4:75]. It is upon us all to raise our voices in open rejection of the conspiracy against the Kashmiri resistance, for it yields nothing but humiliation in this life and punishment in the hereafter.

O Lions of Pakistan’s Armed Forces! Clearly, Imran Khan is now striding down the same path of treachery of Musharraf and Nawaz Sharif before him, even though before elections his stance was Modi ka Jo Yaar Hey Ghaddar Hey Ghaddar Hey (“The friend of Modi is a traitor.”) It is upon you to halt the conspiracy against Muslims of Pakistan and Kashmir in its tracks. Azad (Liberated) Kashmir was liberated by force and so will Occupied Kashmir inshaaAllah, at your hands. Grant your Nussrah now for the re-establishment of the Khilafah (Caliphate) on the Method of the Prophethood. Re-establish the shield of the Ummah so that the Ummah is finally protected from her enemies by your blood, fire and steel. RasulAllah ﷺ said, «إِنَّمَا الْإِمَامُ جُنَّةٌ يُقَاتَلُ مِنْ وَرَائِهِ وَيُتَّقَى بِهِ» “Indeed, the Imam (Khaleefah) is a shield, from behind whom you fight and by whom you are protected.” (Muslim)