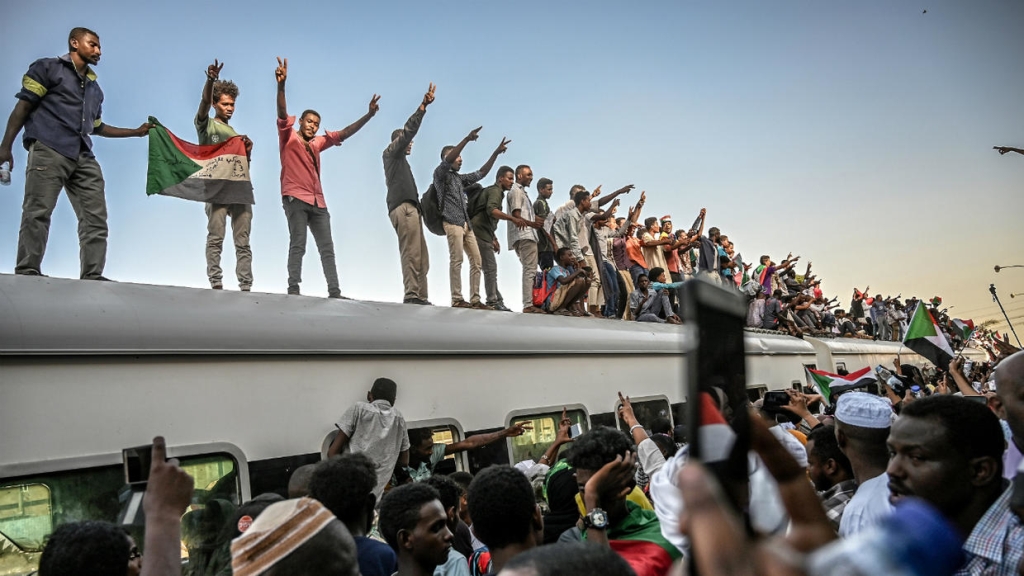 While addressing the so called the Green March rally, on Saturday 14/12/2019, in front of the Republic Palace Gate, the spokesman who addressed the rally mentioned his gratitude for the attendance of Hizb ut Tahrir.

Allah the Truth Blessed and Elevated says: يَا أَيُّهَا الَّذِينَ آمَنُوا إِنْ جَاءَكُمْ فَاسِقٌ بِنَبَإٍ فَتَبَيَّنُوا أَنْ تُصِيبُوا قَوْمًا بِجَهَالَةٍ فَتُصْبِحُوا عَلَى مَا فَعَلْتُمْ نَادِمِينَ “O you who believe! If a rebellious evil person comes to you with a news, verify it, lest you harm people in ignorance, and afterwards you become regretful to what you have done.”

We in Hizb ut Tahrir / Wilayah of Sudan, confirm that we have not participated in the organization, or prepared for this rally and have not attended for the following reasons:

First: The purpose of the rally was not for ruling by the Shar’a of Allah, under the shade of its State the second righteous Khilafah (Caliphate) upon the method of Prophethood.

Second: The callers of this rally were unknown, so the people do not know who are they exactly, and who is behind them and what it is their goal!

Third: By looking at the rally’s slogans and its launching coinciding with the sentencing session of the case of the ousted president, that is related to dealings with money, all this confirms that those running the rally have a close relationship with the defunct regime, that has never ruled with what Allah has revealed, than it was cast in the dustbin of history, with no one feeling sorry for it, and the current regime will follow it inshaAllah, since it insists not to rule by what Allah has revealed and it depends on the colonial Kaffir, in fact some of the officials avow their hostility towards Islam openly!!

Fourth: Surely, Hizb ut Tahrir did not participate, flatter the despots when they were in their palaces, so how can they flatter their followers while they are in the darkness of prisons and are chased by the curses of the people?!

Fifth: No one called us to discuss with us about going or not going to the rally, because everyone knows that Hizb ut Tahrir does not meet with others in the middle of the road, because it is an ideological party that it stands on the basis of Islam, and refuses flattery and appeasement.

Due to all of these reasons and others, Hizb ut Tahrir does not witness false processions, and its purpose upon which it was found, is crystal clear like the sun in the midst of the day, and its the purpose of every honest trustworthy Muslim, which is to resume the Islamic way of life; by reestablishing the second righteous Khilafah (Caliphate) upon the method of Prophethood, and it is the only purpose for which Hizb ut Tahrir goes out for in order to achieve it to place Allah’s (swt) authority on His earth. لِمِثْلِ هَذَا فَلْيَعْمَلِ الْعَامِلُونَ “For the like of this let the workers work.”