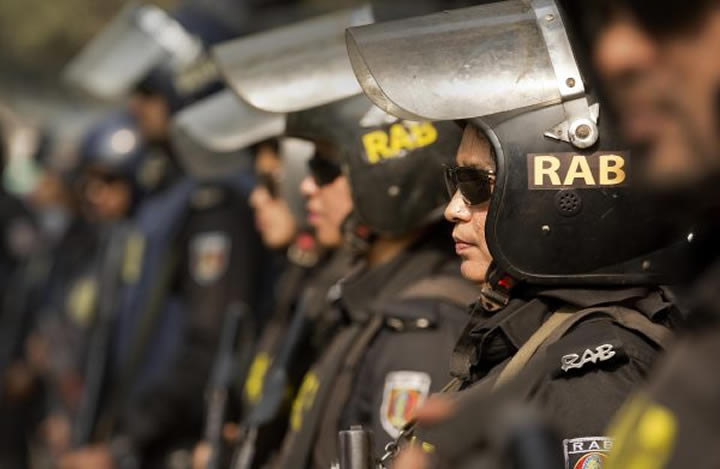 Tyrant Hasina Regime has introduced a New Heinous Tool to Suppress the People, the “On-site Identification and Verification System (OIVS)”

To suppress the people of the country, giving the excuse of identifying criminals Hasina regime has introduced a heinous new tool, “On-site Identification and Verification System (OIVS)”, at check-posts set up by RAB (Rapid Action Battalion) at important roads of Dhaka City. In the name of ensuring security, this type of activities is done against the Muslims by the usurper Zionist forces in Palestine and the occupier Indian forces in Kashmir to maintain their suppression. Hasina regime has introduced this tool at such a time when the people are at the point of outburst in anger and protests, and the hearts of Muslims are bleeding with sorrow on Narendra Modi’s visit in Bangladesh.

Introducing this type of activity in the midst of unprecedented security, Muslim-hating Hasina regime is showing its credit and sending the message to Modi that she is on his side and is the foremost foot-soldier of Indian Mushrik rulers in their aggression against Muslims. You know that, regarding the brutal repression of Muslims in Kashmir by the Indian security forces, Hasina regime has repeatedly supported and expressed her stand with the Indian Mushrik rulers. In this way Hasina regime has exposed her face of hatred for Muslims and loyalty to the Mushrik state India, and she did not show any hesitation in this. Allah (swt) says,

“Surely the wrongdoers are patrons of each other, whereas Allah is the Patron of the righteous.” [Al-Jathiyah: 19].

O Members of the Security Forces, do not extend Hasina’s hand of tyranny and do not stand against the people. Fear the wrath of Allah (swt); we want to remind you that, Allah (swt) did not destroy only the Pharaoh for his transgressions, but also drowned and destroyed in the Nile River all his entourage in the security and military forces.

O Muslims, we want to remind you again and again, and we will not be tired in doing so, that the only way to stop Hasina’s tyranny permanently is to remove her from power and establish the Khilafah (Caliphate); so come forward in this work. Only the Khaleefah (Caliph) is the ruler who will be compassionate to the believers and extremely harsh to the oppressor Kufr rulers.

“Muhammad (saw) is the Messenger of Allah, and those who are with him are severe against disbelievers, and merciful among themselves”. [Surah Al-Fath: 29]