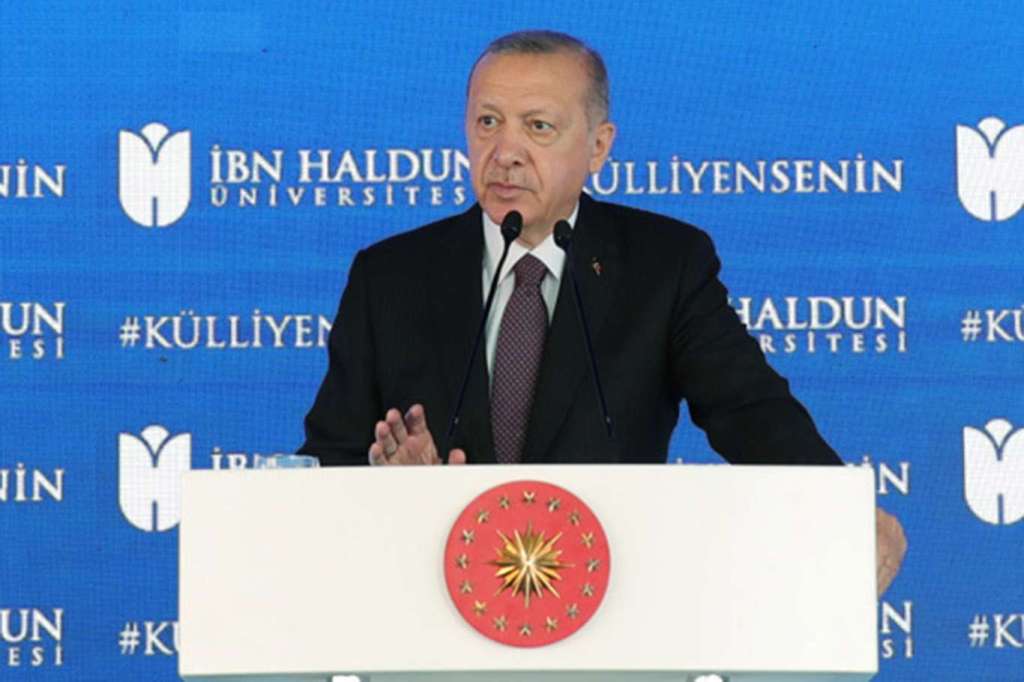 President Recep Tayyip Erdoğan spoke at the Opening Ceremony of Ibn Khaldun University. “I think that over the past 18 years, with sincere accounting, we succeeded in historical monuments and services in all areas, but we have not been able to make the progress we have desired in education and culture. After all, as a country and nation, we were affected with the idea of Westernization. It is the greatest loss of our republic that the road we intended to raise generations who are independent minded, knowledge independent and conscience independent, has transformed from the far right, the most vulgar, the most distorted to a Western imitator.” he said. (AA 19.10.2010)

In fact, the situation of today’s governors is no different from that of this example. The fear of falling from where they are puts distances between them and the society. It is totally weird to talk about the evil of West and to govern the society according to the Western policies. Above all, expressing this issue as a loss for the Republic, is totally fooling the society. You are objected by the following verse because you deceived the society by putting them into the stage of democracy on the cover of raising religious generations, even your government exist in every field. Let stay raising religious generations, you are creating a generations departing more and more from its religion every day; وَإِذَا تَوَلَّى سَعَى فِي الأَرْضِ لِيُفْسِدَ فِيِهَا وَيُهْلِكَ الْحَرْثَ وَالنَّسْلَ وَاللّهُ لاَ يُحِبُّ الفَسَادَ “Whenever he attains authority, he goes about the earth spreading mischief and laying to waste crops and human life, even though Allah (whose testimony he invokes) does not love mischief.” [al-Baqarah: 205]

From which imitation do complain about since you are governing and are the executive authority and associate with the enemies of Islam, sign economic, political and military treaties with them? What kind of conscience, what kind of permission is it that you play with the codes of this society in order to enter the European Union (EU) and try to sell your morality, values and faith for a small benefit?

Aren’t you the one who has legislated adultery in order to enter EU? Aren’t you the one who gave legal permission to LGBT, which is cursed by Allah, and provide them to form association and to make them form public opinion? In which field made your imitations proceed the Muslims since you, who have adopted gender equality to the society, destroyed the family, generation and society. Today, you are in power, but also enamoured to the west which runs the core of democracy. With all these aspects, how would you dare to speak about imitation?

I wonder if the president is aware of its inconsistency, by implementing what is far from the hadarat (culture) of Muslims but close to the West and applied it to the Muslim people. Following this he speaks about the past and the superiority of Muslims in Science, Technical technology and art. The reason why Muslims served as a model for the world in science and Ilm (knowledge) in the past is because they had implemented the order of their religion they believed in every division of life, rule with Khilafah (Caliphate) and apply the Shari Ahkaam. If President Erdogan is truly sincere in his words, if he is proud of the history of Muslims, if he intends to make his Ummah live again the superiority in science and technique, to create a generation that will also guide the world which will bring the infidels to their knees, he should immediately abandon the rule of the secular democratic order that Islam considers blasphemy and should repent. After that, he should consider ruling with the provisions of Islam as a matter of life and death. In this way, they become rulers whose words confirm their words. Otherwise, the Ummah will continue to be in one valley and they will continue to be in another one.