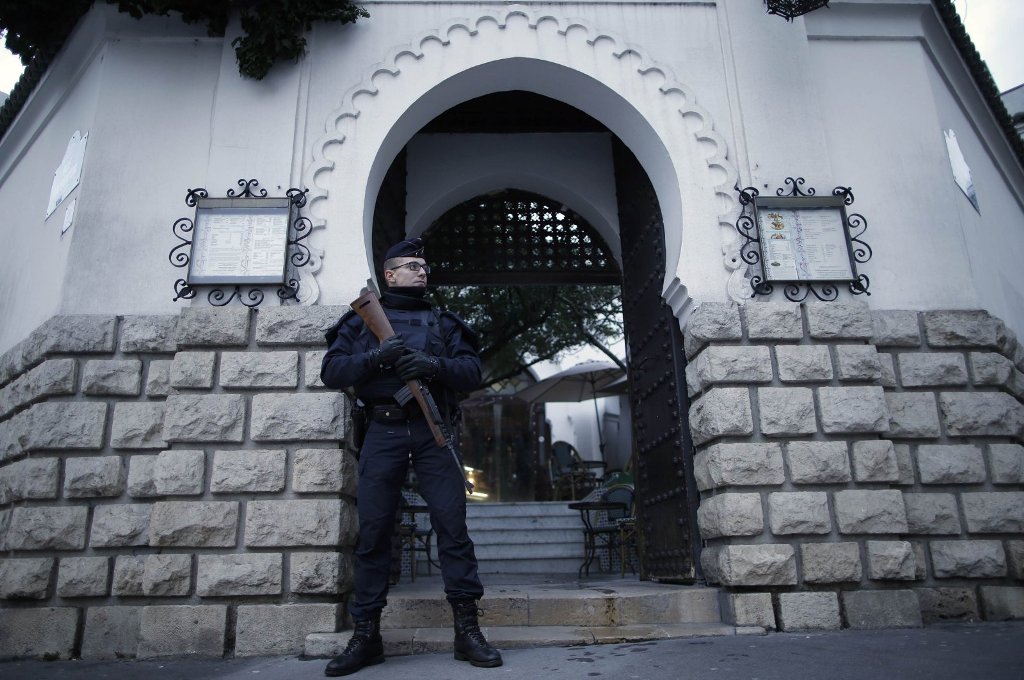 The recent witch-hunt of France against the Muslims is just one of its expressions in its long history of hatred against Islam and the Muslims. Muslim blood is still dripping from their murderous hands while they chant their empty slogan: “Liberté, égalité, fraternité”! It is behind this façade they colonize, slaughter and oppress the other. Nevertheless, when election time comes, some of the Muslims are lured in to voting for secular parties in the secular system in the hope to find some kind of relief or benefit for the Muslim societies. Besides the clear Shar’i perspective on this issue, how reasonable is this from a reality perspective?

The core idea of the Western Enlightenment philosophy and secularism is that it is against the concept of interference of God in their ruling and organisation of their lives. The different religions and their followers are tolerated as long as their belief is merely a-political and dissolve within the secular system. Otherwise it demands of its followers to change their religion (read: like the demand for a liberal Islam) and assimilate in the dominant secular culture. Even if the followers don’t work to change the Western societies and abide by the laws in the public sphere. This is because the precondition of the secular states to accept you is that you, not only have to abide by the rule of law but also have to believe in the secular values and show loyalty to it. With other words: secularism is not a synonym for their cheap slogan “freedom, equality, fraternity” but for repressive assimilation.

That’s why it deliberately stirs the emotions of the people against Islam in order to justify its repressive and discriminatory policies and whenever the rule of law is contradicting their policy, they simply change or adjust the law. Like the pagans of Arabia in the time of the Prophet ﷺ. They worshipped handmade gods made of dates and whenever they were hungry, they ate them.

They even force the Muslims to accept the vilification of our beloved Prophet ﷺ and started initiatives to “change” the Nobel Quran and to create a “French, or liberal Islam.” This radical secularist mindset has become common ground for all the Western countries in their policies against Islam and the Muslims. So, the idea of a “neutral state” regarding the different religions and groups in the society, and inclusivity of all regardless of their background, has proven to be a major lie.

When this is going on, how is it possible for Muslims living in the West that they can expect some kind of benefit for the Muslim societies by involving in political participation within this bankrupt system which is openly against Islam?

The sad part is that the Muslims, again and again, have been misled in regards of political participation and voting in this corrupt system. In the case of France; the Muslims have voted massively for the “moderate” centrist candidate, Emmanuel Macron who is the current president because they were afraid that the far-right party of Marine Le Pen could come to power.

Before the elections the far-right leader Le Pen, had railed against “street prayers”, describing it as an “invasion of Islam” in French society. However, it was President Macron who banned “street prayers” and gave order to the raid mosques all across France. At least 73 mosques and Islamic private schools across France have been closed by authorities since January, in a bid to combat “extremist Islam”.

Before the elections, Macron called the party of Le Pen “the party of hatred” and said “I won’t accept people being insulted just because they believe in Islam.” Now he ensured that the disgusting Charlie Hebdo cartoons are projected on a government building. He even closed the Grand Mosque of Pantin because they shared a video criticizing the cartoons of the Prophet saw.

Le Pen has called Muslims a “mortal danger” for France. Macron accused her of dividing France and stoking “civil war”. Now Macron declares that “Islam” is in “crisis” and vows to fight the Muslims and labels them as “Islamist separatism.”

Even the non-profit organization, Collective against Islamophobia in France (CCIF) which documents Islamophobic incidents, is on the targeted list of organizations to be dissolved. A remarkable paragraph in its annual report of 2016 CCIF states:

“Besides its presence within the ECOSOC council attached to the UN, the CCIF submits each year its data to the Organisation for Security and Cooperation in Europe (OSCE) which uses them within its annual report on hate crime. The CCIF also participates in the annual conferences of the Department of Democratic Institutions and Human Rights (DDIHR) in which the progress (and setbacks) in the field of human rights are examined. 57 countries participate in those sessions, including France.”

So, even if Muslim organizations work within the realm of the secular framework, they are not tolerated and bound to be dissolved. That’s the message France and other western countries send out to the Muslims.

The irony is that Macron came to power with the votes of Muslims. Which makes them sadly participants in the hate campaign against Islam. Knowing this, how can we be fooled time and again to be lured in political participation in a bankrupt system, that regards Islam as its enemy, to achieve some kind of benefit for the Muslim community?