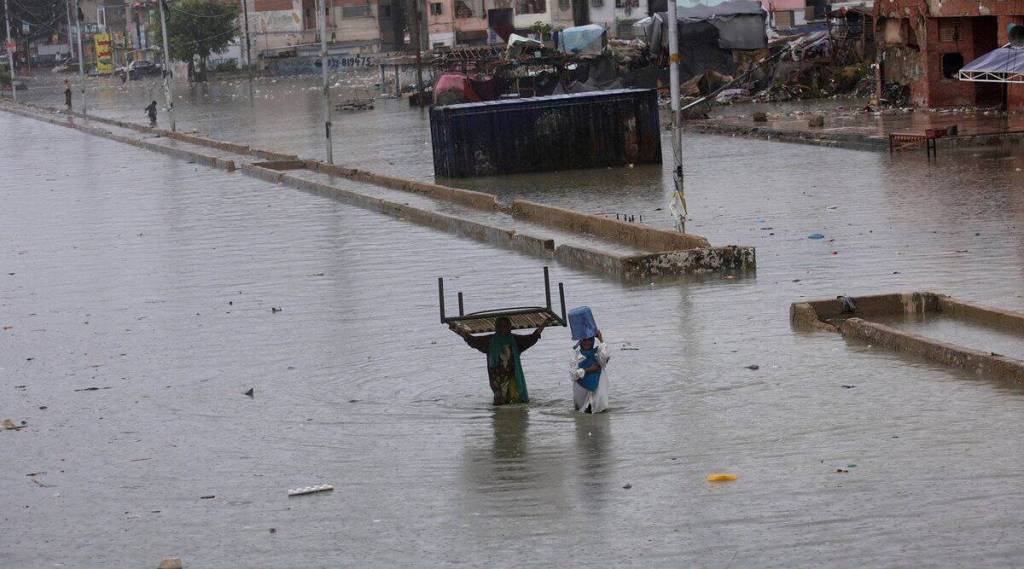 and Never by the Flawed, Divisive Federal Parliamentary Democracy or Presidential Republic

Many areas of Karachi remain submerged in a mixture of rainwater and sewerage, with widespread disruption in the supply of electricity, several days after torrential rains wrecked Karachi’s long-neglected, dilapidated infrastructure. Facing mounting public fury, the Bajwa-Imran regime awoke from its two-year slumber to announce that it is now working on a ‘Karachi Transformation Plan.’ However, the decades-long, deep-rooted and wide-ranging problems of Karachi cannot be solved by pragmatic, reactionary patchwork to the flawed and failed federal democracy, whether through repeal of the eighteenth amendment, enforcing a presidential system, making Karachi a separate province or handing Karachi over to army control.

The federal state structure institutionalizes factions in the society, dividing it into smaller political societies at provincial and city levels. It then grants fiercely competitive factions access to elective government in a three-tiered governance structure, federal, provincial and city level. Due to ruling by opposing parties in the various tiers, federal democracy causes destructive power struggles, with the affairs of people woefully neglected. Additionally, in the name of accountability, both parliamentary and presidential Democracy divide power across government, within ministries, institutions and government tiers, resulting in shared ruling. Such division of power causes both chaos in government and a lack of accountability, as is evident in the recent crisis in Karachi. As Karachi drowned, every state official at the federal, provincial and city level passed the buck of responsibility on to others, with no-one being held accountable for the mess that Karachi finds itself in today. Adding to the woes of the people, Democracy also gives the representatives in the assemblies the authority to make laws according to their whims and desires, opening the way for manipulation of law to serve their own interests, whilst neglecting the affairs of the Ummah.

In contrast to Democracy, the ruling system of the Khilafah mandates that the Khaleefah himself is directly responsible for the actions of the Walis in the provinces and Aamils in the cities. The Khaleefah has full authority to replace the incompetent Wali or Aamil with capable ones, upon the complaint of the people. The Khilafah views the whole society as one whole, whilst the division of the state at provincial and city levels helps rule these areas as a single society, under a centralized structure led by the Khaleefah. Although ruling authority is centralized in the Khilafah, executive administration is decentralized to ensure speedy response in any crisis. The Khilafah allocates state resources to the provinces and cities, not on the basis of their representation in the state, but according to the Shariah rulings and the need of the society. In the Khilafah, the Khaleefah, Walis and Amils are all bound to rule by Quran and Sunnah and came from the Islamic qiyyas and the consensus of the Companions, whilst neither the Council of the Ummah in the center nor the councils in the provinces make law unlike today’s parliaments but account rulers on the basis of Islam. Indeed it was the mighty Islamic civilization which established the flourishing cities of Samarkand, Bukhara, Grenada, Baghdad, Cairo, Damascus and Istanbul as the shining beacons of prosperity and tranquil urban life for the world for centuries. And inshaaAllah, it will be the Khilafah (Caliphate) on the Method of Prophethood again that will revive Muslim cities like Karachi, Lahore, Kabul, Tehran, Srinagar, Dhaka, Jakarta and Tunis, so that they become beacons for the world today.