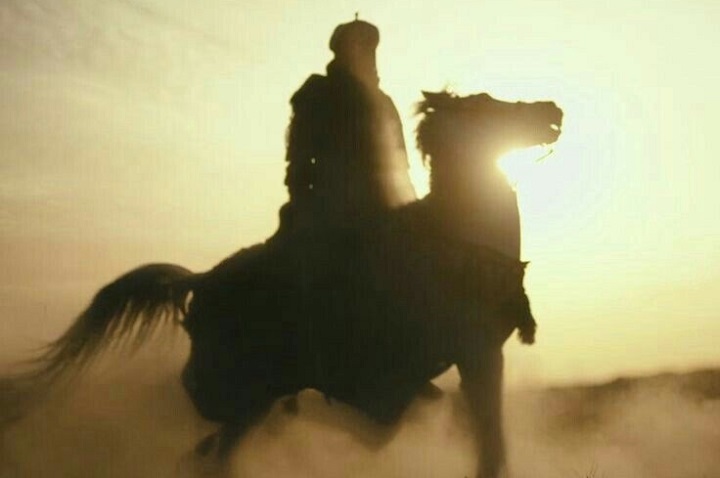 Question:
History records for us a dialogue that took place between the great companion Rab’ei bin ‘Amer and Rustam, the leader of the Persians, about the general ideas of Islam and jihad, so what was said about it?

During the conquest of Persia by the Muslims, he sought the Muslims for a delegation to talk to Rustam, the leader of the Persians. This is due to his definite desire for peace, or any other means by which the Muslim army returns without entering into a war with it, so Rab’ei bin ‘Amer went to meet Rustam, and Rabe’i was not one of the leaders of the Islamic armies, but a master of his people.

Here is the conversation…

Rustam: Permit him to enter.

So Rab’ei entered with his horse on the rugs (carpets) in front of him, and when he entered with his horse, he found the pillows with gold; thus he cut off one of them, passed the bridle of his horse in it and tied it to it, then took his spear, and headed towards Rustam while he was leaning on it, and the spear was in the rugs and he cut it. Rustam began to speak.

Rab’ei: We do not like to sit on your adornment

Rustam: What brought you?

Rab’ei: Allah has sent us to take the servants out from the worship of the servants to the worship of the Lord of the servants, and from the injustice of religions to the justice of Islam, and from the narrowness of the world to the spaciousness of this world and the Hereafter. Whoever accepts that from us, we will accept him, and if he does not accept that, we will accept the jizyah from him, and if he refuses, we will fight him until we gain victory.

Rustam: You may die before that.

Rustam: I heard your words (i.e. I understood your point), so could you postpone us until we take an opinion with our leaders and our people? [He asks him for a time to think about it.]

Rab’ei: Yes, I give you how much you like: a day or two

Rustam: No, but give me more; I am addressing my people in the cities

Rab’ei: The Messenger of Allah has decreed for us that we should not set our Athaan against the enemies, and that we should not delay them when meeting for more than three days (that is, only three days so that they are not able to prepare themselves against us and rectify their affairs), then I give you three days after that; Choose Islam and we will return from you or the jizyah, and if you are in need of our victory, we will help you, and if you are not in need from our victory, we will turn away from you, or fight you on the fourth day. And I guarantee you on behalf of my people that we do not start you to fight until the fourth day, unless you start us (i.e.: I guarantee you that the Muslims will not fight you except on the fourth day).

Rustam: Are you their master? (i.e.: Are you the master of the people and their leader, so that you can guarantee me that they will not fight me?).

Rab’ei: No, I am a man from the army, but our lower rank can convince our higher one. (He means that if the least of a man among us says a word, or a promise, he must fulfill it openly)

And Rustam again spoke to his entourage

But they refused to enter into treaty.

The Muslims were victorious and the Persian state ended. End Quote.

Brother, is this dialogue true or is it false?

Oh my brother, this is the honour and protection of Islam and the lack of fear except from Allah the All-Mighty… This story is found in several sources with a difference in some expressions without changing the general meaning, and from the sources that you quoted:

And yes, as it came in these sources (…The interpreter said to him: What brought you? He said: Allah has sent us to bring His servants out of the narrowness of the world to its spaciousness, and from the oppression of religions to the justice of Islam, and He sent us with His religion to His creation, and whoever accepted it, we accepted him and left him and his land, and whoever refused we would fight him until we gain paradise or victory. Then Rustam said: Can you delay this matter until we look into it? He said:

Yes, how much should I give you a day or two? He said: No, but until we write to the people of our opinion and the leaders of our people. He said: Among the things that the Messenger of Allah, peace and blessings be upon him, prescribed for us is that we should not empower the enemies more than three, so consider your affairs and their command and choose either Islam, and we leave you and your land, or the jizyah, so we accept and leave you, and if you need us, we will help you, or we fight in the fourth if you fight, and I am responsible for this on behalf of my companions. Usaid said: Who you? He said: No, but the Muslims are like a single body, allowing one from another, allowing the lowest over the highest…)

And yes, this is the honor of Islam, a victory in this world and the Hereafter:

“He will forgive your sins, and admit you into Gardens under which rivers flow, and ˹house you in˺ splendid homes in the Gardens of Eternity. That is the ultimate triumph. *˹He will also give you˺ another favour that you long for: help from Allah and an imminent victory. ˹So˺ give good news ˹O Prophet˺ to the believers.” [TMQ As-Saf:12-13].