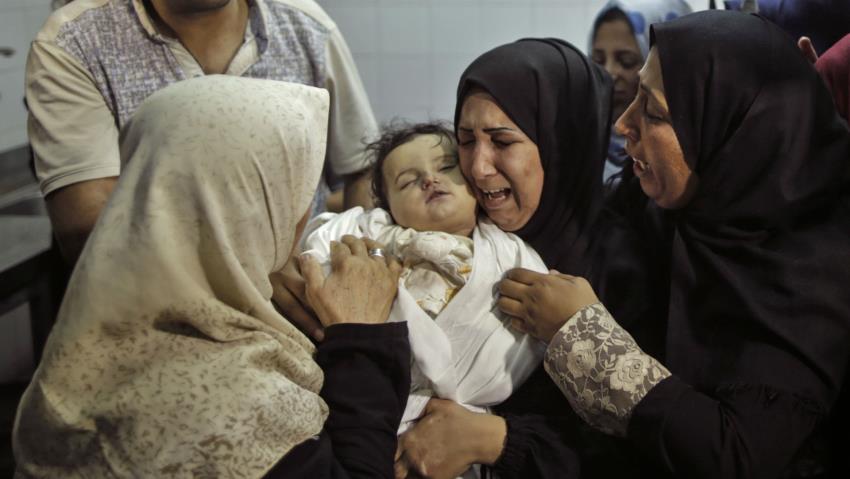 An important character trait that is nurtured and cultivated by the Islamic Aqeedah is empathy. Empathy is described as the ability to understand and share the feelings of the other. It is the process of doing one’s best to understand what it feels like to be in the situation of the other.

In Islam, “Empathy”   isn’t only seen as a means to feel and understand the other; it also requires the individual to act upon what they are seeing and feeling. As we can see in the following hadith; The Prophet ﷺ said : «لا يُؤْمِنُ أَحَدُكُمْ حَتَّى يُحِبَّ لأَخِيهِ مَا يُحِبُّ لِنَفْسِهِ» “None of you will have faith till he wishes for his (Muslim) brother what he likes for himself.”

So for us to be able to fulfil this important obligation we not only need to understand the other, we should also hope for them what we would want for ourselves. Also, the Quran reminds us of the importance of this beautiful trait when describing the character of our beloved Prophet  : لَقَدْ جَاءَكُمْ رَسُولٌ مِّنْ أَنفُسِكُمْ عَزِيزٌ عَلَيْهِ مَا عَنِتُّمْ حَرِيصٌ عَلَيْكُم بِالْمُؤْمِنِينَ رَءُوفٌ رَّحِيمٌ “There has certainly come to you a Messenger from among yourselves. Grievous to him is what you suffer; [he is] concerned over you and to the believers is kind and merciful.” [Chapter 9, Verse 128]

We know that the Prophet was sent to us as the best example of human kind, an example to be followed, as he ﷺ tells us in the following hadith: «بُعِثْتُ لأُتَمِّمَ حُسْنَ الأَخْلاَقِ» “I was sent to perfect good character.” (Malik)

So, empathy in conclusion is an important trait that every Muslim should aim to have.

Empathy is actually a trait which is globally valued. It is seen as an important quality which societies would aim to nurture within the individual. But without the guidance of Islamic concepts which teach the individual and society the difference between right and wrong and what should be seen as allowed (halal) and what not (haram), empathy could lead to very wrong conclusions and dangerous decisions making.

There are two types of empathy: affective empathy, when you see pictures of the suffering of people and you also feel their pain and cognitive empathy when you try to understand the perspective of the other.

The danger with empathy without Islamic guidance is that society e.g. the media outlets will highlight the plights of those for whom they wish we feel empathy.

If those highlighted by the media outlets are in need of our empathy from an Islamic perspective, then this can lead to much good, such as sending sadaqa to those in need or sending physical help after a natural disaster.

But it becomes a problem when those for whom we should feel empathy become biased and guided by un-Islamic criteria. When, for example, the suffering of some is preferred over the suffering of others. When the misery of some is emphasized for political gain. We will then see that we are given personal information of the so-called victims, we are given a face to personalize the victim, we hear their names and their personal stories are featured.

An example of this kind of biased empathy is the Palestine cause in which the so called “suffering” of the occupier has become greatly highlighted through the means of both kinds of empathy, through affective empathy by overly emphasising the stories of the occupiers and by bringing in old stories and images of the suffering of the Jewish people during WW II, but also through cognitive empathy by continuously repeating the need for a safe haven after their predicament during the holocaust. You see that many people fall for this rhetoric and actually sympathise with the occupier instead of the real victims, the people of Palestine. Also, the suffering of the people of Palestine is actually dehumanized in an attempt to diminish empathy. Victims are hardly spoken about, let alone learning their names and stories. So now we see that empathy has become a very poor moral decision maker.

Another example where empathy without Islamic guidance becomes a trait which can lead to very wrong decision making is the great emphasis on cognitive empathy when promoting LGBT issues on to society. A mere example is the transgender issue where we are bombarded with stories about the struggle of individuals who feel they are in the wrong bodies. We read their emotional childhood stories and their struggle for acceptance all in an attempt to trigger our cognitive empathy into accepting their struggle and their solutions. Society continues to do so even though there is a growing sound that sex-change operation doesn’t reduce the suffering within these individuals. Again empathy becomes a poor moral decision maker.

So in conclusion, even an important trait, like empathy, becomes meaningless and can do harm instead of good without the complete guidance of Islam. When we take this trait out of the Islamic context, we can also start feeling empathy for the wrong causes. We, therefore, need to understand that the essence of this beautiful trait, which is promoted by our beloved Prophet, cannot be grasped without the complete guidance of the Islamic system directing our thoughts and actions.

“I hear an infant crying so I make the prayer short.”