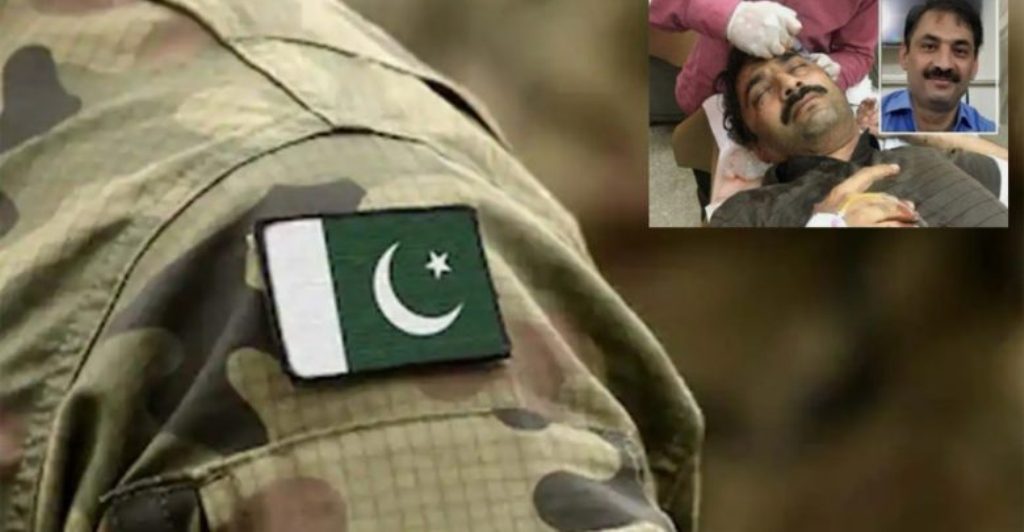 On August 27, Pakistani investigative journalist Ahmad Noorani dropped a bombshell with a story on the assets of retired Lieutenant-General Asim Saleem Bajwa and his family. Noorani provided documentary evidence of Bajwa and his brothers getting rich in the US and gave details of their pizza franchises and other companies in the US, the United Arab Emirates and Canada. Asim Bajwa, former director general of Inter-Services Public Relations (ISPR), now is chairman of the CPEC (China-Pakistan Economic Corridor) Authority, and also serves as special adviser to Prime Minister Imran Khan on information and broadcasting.

According to that article published by Fact Focus, in his official declaration of assets, Bajwa did not record his wife’s ownership of shares in franchises of Papa John’s Pizza and other companies, including real-estate and marketing services. According to documents provided by Noorani, Bajwa’s wife Farrukh Zeba is a shareholder in these companies. He also raised questions as to why the business of Bajwa’s brother grew phenomenally during the time Asim Bajwa held high positions in the Pakistani military. (Source: Asiatimes)

Well this is not the first time we are witnessing elite in this rotten capitalist system make huge money by taking advantage of their position they don’t have any pain of the Ummah who are deprived for even basic needs rather they are busy in making most of the opportunity they have got while holding the office. Similarly Former President Asif Ali Zardari and ex-prime minister Yousuf Raza Gilani were indicted by the Accountability Court, while former prime minister Nawaz Sharif was declared a proclaimed offender over his continuous absence from the proceedings. In March, the National Accountability Bureau (NAB) had filed a reference with the Accountability Court against the accused on the alleged violation of the rules of the Toshakhana (state gift repository) which it argued had caused a heavy loss to the national exchequer. The reference also names Omni Group CEO Khawaja Anwar Majid and his son, Khawaja Abdul Ghani Majid. NAB alleged that Yousuf Raza Gillani, in order to extend the illegal benefit to the accused, allowed them to keep luxury vehicles gifted to them by foreign dignitaries by relaxing the procedures governing their use.

Democracy has ensured corruption in Pakistan for too long and will continue to do so if it is allowed to remain. The Panama Papers revealed that Democracy ensures corruption all over the world, from Russia to South America, not just in Pakistan. For many decades, Democracy ensured that corrupt rulers could hide their ill-gotten gains in off shore companies and overseas investments, without detection and investigation, trial and tribunal. It is because of Democracy that all over the world, resource rich countries have oppressed, poor citizens and immensely rich, corrupt rulers have reigned free. Clearly, seeking an end of corruption through Democracy is as futile as seeking cure through the disease itself. Capitalist system is designed to allow the super rich to pay nothing and puts the burden on the rest of 99%.  Free Market Capitalism has created a system where the vast majority of wealth is hoarded and the 99% picks up the tab for the 1%.

Let us not be stung by Democracy yet again. Let us strive for the end of corruption and oppression, through establishing the Khilafah (Caliphate) on the Method of the Prophethood. Let us strive at a time when the world, from America in the West to China in the East, has tired of Democracy and the corrupt ruling elite it feeds and nurtures. Let us strive at a time when the Muslim World, from Morocco in the West to Indonesia in the East, has awoken to its true purpose in this life, Islam. Let us strive to end the corruption and oppression of Democracy on this earth, seeking earnestly the glad tidings of RasulAllah ﷺ, when he ﷺ said: «ثُمَّ تَكُونُ مُلْكًا جَبْرِيَّةً فَتَكُونُ مَا شَاءَ اللَّهُ أَنْ تَكُونَ ثُمَّ يَرْفَعُهَا إِذَا شَاءَ أَنْ يَرْفَعَهَا ثُمَّ تَكُونُ خِلَافَةٌ عَلَى مِنْهَاجِ النُّبُوَّةِ ثُمَّ سَكَتَ» “Then there will be an oppressive rule, and things will be as Allah wishes them to be. Then Allah will end it when He wishes. Then there will be a Khilafah according to the method of Prophethood.” Then he ﷺ fell silent.” [Ahmed]