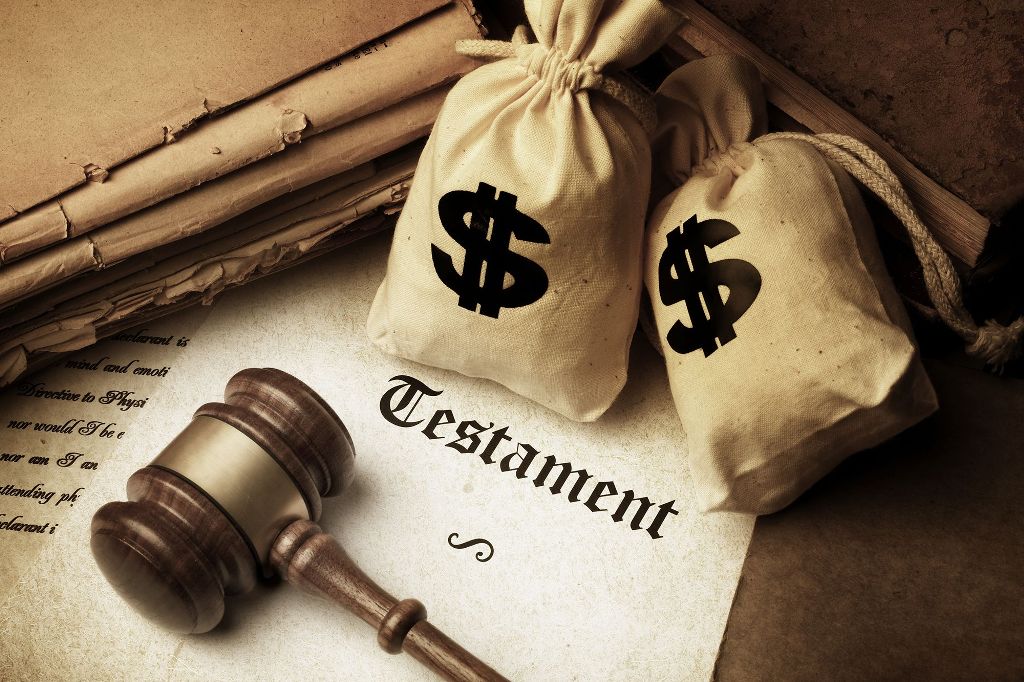 There are verses in the Book of Allah which secularists and enemies of Islam are itching to abolish if they could. Malicious people always direct their arrows of slander and falsehood toward Islam through these verses, and the most prominent of these verses is the saying of Allah (swt), يُوصِيكُمُ ٱللَّهُ فِيٓ أَوۡلَٰدِكُمۡۖ لِلذَّكَرِ مِثۡلُ حَظِّ ٱلۡأُنثَيَيۡنِ “Allah instructs you concerning your children: for the male, what is equal to the share of two females.” [Surah an-Nisa’a 4:11]

We can hear many mouthpieces that accuse Islam of male chauvinism and inequality for women, as it gives only half a share of the man to the woman in inheritance! Some Muslims become confused before these repeated falsehood. They do not know how to respond to these accusations. Had these lying slanderers looked fairly into the reality of the woman in Islam, or even her reality under Western civilisation and compared with what Islam has provided for woman in terms of status and position, they would cut their tongues before they utter some of what they do.

The audacity of some Arab regimes, like Tunisia for example, has reached the extent of passing a law of equal inheritance for the man and the woman in flagrant defiance to the verses of Allah (swt). This law was passed on 23/11/2018. Do these naive people not know that they have denied the great portion of rights to the women, which the Islamic inheritance system has granted them?! Based on this law, the women in Tunisia today inherit little of their shares, which Allah has obliged for them! How is this? Does woman inherit half the share of man in all cases?

Upon scrutinizing the Islamic inheritance system, one will find that it is a system that is based on standards aiming to achieve justice and public welfare. And these standards are devoid of permanent distinction between males and females as Quran did not say, “Allah instructs you concerning your inheritors: for the male, what is equal to the share of two females,” rather it says “Allah instructs you concerning your children.” Hence, this is not the general case of dividing the bequest. Instead, there are specific standards which Shariah looks after in distributing the inheritance.

Thirdly: The financial burden which the Sharia obliges over the inheritors to undertake for others: this is the standard that yields disparity between men and women. Allah (swt) said, يُوصِيكُمُ ٱللَّهُ فِيٓ أَوۡلَٰدِكُمۡۖ لِلذَّكَرِ مِثۡلُ حَظِّ ٱلۡأُنثَيَيۡنِ “Allah instructs you concerning your children: for the male, what is equal to the share of two females.” [Surah an-Nisa’a 4: 11]. This is because the male inheritor here, in case of equal degree of kinship and generation, is responsible for the Nafaqah (نفقة Financial Maintenance) of the woman, whereas the female inheritor’s Nafaqah is obligatory upon the male related to her. The cases of such distinction are very limited, when compared with the total number of inheritance cases. And with this Islamic reasoning, Islam has favored the female over the male in inheritance. This is not to oppress the male, but it is for the financial protection of the female that protects her during emergencies and misfortunes.

Now let’s take a quick look at the cases upon which a woman inherits according to the pure Sharia. Do we find it as an emaciated share, as slanderers falsely claim?

Some of the examples of the equality of women with men in inheritance:

– Inheritance by a father and a mother: each parent receives one sixth of the estate, due to the saying of Allah (swt),وَلِأَبَوَيۡهِ لِكُلِّ وَٰحِدٖ مِّنۡهُمَا ٱلسُّدُسُ مِمَّا تَرَكَ إِن كَانَ لَهُۥ وَلَدٞ “And for one’s parents, to each one of them is a sixth of his estate if he left children.” [Surah an-Nisa’a 4:11]

– Inheritance by siblings of the mother: it is equally divided between males and females. Hence, the male has the same share of the female, when the offspring of the inheritance is missing, due to the saying of Allah, وَإِن كَانَ رَجُلٞ يُورَثُ كَلَٰلَةً أَوِ ٱمۡرَأَةٞ وَلَهُۥٓ أَخٌ أَوۡ أُخۡتٞ فَلِكُلِّ وَٰحِدٖ مِّنۡهُمَا ٱلسُّدُسُۚ فَإِن كَانُوٓاْ أَكۡثَرَ مِن ذَٰلِكَ فَهُمۡ شُرَكَآءُ فِي ٱلثُّلُثِ “And if a man or woman leaves neither ascendants nor descendants but has a brother or a sister, then for each one of them is a sixth. But if they are more than two, they share a third,” [Surah an-Nisa’a 4:12]

Why do we not hear any word of this from the mouth of opponents who seek equality in inheritance? Or did they only memorize the verse of the share for the male is the share of two females? I am almost certain that most of them did not go through the inheritance system whatsoever, nor do they know anything about the thirty cases, in which the woman inherits the same as that of the man, or inherits more than him or inherits, while the male inherits nothing. All they want to do is to defame Islam!!

– If a person dies and leaves one daughter and father, then the share for the father is the sixth, and this is very little to the share of daughter or daughters. Moreover, no one says that the dignity of father is deficient with this inheritance.

– Similarly, if a person dies while having two daughters and two full paternal uncles, the two daughters will inherit two third, divided equally between them due to their being more than one and the absence of other siblings than them. Hence, each of the two daughters will have one third of the inheritance. And the two full paternal uncles will take the remainder as a share, as siblings. Hence the share for each uncle is one sixth. And so, again, the share of the male is less than the female.

And there are cases in which the woman inherits, while a man inherits nothing,

Examples of which are:

These are some examples for the equity of Islam towards woman. People of knowledge and fairness have witnessed to this.

Thus, the summary of inheritance cases is as follows:

2- The woman inherits inheritance equal to that of the man. This occurs in eleven out of the thirty-four cases, which is equivalent to 32.35% of the total of inheritance cases.

3- The woman inherits inheritance more than that of man. This occurs in fourteen out of the thirty-four cases, which is equivalent to 41.18% of the total of inheritance cases.

4- The woman inherits, while the man inherits nothing and has no right over the inheritance. This occurs in five out of the thirty-four cases which is equivalent to 14.71%.

Glory be to Allah who dignified this Deen. Many, who sold themselves, their intellect and their Hereafter for the West, neglect it and so they lost in this world and hereafter.

Do the rulers of Tunisia know now how many of their women and daughters have lost out by their law? Do they know that they rob the women’s wealth and rights completely, just as the rulers of Jahiliyaa did before Islam? Allah has said the Truth: ٱلشَّيۡطَٰنُ يَعِدُكُمُ ٱلۡفَقۡرَ وَيَأۡمُرُكُم بِٱلۡفَحۡشَآءِۖ  وَٱللَّهُ يَعِدُكُم مَّغۡفِرَةٗ مِّنۡهُ وَفَضۡلٗاۗ وَٱللَّهُ وَٰسِعٌ عَلِيمٞ “Satan threatens you with poverty and orders you to immorality, while Allah promises you forgiveness from Him and bounty. And Allah is all-Encompassing and Knowing.” [Surah al-Baqarah 2:268].

The woman before Islam did not have rights of inheritance. Neither did she have financial protection, nor even the rights of living, for she was buried alive. Then Islam came to dignify her and forbade her killing. It obliged men to take care of her and her Nafaqah (نفقة Financial Maintenance). It gave her rights with which she was elevated over all other women on the earth.

Hence, we absolve ourselves before Allah over what the evil rulers and the agent followers do to us and to our Deen. O Allah! We ask that You like what Your beloved Prophet ﷺ asked of You, of not afflicting us in our Deen. O Allah (swt) dominate by your honorable Shariah to shine upon our lives under the Khilafah state that halts the oppression of every oppressor and restores every right to its owner. Indeed, You are All-Hearer and All-Responding.