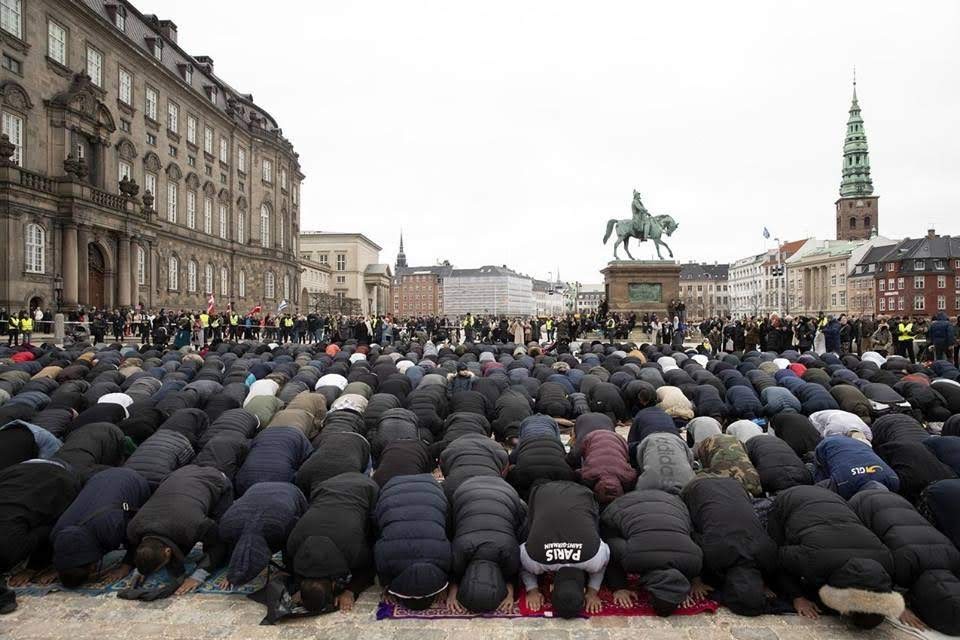 In an interview with the Kristelig Dagblad Newspaper on October 15, 2019, the Minister of Integration, Mattias Tesfaye, evaluates on the status of integration in Denmark, based on the new so-called “citizenship survey”. The interview was not about employment and language skills, should anyone still have any doubts about what is most central to “integration”. Tesfaye gives it as a full-blooded culture warrior and leaves little to be desired for right-wing haters of Islam.

“I meet a lot of young people who say ‘I’m not Danish, I’m a Muslim’, and that makes me really nervous,” says the minister, echoing all Western governments. Their main concern, as far as Muslims are concerned, is precisely that they maintain their pure Islamic identity, generation after generation.

That the Social Democratic government, supported by the left, continues the anti-Islamic political course is of course no news. The need for the value struggle is, according to Tesfaye, that integration does not happen by itself; and the prerequisite for winning the battle is that “we rank our backs and sincerely believe that we have the best values” … and it is precisely here that the paradox and eternal hypocrisy becomes clear.

Ideals, such as secular democracy and the western view of gender, are claimed to be universal and “the best values”, but in intellectual powerlessness and hysteria towards Islam, these values ​​are imposed on Muslims with the power of the law. Thought control, prohibitions and coercive measures follow the Muslim in Denmark from the early childhood.

Tesfaye expresses his disappointment that approx. half of (Muslim) descendants, according to the study, “do not accept criticism of religion”, with an exhausted claim that democracy is based on criticism of authorities.

This is in a country that is criminalizing Muslims for thinking differently and trying to exclude critical Muslim voices from public space if they do not favor democracy. – This is the country where the Jyllands Posten paper has set the standard for so-called “criticism of religion”, as being a vulgar collective abuse of Islam and all Muslims.

The minister is chalking up the pitch and talking about a clash between democracy and religion in the educational institutions where the fight is to be fought, without “shaky hands”. And he goes on to refer to one of the radical right’s favorite authors, to warn of the Islamization of Europe, unless Western societies take up the value struggle.

“We cannot meet in the middle,” we are to understand. In other words, we Muslims must accept that the ideals of the West are the best, as they want because Tesfaye and his like-minded say so.

The Minister of Integration is right about one thing though: Democracy is threatened by its own lethargy. Not the politicians’ lethargy in the fight against Islam, but the inherent lethargy of democracy and Western values ​​in treating people fairly, as well as the intellectual lethargy and desperation of their guardians, which drives them to undermine their own foundations in their hopeless struggle against Islam.