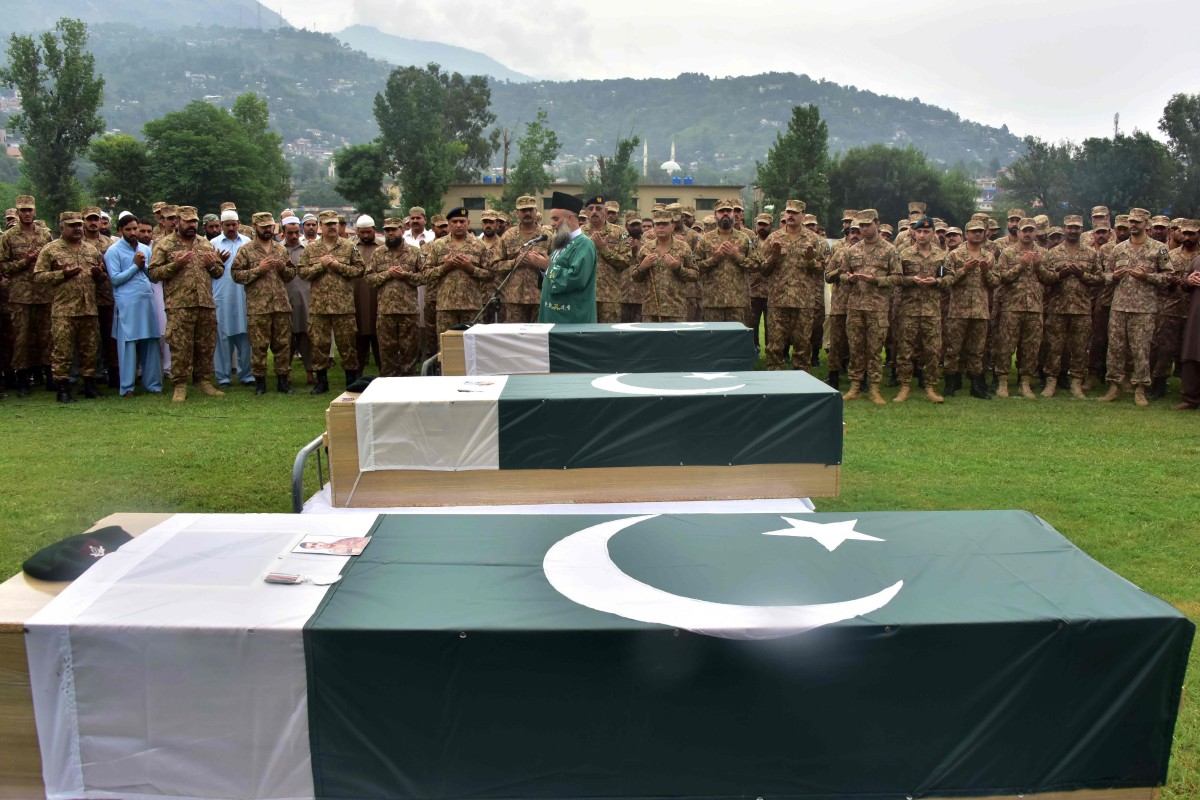 As the Hindu State’s forces martyred the defiant men and abused the chaste women and innocent children of Occupied Kashmir, Pakistan’s prime minister continued to lament about the international community’s pathetic response, as if he had nothing in his own hands but a toothpick. On 5 September 2019, Imran Khan tweeted, “Is the international community’s humanity dead when Muslims are being persecuted?  What message is being sent to the 1.3 bn Muslims across the world?” Thus, even whilst possessing command of the world’s sixth largest army, the visionless Bajwa-Imran regime continued to appeal to help from where only harm has ever come. Indeed, the international community is dominated by the colonialist powers that have always ensured the division and occupation of Muslim Lands themselves, or assisted others in doing so.  Appealing to the international community is akin to asking the wolf to protect the sheep. And what of the rulers of Muslims themselves who have authority over millions of willing troops and the lion’s share of the world’s wealth?! What signs of life are there in them, when the Muslims of Occupied Kashmir, the Blessed Land – Palestine, China and Myanmar (Burma) are persecuted? They are as walking corpses with no signs of life. The signs of life only return to them when their Western masters order them to shed Muslim blood themselves or support those who shed Muslim blood by making overtures of peace and normalization with them. Allah (swt) said,

“May Allah destroy them; how are they deluded?”
[Surah Al-Munafiqun 63: 4]

O Muslims of Pakistan! Clearly, the rulers of Muslims are far apart from us in our sentiments, demands and aspirations. Whilst we have resolutely written off the United Nations, Pakistan’s rulers remain on the same page as the colonialists in their plans to allow the occupation and division of Muslim Lands. Whilst we restlessly demand that the lions of armed forces are immediately unleashed in the defense of the Muslims of Occupied Kashmir, Pakistan’s rulers reel off excuses for their inaction, going so far as to spread fear within us of our enemy or of war itself. More than ever before, it is clear that the Khilafah, the shield of the Ummah, alone will respond to Modi’s flagrant war in Occupied Kashmir with the fire and steel it deserves. RasulAllah (saaw) said,

“Indeed, the Khaleefah is a shield, from behind whom you fight and by whom you are protected.”
[Muslim]

It is clear that until we restore our shield, the ineffective, spineless rulers of Muslims will continue to buy time for our enemies in wars of occupation, whether it is the crusaders, the Hindu State or the Jewish entity. So let us all strive for the restoration of the ruling by all that Allah (swt) has revealed. And let our lions of Pakistan’s armed forces grant the Nussrah (Material Support) for the Khilafah (Caliphate) on the Method of the Prophethood, so that they are finally led as they deserve to be led, in the pursuit of victory or martyrdom.