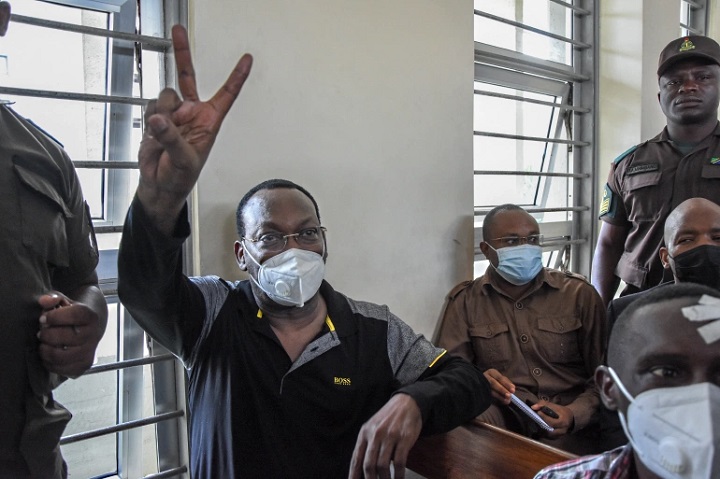 Comment:
Freeman Mbowe was abducted during a midnight raid on 21/07/2021 with 11 other party officials and staff in Mwanza city ahead of a planned public forum to demand new constitutional reforms, and after two weeks he was charged with terrorism financing and conspiracy.

There are wide condemnations and outcries from activists and human rights organizations following this move against on opposition party and its leaders, whereby Amnesty International demands Tanzania authorities to end escalating crackdown on opposition party and leaders, and unless they have clear legal grounds to justify these arrests, all of those arrested in this swoop must be immediately released.

While we deeply share this agony, inhuman treatment and extend our sympathy to Mr Mbowe and all victims on this crackdown. We would like to highlight a sense of double standard on dealing with terror cases being vividly exposed in this scenario.

On Thursday, July 22, 2021, Police Spokesperson, David Misime made clear a statement that the investigation of Mbowe case was finalized:

“Mbowe was aware that the allegations against him were being investigated and that he would be required by the police for legal actions as soon as the investigation was finalized. We have reached that stage now,”

In this scenario (Mbowe’s case) the issue of rapidness in investigation and compiling evidences seemed to be well observed, and suspect brought before the court when investigation has completed, while things are in contrary with the similar cases facing Muslim terror detainees in Tanzania.

There are hundreds of Muslim suspects on terror charges in custody in many regions of the country including Dar es Salaam, Mwanza, Arusha, Mbeya, Tanga, and Mtwara where three activists of Hizb ut Tahrir / Tanzania: Ustadh Ramadhan Moshi Kakoso, Omar Salum Bumbo and Waziri Mkaliaganda are being held for 4 years from fabricated terror charges under bias and oppressive pretext of ‘investigation is underway’. This gives us a clear picture that in dealing with terror suspects, one group can be arrested first then investigation being followed, while the other group can be investigated first, then arrest.

Following Mbowe’s current arrest, the police confirmed to have brought him before the court because an investigation on his terror charges have completed, and that they had to release him last November due to incompleteness of investigation.

This is more than unfair, Mbowe was only arrested when investigation completed, while the authority has for years neglected bailing out Muslim detainees with similar charges for its failure to provide even a piece of evidence before the court of law.

The two reasons are most likely to be the cause of this terror charges against the main opposition party leader:

Firstly, it is a politically motivated move to silence and instill fear to the ongoing new constitution demanding movement which is highly operated by the main opposition party in collaboration with local, regional, international and personal democratic activists and organisations.

Secondly, this failed and shameful attempt meant to deceit Muslims and neutralize the situation by showing that Muslims are not the only the victims of those oppressive anti-terror laws, making them to believe that even non-Muslims and opposition officials can be charged with the same. However, the reality is vice versa, it is now more than open that the main target of these laws are Muslims.

It has to be remembered that the same opposition officials and members were arrested earlier on 02/11/2020 alleged with terror charges, but then released.

Following Mbowe’s current arrest, the police confirmed to have brought him before the court because his investigation on his terror charges was complete, and that they had to released him on November last year due to incompleteness of investigation.

This scenario has obviously exposed the double standard and bias to apparatus dealing with the administration of justice in Tanzania. It is high time now to revitalize itself by complying with proper judicial process by adducing evidence before the court ready for trial of all terror detainees, should they have any, release them on bail, or set them free immediately.