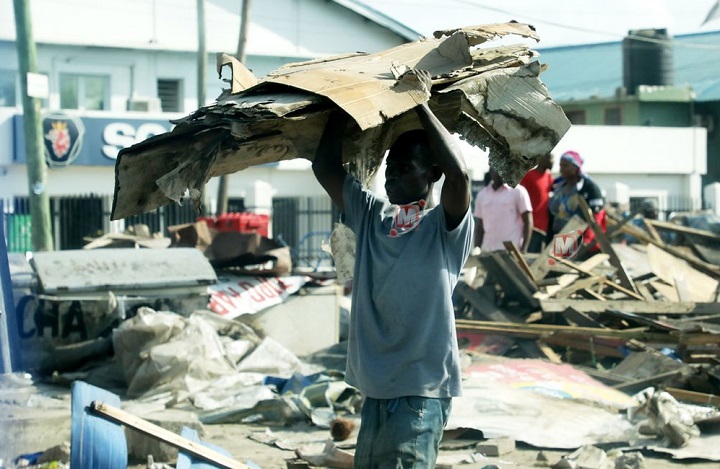 Tanzanian government on 1/11/2021 started the relocation of petty traders commonly known as “machingas” as directives from the President to regional commissioners and their subordinates.

Comment:
Issue of reallocating the petty traders to the so-called more convenient areas is not a new one, there have been several similar past operations such as of 2016 to relocate them at new business areas including Kigogo Fresh, Kivule, Ukonga and Tabata Muslim, which had a capacity to accommodate over 6,000 ‘machingas’ but did not materialize.

In most cases upon the excuses of this sort of operation, the Police with collaboration with city militias involving arrests, demolition of business stalls as well as confiscation of their commodities. These inhumane evil actions will affect an estimated four million petty traders in Tanzania mainland only according to the National Bureau of Statistics, upon whom around 50,000 petty traders are in the main trading city, Dar es Salaam. (The East African 15/12/2018)

It is an undeniable fact that the issue of ‘Machinga’ needs better re-organization to avoid many grievances in the cities including access for pedestrian passage and etc. Yet to address it requires a serious willing solution not a political smokescreen move.

Machingas are poor people with tiny capital trying to employ themselves into informal sectors of business after the failure of government to provide employment for them. For the last five years the government has not provided any tangible employment, so the majority of people including graduates are not employed.

It is clear that in the handling of this issue, the government as any capitalist government has shown irresponsibility, arrogance and disregard of citizen affairs since it is responsible for the preparation of an environment conducive for petty traders similar as currently being done for Western capitalist companies which come to exploit our resources under the name of foreign investments.

The government ought to help Machingas by offering them business friendly places then smoothly resettle them taking into account that the government is estimated to have collected Tsh 80 billion ($34.7 million) in levies from these petty traders after issuing them with government identity cards during the reign of President John Magufuli. The cards were given to petty traders whose business capital does not exceed Tsh 4 million ($1,900). Amazingly! after collecting the money, now the government mistreat the hawkers.

In Islam unlike Capitalism, the task of the Khilafah (Caliphate) is taking care of all people thus a huge trust before Allah Taala.  The Khalifah will undertake his duties of taking care of all citizens without discrimination in terms of income, religion, colour, etc.