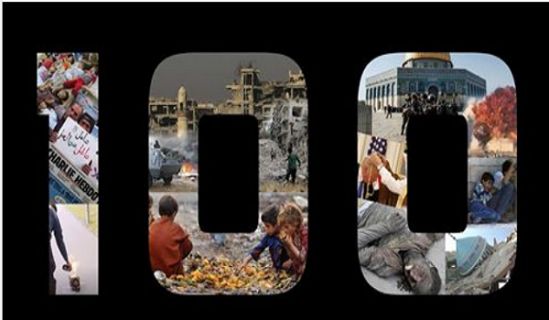 Al-Waqiyah TV cameras rolled in the Muslim lands from the east to the west to confirm that Islamic capitals yearn for the glory of Islam and its authority and protection despite the passing of 100 years since the destruction of the state of Islam (the Caliphate), the evil tearing apart of the state of Islam, the appointing of the Ruwaibidha on the neck of the Ummah, and the Ummah’s preoccupation with tragedies, calamities and the miseries in their living conditions, yet it still realizes where its salvation lies and demands the reestablishment of the state of Islamexactly as it was first established by the master of the prophets and the final one, the Messenger of Allah, Muhammad, salallahu alaihi wasalam, on the method of the Prophethood. We ask Allah Subhanahu to hasten the establishment of the second rightly guided Caliphate (Khilafah Rashidah) on the methodology of the Prophethood. The promise of Allah and the glad tidings of His Messenger, may Allah bless him and grant him peace. And that is not difficult for Allah. Stay tuned!