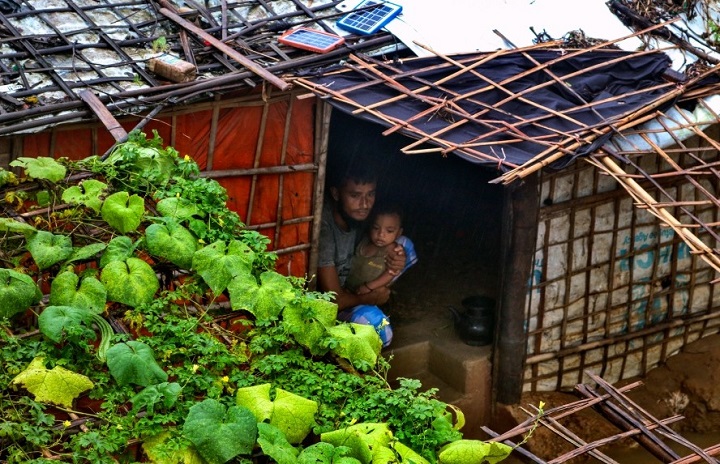 On August 12, 2021, Bangladesh’s Parliamentary Standing Committee on Foreign Affairs Ministry has announced that Sheikh Hasina has approved a policy of not allowing to improve the living standards of the Rohingya refugee camps, let alone having the refuges integrated into Bangladesh following the requests from World Bank (WB) and other relevant UN agencies (The Daily Star, August 13, 2021). It is well known that institutions like WB that respond to the geopolitical interests of the United States in particular have their own heinous agenda regarding the Rohingya refugees. But cruel Hasina has instructed to keep the living conditions and facilities of those refugee camps at a ‘limited’ and ‘logical’ level. In other words, the current horrible living conditions in those camps with no access to safe water and basic rights are all ‘logical’ according to Hasina. On the one hand, the government has blocked every way of their becoming self-reliant, but on the other hand, the government says they cannot bear their “burden”, while usurping billions of dollars of foreign funds sent for the Rohingya Muslims. On top of this, the malevolent Hasina regime did not hesitate to reveal their ugly face by denying basic human rights in those squalid camps and denying to provide the Rohingya Muslims with formal education, technical training, and job creation, giving a lame excuse that this would encourage them to settle permanently in Bangladesh! While the Muslims all over the world, and particularly the people of Bangladesh, eagerly came forward to help the Rohingya Muslims, Hasina’s secular government distanced them with the excuse that they are spreading terrorism, and prevented them from being integrated in our society by criminalizing them and creating nationalistic emotion in the people through the secular media. Last March, 15 people were killed and almost 400 remain missing in a devastating fire in the Balukhali camp in Cox’s Bazar district as they, mostly children and older people, could not run out of the camps due to those fencing. Hasina’s policy of ‘accommodating’ the Rohingya Muslims is in fact detention rather than refuge, and this latest instruction from her clearly reveals the devilish intention of her regime towards these persecuted Ummah. Thus, it is no wonder why many of the refugees who are detained in the Bhasan Char, the ‘prison island’ in the middle of the sea, are still risking their lives to escape from there. At least 27 Rohingya refugees were missing after their boat sank last Saturday, August 15, during an attempt to escape this island jail.

O Muslims, you must resist Hasina regime’s fearmongering campaign against our Rohingya brothers and sisters aiming to turn our solidarity to hostility for them. You must not forget,

These secular rulers will always play the cheap nation-state card to justify their oppression on our fellow Rohingya Muslims. Under this ruling, such persecuted Muslims will be used as barters and scapegoats for various heinous geopolitical interests and negotiations. Only by the reestablishment of the second Khilafah Rashidah (rightly guided Caliphate), we can ensure justice for them by allowing them to live where they wish in the Khilafah state. In the past, the Khilafah State never treated even the non-Muslims in such barbaric fashion. Sultan Bayazid II of the Uthmani Khilafah extended immediate welcome to the Sephardic Jews expelled from Spain by July 31, 1492. Not only did he rescue them with his naval fleets under the command of Kemal Reis and welcomed them, but also he sent out proclamations throughout his territories that the refugees were to be granted the permission to settle in the Uthmani State and become citizens. The noble Ummah of Muhammad (saw) is desperately waiting for the return of the promised Khilafah to bring relief to the oppressed and their sufferings.