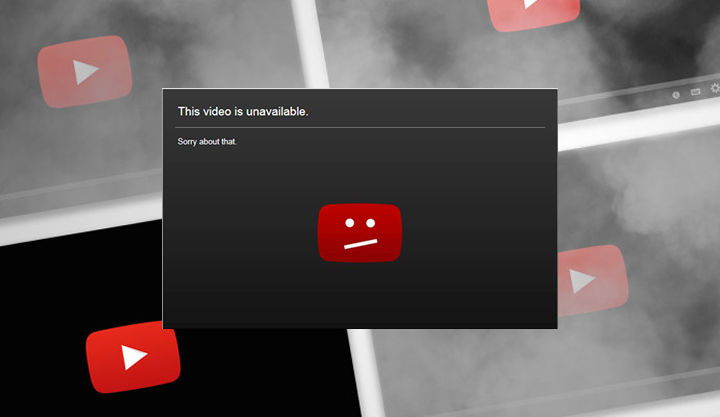 “But Allah refuses except to perfect His light, although the disbelievers dislike it”

The management of the YouTube site closed the channels of the party on their site in the fierce global campaign on Islam and the workers to resume the Islamic way of life by the establishment of the righteous Khilafah State (Caliphate) on the method of Prophethood. During the last month alone, four major channels were closed, which contained thousands of recordings:

– On 20/7/2017, the Media Office of Hizb ut Tahrir in the Blessed Land of Palestine channel was closed, which contained the work of more than ten years.

These steps reveal the falsity of their false pretensions to respect freedom of expression, as well as expose their hypocrisy when they claim that the democratic ideology they preach is the best for humanity, while it is more fragile than the spider’s web.

Everyone knows that Western countries, especially America, possesses material resources no other state or imperial power possessed in the history of mankind, and it is not necessary to enumerate these material forces. But the YouTube administration’s fight against these Hizb ut Tahrir media channels is:

1- A recognition by them that the call of truth, which Hizb ut Tahrir carries its beacon is stronger than their rockets and bombs (the smart and non-smart ones) and their satellites, which surrounds the Earth from all sides.

“Rather, We dash the truth upon falsehood, and it destroys it, and thereupon it departs.”

2- An acknowledgement that their democracy is fake and cannot meet the argument with an argument and instead resorts to the methods of oppressive dictatorships in a vain, feeble, and ridiculous attempts to silence the voice of truth. If they can understand or can comprehend or had an atom of argument or proof they would have accepted our call for a serious intellectual debate, but with these steps they have acknowledged their defeat in advance. Otherwise let them tell us how their democracy differs from the democracy of Stalin and other criminals like Winston Churchill, George Bush, Tony Blair and their likes!

3- Revealing the deep hatred of Islam and Muslims, and the raging war led by the West and its followers in the Islamic countries on Islam and on Hizb ut Tahrir, the leading party that do not lie to its people, which works continuously day and night to resume the Islamic way of life by establishing the second Khilafah Rashidah state (righteous Caliphate) on the method of Prophethood; Allah’s promise and His Messenger’s glad-tidings (saw).

This war is at all levels, the most important is on the alternative media.

We are pleased that our call has given them sleepless nights, and it is important to assure the whole nation / Ummah that the huge work, the thousands of recordings of the political activities and events of the party for more than 10 years, which the management of YouTube deleted in seconds, are engraved in the memory of the Ummah and in its depths. Let the enemies of Muslims die in their rage, and the Muslims rejoice that we will continue and uphold this covenant, and will not be deterred by the plots of plotters or the hatred of the spiteful. Their attacks and harm fills us with motivation to firmly continue towards elevation. We will return soon, Allah willing and publish our recordings in the manner and style that we see fit, Allah willing, even if the Kuffar and their followers detest it.

We ask Allah to accept our obedience and to accept our work in support of His Deen, and uphold His Word despite the plots of disbelievers and their followers from the agents in Muslim countries. Allah is the Truth Azza Wa Jal and says the truth:

“They want to extinguish the light of Allah with their mouths, but Allah refuses except to perfect His light, although the disbelievers dislike it. It is He who has sent His Messenger with guidance and the religion of truth to manifest it over all religion, although they who associate others with Allah dislike it.”