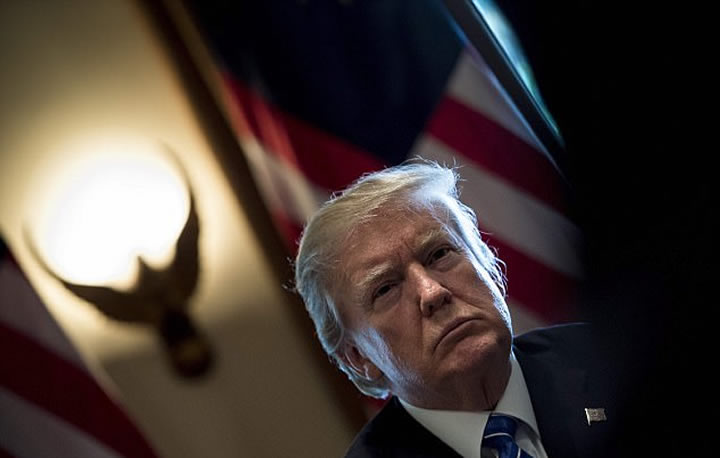 On the 8th of July the New York Times reported on the US President’s newest deal making venture that aimed to block the United Nations resolutions to support breastfeeding on an international level, deeming it to be the best method of nurturing the health of newborns. The United States delegation, embracing the interests of infant formula manufacturers, attempted “to water down the resolution by removing language that called on governments to “protect, promote and support breast-feeding” whilst promoting products and feeding methods that have proven negative effects on the health and development of newborn babies.

Comment:
The cut throat inhumanity of the Capitalist ideology is clearly evident in this particular political example as the USA under President Trump’s direct instructions, sought to impose economic punishments and diplomatic pressure upon those countries that supported the breastfeeding motion. Ecuador was the first country to come between the crosshairs of the US profit firing squad as Washington unequivocally stated that it would unleash “punishing trade measures and withdraw crucial military aid” As a result the Ecuadorean government was bullied into quickly changing its position and followed the US line of instruction. This tactic of using a democratic mask whilst using the harshest of dictatorial measures against any entity that defies its interests is the typical strategy of all Capitalist nations that exist. As a result we can always expect that the value of life, human health and the benefit of people (even the most vulnerable such as the elderly and infants) will always be sacrifices on the altar of monetary gain and political power, as these are the ‘gods’ that are worshipped over all other matters. Countries that faced the wrath of the US made their case known but “requested anonymity because they feared retaliation from the United States.”

The very methods that Democratic nations criticize other so called third world uncivilized nations for, are the very ones that are used frequently in order to gain advantages that serve national interests. This hypocrisy is evident from the inception of Capitalism and regardless of any pretense of reform, will always remain at the heart of what Capitalism offers humanity.

When we contrast this with the just and humanitarian policies of Islam we can see a great difference in the two systems of life and how they agree with the nature of humans and raise their level of progress. Islam does not accept the domination of the elite corporate few at the expense of the subjugation of the rest of the world. Any area that accepted to live under the rule of the Khilafah (Caliphate) was always made better in every aspect of its social and political sphere. Even after Islam left as a political model, people remained Muslim and Islam’s positive impact remained after hundreds of years as an example to be admired and sought after once more.

The imperialistic and colonial agendas of Europe and the USA have no such legacy as any nation that came in contact with its system of ruling only suffered the worst human rights violations with its lands being drained and plundered for its resources. In the past and today, the deliberate use of war and famine are willfully employed as weapons of control so that Capitalist nations maintain control over others by fear and force, not by people willingly seeing the moral and social success of that ways of life.

We pray that Allah (swt) once again returns this excellent system of governance to the Muslim lands so that the suffocating choke-hold of Liberal Democracy and Capitalist policies are removed from existence to allow the world’s needy to be liberated for the harmful control of man made corrupt laws.

Allah (swt) describes the rule of Islam as pure and just as it comes from the creator of people and serves no other selfish interest;

“O you who believe, be persistently standing firm in justice as witnesses for Allah, even if it be against yourselves or parents and relatives. Whether one is rich or poor, Allah is more worthy of both. Follow not your desires, lest you not be just. If you distort your testimony or refuse to give it, then Allah is aware of what you do.”
[Surat An-Nisa: 135]

From this we can see that it is only the return of the Islamic State, the Khilafah in the method of the Prophet (saw) that will serve the best interest of all people young and old.