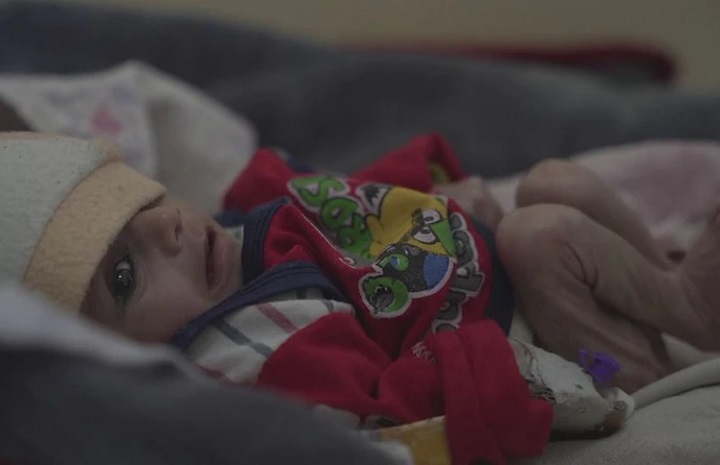 The BBC reported on December 2nd that the crumbling infrastructure of Afghanistan has resulted in an almost nonexistent health care and social welfare system.

Many doctors are now working without pay and the food crisis has added an unprecedented burden upon hospitals overflowing with citizens suffering from the desperate conditions of poverty.

Dr Nuri an obstetrician working in Central Afghanistan reported a case of a mother who begged for death just before she was about to give birth by Caesarean section. She was crying out for help not comprehending how she could possibly look after another human when she herself was too malnourished to produce enough milk for the newborn. Her quote is as follows;
“The maternity ward is one of the happiest wards of any hospital, but not anymore in Afghanistan, in September I watched five newborn babies die of starvation. It’s like hell in here.”

This devastating crisis where the UN cite 14 million children are at risk of starvation. The International community have frozen funding and external aid to punish the Taliban leadership and in affect use finances as a weapon of war against Muslims.

Dr Siddiqi who works in Kabul witnessed 4 children under 10 dying each week in his hospital not only from diseases related to weakness but from being poisoned by poor quality food.

This is a catastrophe that is delivered strategically by the colonial nations overseeing the prevention of Islamic ruling in the world. Keeping the people on the brink of death is a tool to keep them from working for Islamic revival. But Allah (swt) has promised that there will always be good in His (swt) Ummah. We can never place anything above the power of the Lord of the worlds;

“You are indeed the best nation that has ever been brought forth for [the good of] mankind. You enjoin what is good, and forbid what is evil…” [TMQ, 3:110].

The orchestrated poverty is a copy paste directive that can be seen in Yemen, Syria and other key locations where political control is vital for Western hegemony.

What the innocent children of the world need is a sincere true leader to liberate them from the enforced poverty and lack of distribution of resources. The Ameer of the Khilafah (Caliphate) would immediately ensue basic needs are fairly given to all without any deliberate risk to a single child or needy person. We pray to Allah (swt) that the Ummah of Mohammad (saw) works to bring this into existence as a matter of the greatest urgency.