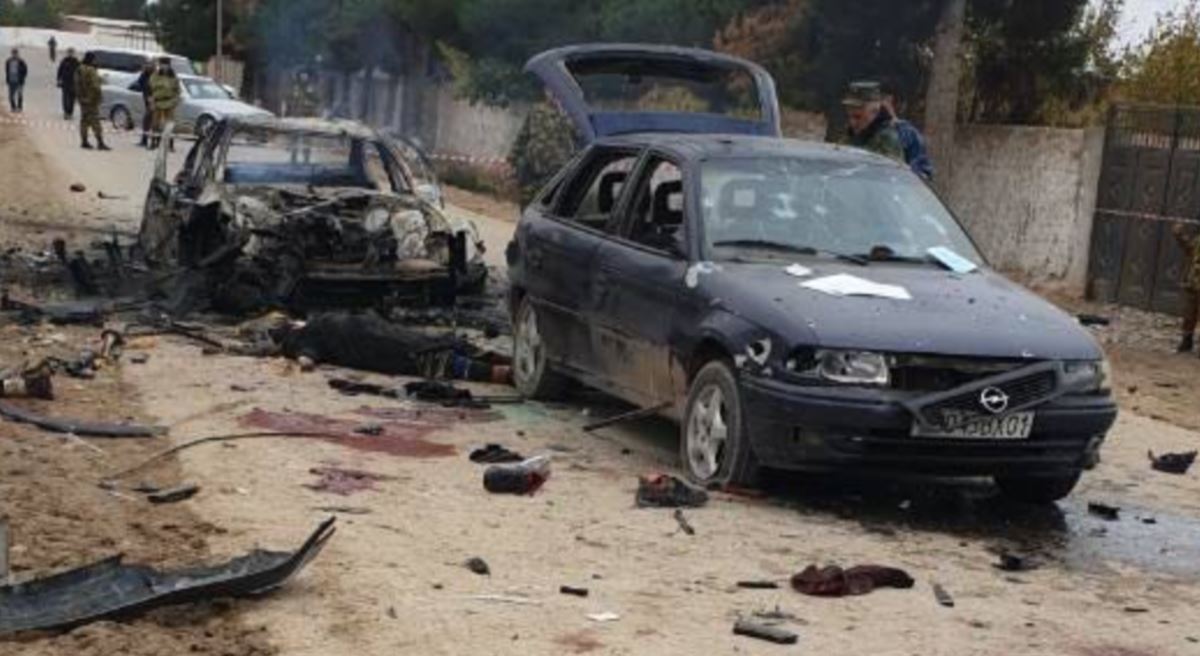 On the night of November 6, an incident with victims occurred at a border post 60 kilometers from the capital of Tajikistan. According to the version voiced by the State Committee for National Security (SCNS) of Tajikistan, 20 masked armed men attacked the Ishkobod border outpost on the border with Uzbekistan, arriving at it in four vehicles. According to authorities version, the attackers captured five AK-47 rifles from border guards.

“As a result of the operation of the security forces, 15 members of the armed criminal group were surrounded and were neutralized, 5 were detained. A border guard and a police officer were killed”, – the border service stated.

“The perpetrators of the attack on the border outpost were militants of the Islamic State group,” – stated the press center of the State Committee for National Security of Tajikistan on Wednesday. According to the department version during the interrogation of the detainees, it turned out that these so-called “militants” entered the Kubodiyon region of Tajikistan on November 3 from the Kalai-Zol county of Kunduz province in northeastern Afghanistan. Some sources report that there were women among the attackers.

It should be noted that the incident occurred “in time”: literally in recent weeks Russia has stepped up its actions to further strengthen its military influence in the region, especially in Tajikistan which, as we know, is happening under the pretext of danger of an invasion of militants from Afghanistan.

The circumstances of the incident itself also raise many questions. In the photos that were published on the website of the Ministry of Internal Affairs of Tajikistan, the license plates of two of the four vehicles are clearly visible, and both belong to the Dushanbe area. In addition, in the photos, one of the killed “attackers” lies face down and his hands are handcuffed behind his back. It is noteworthy that these photos immediately after publication disappeared from the official website, but observers have already managed to save them.

Other details and details of what happened also cause observers to doubt the official version. For example, the distance between the point of intersection of the Afghan-Tajik border and the attacked border post is more than 100 km, and how a group of 20 people could overcome such a distance without any obstacles, bypassing several posts – remains a big mystery to everyone. It is also worthnoting that there is no automobile checkpoint in that area – behind the outpost there is a mountain range along which the border between the two countries passes, therefore it also remains unclear what exactly the “attackers” wanted to achieve, because they had nowhere to break through.

It is noteworthy to notice that many analysts spoke out about the suspicion of the official version, and many even directly stated that the regime organized an attack in the interests of Russia. So, the expert of the portal Ferghana.ru Arkady Dubnov also expressed serious doubts about the version of the authorities. “I hate conspiracy theories, but there are serious doubts that these were IS fighters. Firstly, the IS itself did not confirm this. Secondly, what kind of militants are those who allowed themselves to be shot like chickens, although earlier they managed to cross the border with impunity and travel more than a hundred kilometers to the outpost. At the same time, they were masked, although in recent years no attacks in the region were carried out in masks. I have a feeling that these are some prisoners who were sent to such a thing. Knowing the unprofessionalism and cynicism of the Tajik security forces, we can assume anything,” – the expert on Central Asia believes. Dubnov writes on his Facebook page: “… The exacerbation occurred a week after the visit of the Secretary of the Russian Security Council Patrushev to Tajikistan and Uzbekistan, discussing  “security challenges and threats” in the region and in neighboring Afghanistan. And so, the “challenges” are right there”.

Another expert on Central Asia Alexander Knyazev went even further and called the incident at the border post in Tajikistan “a performance of special services”. In his opinion the official interpretation of these events simply compels the theatre director Stanislavsky to quote: “I do not believe it!”. “You need to be completely devoid of elementary logical thinking in order to move around like unknown “people in black masks” did. To get from the Afghan Kalai Zal (Kunduz) is too difficult, bypassing two districts, about 300 km along Tajik territory and past a dozen other outposts. Without going into other, more technical, details, I think that all this is a performance, a provocation”, – Knyazev said. Eхpert also believes that the main goal of such actions on the part of the regime is the necessity to maintain the fear of the so-called “terrorist” threat and the ne`ed for protection from it by the state, after which society becomes more manageable, and the regime, despite its total inefficiency as a whole, receives a loan of trust and support.

A similar opinion was voiced to the media outlet «AsiaPlus» by the veteran of the state security of Tajikistan Davlathodzha Nazirov. “It is unlikely that a group of ISIS members of 20 people secretly crossed the state border of Afghanistan with Tajikistan, and it is unbelievable that for three days they quietly moved through the country, covering almost 200 kilometers from Kubodiyon to the Rudaki district, and were able to approach almost the capital”, – he said.

In addition, the Afghan border guards rejected even the slightest possibility that such a large group of people could have gone unnoticed on Tajik territory into Tajikistan. “The section of the state border in the Kala-i-Zal district of Kunduz province, from where, according to media reports, IS militants allegedly entered Tajikistan, is adequately guarded from the Afghan and Tajik sides. Our services here recorded and stopped an attempt to cross the border not only in a group of 20 people, but even by one person. We should not forget that the border section in Kala-i-Zal is very difficult for illegal crossing: for this, the militants would have to cross the Panj River, and this, believe me, is very difficult to do, especially by the group containing of twenty people”, – a source in the Afghan border service told to the Russian «Intependent newspaper».

Recall that the topic of the threat of invasion of Central Asian countries by militants from Afghanistan has been actively exaggerated by Russia for many years only to justify further military intervention in the region in general and particular in Tajikistan. Where, by the way, two of Russian military bases are already quartered, one of which is located practically in the capital of the country – Dushanbe. Less than a month ago, on October 16, the Lower House of the Parliament of Tajikistan ratified the Agreement on the procedure for the formation and use of joint teams of specialists (experts) of border agencies to quickly respond to threats to border security at external borders in some former Soviet states, and at the end of October it became known that Russia had been sent a set of S-300PS anti-aircraft missile systems to Tajikistan to cover its military base and air defense.

Experts believe that the Rakhmon regime, despite the formal sovereignty of Tajikistan, serves the geopolitical interests of Russia in the region, returning the country to the colonial period and turning it into one large Russian military base. The Russian military presence, according to Rakhmon, should be a guarantee of preserving his regime in case the people run out of patience and will follow the example of many Muslim countries, where revolutions are taking place. However, most likely, all such actions of the regime have the opposite effect; this is speeding up the onset of the inevitable, and each year, the true intentions of Rakhmon, his betrayal and cooperation with the historical enemy of the Tajik people, Russia, are becoming more and more obvious for the already tired population of the country. All this brings the onset of a political explosion that could overwhelm all of Turkestan and result in the complete expulsion of Russia from the region.