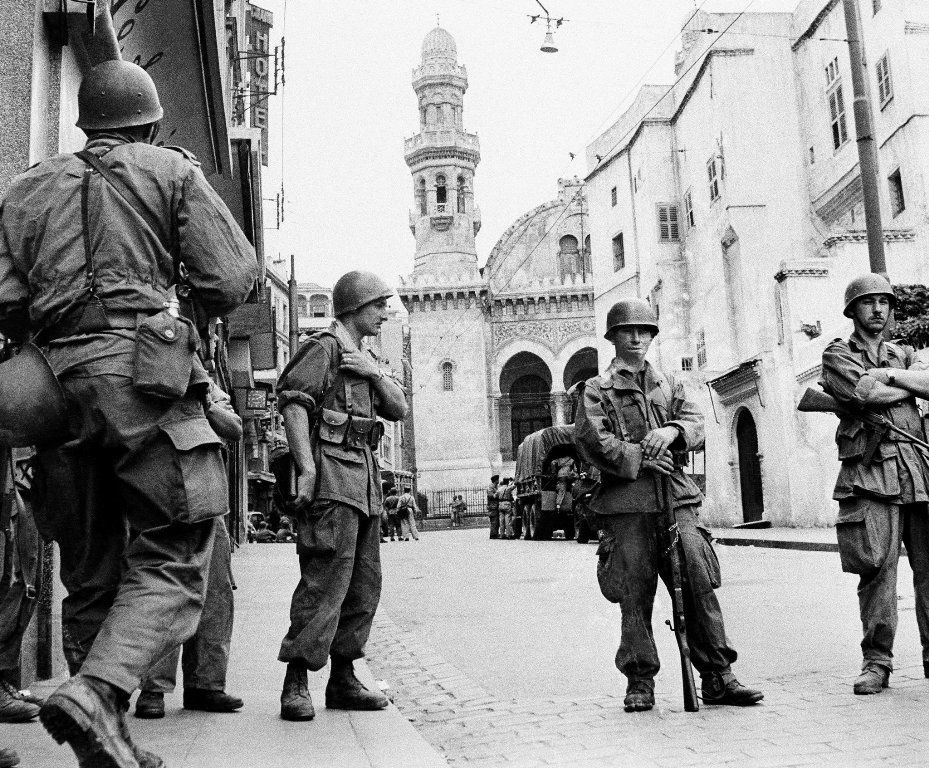 The French occupation of Algeria lasted for 132 years from July 5, 1830 until July 5, 1962. During the course of the colonization, over 10 million Algerians were martyred and hundreds of thousands more were injured, missing or were forced from their homes.

The era saw France subjugate the Algerian people in a multitude of ways, with the sole intention of pillaging the nation and its people of their character, strength and resources for its own benefit.

France imposed its own schooling system upon the Muslim populace, through its missionaries, opening the first Catholic school in 1836 in a bid to undermine the Islamic identity of the population and sever the link with their honourable heritage. For the same reason, French was made the official language of the state, an act of humiliation to deconstruct the Algerian heritage.

As the colonialists put the masses to work in mines in slave-like conditions, the great mineral, oil and agricultural wealth of Algeria was looted to the sole benefit of the French economy. The occupiers were also responsible for the abuse and torture against Algerian civilians through mass incarceration – where electric shocks and the use of water wells as prisons have since been proven by historians through many witness testimony.

Naturally the French colonial rule faced fierce resistance, which in turn was met with a brutal crackdown by the colonisers. In 1880, France killed and kept the skulls of 37 resistance fighters (Mujahideen), which to this day remain stored at the Museum of Mankind in Paris. All demands for their return have to date been rejected. Data suggests at least 2 million Algerian resistance fighters were martyred during the course of the struggle for independence from France.

However, France’s despicable crimes didn’t end there. Algerians were massacred on several occasions for protesting the occupation, right up until 1961 – but on May 8th, 1945 after the fall of Nazi Germany, protests for independence saw 45,000 people killed in two weeks in the towns of Setif, Guelma and Kherrata.

The inhumanity of the French occupiers knew no bounds as nuclear tests were conducted in the southwest of Algeria in the 1960’s. Gerboise Bleue or Blue Desert Rat, among other operations, led to the death of 42,000 and thousands more suffered severe illness from the radioactive fallout.

No longer able to hide from their sordid past in an era of information, historian Raphaëlle Branche told Le Monde, “It will no longer be possible to deny the systemic nature of torture in Algeria”; and in 2017 the Algerian League for the Defense of Human Rights estimated the victims of French colonial rule to be over 10 million.

In 2019, France officially acknowledged for the first time that it carried out systematic torture during Algeria’s independence war – a landmark admission about its conduct in the conflict which ended 56 years ago and that has been shrouded in secrecy and denials.

The president, Emmanuel Macron, said that France instigated a “system” that led to torture during the Algeria conflict, and the past must now be faced with “courage and lucidity”.

Many will argue that acknowledgment is enough to redress the crimes, to learn from the nation’s terrible history and turnover a new leaf. However, we must be clear about the origins of this brutal oppression and the root causes of subjugation orchestrated at state level because today we are witnessing similar atrocities across the world.

The values that enabled the colonial mindset are still with us, because the notion of deriving power and might from nationhood, which is permanently in competition with others, still exists. The modern nation state has cemented the values of them and us, dominance and subservience, good and evil to the extent that every idea and value that emerges from it is based on this same outlook. We know this as Capitalism.

Islam does not view people as commodities, nor does it seek benefit at the expense of people’s lives.

The Islamic system values difference between people and creates a social order where the priority is to facilitate people’s interactions and responsibilities. History is testament to the fact that whichever region Islam spread to, people adopted the religion willingly. Never was there a time where a Muslim authority colonised a land, subjugated its population and looted its riches for their own ends. Rather, we saw people lifted out of poverty because of Islam’s economic policies, gain access to education due to its focus on societal and self-progression, and receive healthcare due to the accountability felt by the leaders towards the people, enabling all communities to become the forerunners of the knowledge based sciences.

Allah (swt) says, كُنتُمْ خَيْرَ أُمَّةٍ أُخْرِجَتْ لِلنَّاسِ تَأْمُرُونَ بِالْمَعْرُوفِ وَتَنْهَوْنَ عَنِ الْمُنكَرِ وَتُؤْمِنُونَ بِاللّهِ وَلَوْ آمَنَ أَهْلُ الْكِتَابِ لَكَانَ خَيْرًا لَّهُم مِّنْهُمُ الْمُؤْمِنُونَ وَأَكْثَرُهُمُ الْفَاسِقُونَ “You are the best nation produced [as an example] for mankind. You enjoin what is right and forbid what is wrong and believe in Allah. If only the People of the Scripture had believed, it would have been better for them. Among them are believers, but most of them are defiantly disobedient.” [Surah Al-i Imran: 110]

Islam was revealed for the benefit of all humanity, and never before has the entire world been so desperately in of its unifying force. May Allah (swt) replace the causes of oppression with the sublime standard of Islam through the reestablishment of the second promised Khilafah Rashida (rightly guided Caliphate) upon the method of the Prophethood.