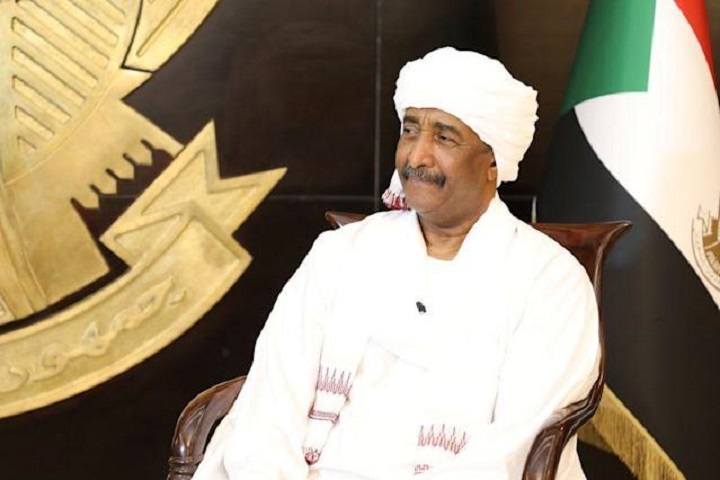 Through an interview broadcast by Sudan TV on Saturday 12/02/2022, the President of the Sovereignty Council Abdel Fattah Al-Burhan said: “The exchanged visits between Sudanese and ‘Israeli’ officials are of a military and security nature, not political.” Al-Burhan stated in this meeting that the cooperation with the Jewish entity helped in the arrest of ‘terrorist’ groups present in Sudan that could have threatened the security of the country and the region.

In his speech, Al-Burhan believes that the mutual visits between them and the Jewish entity of a military and security nature, and not a political one, are considered a commendable and legitimate matter, and by saying this he acknowledges the existence of a state called ‘Israel’, so he deals with it and coordinates with it in military and security issues, and based on the information of this monstrous entity, Muslims are arrested on charges of terrorism!

We in Hizb ut Tahrir / Wilayah of Sudan, and in the face of this suspicious relationship of the rulers of Sudan with the Jewish entity, affirm the following facts:

First: There is no state called ‘Israel’, but there is an entity that occupies the land of Isra and Mi’raj, with which it is not legal to deal with except by mobilizing armies, and purifying the occupied land of its dirt, as the Almighty Allah says:

“Kill them wherever you come upon them and drive them out of the places from which they have driven you out” [TMQ Al-Baqarah: 191].

Second: The terrorism that Al-Burhan claims that the Jewish entity helps him to fight is in fact represented in the foundation and principles of this statelet, as it is the one that practices terrorism by killing, plundering, and demolishing homes upon the heads of their inhabitants, our Muslim brothers in occupied Palestine. Has Al-Burhan not heard of the latest action of this monstrosity of killing three Palestinian youth in Nablus in cold blood in the manner of gangsters?!

Third: The main threat to the security of the country and the region is the presence of this monstrous entity in the heart of Muslim countries, and the standing of all the forces of Kufr and atheism and their hypocrites who support it in killing Muslims in occupied Palestine and not those whom they call terrorists, whose presence in the worst case was a reaction to what this usurping entity was doing, and the negligence of the Muslim rulers with them, and their silence over their crimes, and even their assistance with normalization and other things.

Fourth: Al-Burhan knows that the Muslim people of Sudan will not accept any relationship with the Jewish entity that occupies the beloved Masra al-Mustafa, peace be upon him, and the Al-Aqsa Mosque; the First of the Two Qiblahs, and the Third of The Two Holy Sanctuaries, so he and some of his entourage secretly move in this file and the Jewish media exposes them; what a disgraceful value you have in their eyes!

In conclusion: The soon-to-be-returned Khilafah (Caliphate), Allah willing, will hold accountable every traitor to Allah, His Messenger and the believers, and everyone who shook hands with Jews stained with the blood of Muslims.

“The wrongdoers will come to know what ˹evil˺ end they will meet” [TMQ Ash-Shu‘ara: 227]