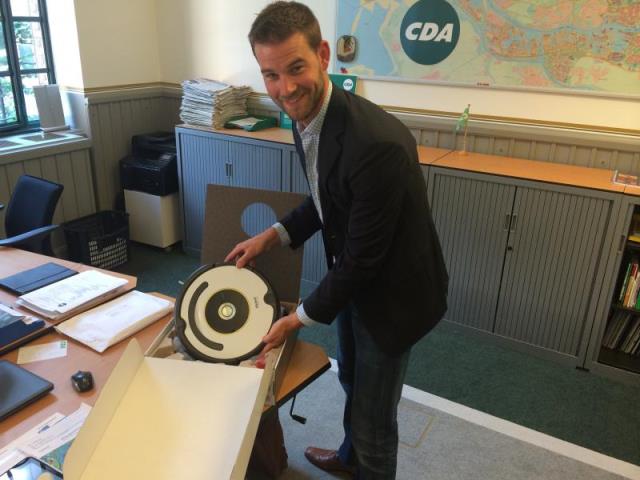 After it was due for members of Hizb ut Tahrir to hold an intellectual seminar on the Islamic identity this week, the President of the CDA Party in the Dutch city of Rotterdam “Sven da Langen” opposes this seminar strongly and worked to incite public opinion against Hizb ut Tahrir. Then he contacted the head of the municipality of Rotterdam, Ahmad Abu Talib, and informed him about the seminar and that Hizb ut Tahrir threatens the social relations in the Dutch society, and therefore this party should not be given any platform to promote its ideas in this city.

By this he is trying to suggest that the objective of Hizb ut Tahrir’s activities is to undermine the regime governing the country, while everyone knows that the work of Hizb ut Tahrir is limited to the intellectual and political work, and that it is a political party that does not undertake material actions and does not resort to violence in seeking to establish the Khilafah, because doing such acts contradicts the method of the Prophet ﷺ which is followed by the party since its inception, not only in the Netherlands, but everywhere  where the party operates, and the Party’s work to take power and change society is only confined in the countries of the Islamic world. This means that the party’s work here does not aim to overthrow the Dutch government and change society as promoted by some, but the Party’s work in the Netherlands, as in other Western country is to work with Muslims in this country to preserve their Islamic identity and to defend their interests and carry the message of Islam to non-Muslims.

The danger that  “Seven da Langen” is warning is imaginary and does not exist, and what the CDA party intends has been published in an article in the Metro Newspaper; as stated in the article that: “Hizb ut Tahrir is a threat to society“, and The CDA party spoke of “unacceptable reprehensible ideas” and that “their ideas (i.e. Hizb ut Tahrir’s ideas) are incompatible with our ideas and our system“, which means in practical terms of narrowing the freedom of Muslims to carry their ideas and its dissemination, and push them to take Western ideas. Westerners cannot imagine that there is a minority like the Muslim minority who wants to preserve their Deen and identity, so they are forcing them to embrace the prevalent ideas in society and this undoubtedly one of the characteristics of an authoritarian society.

What is absent from the minds of Westerners is that there is no connection between belief in the applied system and the co-existence between the different factions of society, what is required for co-existence is the obedience to the system and not believe in this system and the Western values ideals. A person would be tried for violating the law regardless of his belief and acceptance of the values ​​and ideals that dominate the society. Therefore, those who stir up hostile feelings against Hizb ut Tahrir prove again and again that supporters of freedom of expression are the first to violate this freedom, they are the first who constitute a major obstacle preventing the existence of a harmonious society whereby different human spectra live in safety and security.

Media Representative of Hizb ut Tahrir in the Netherland