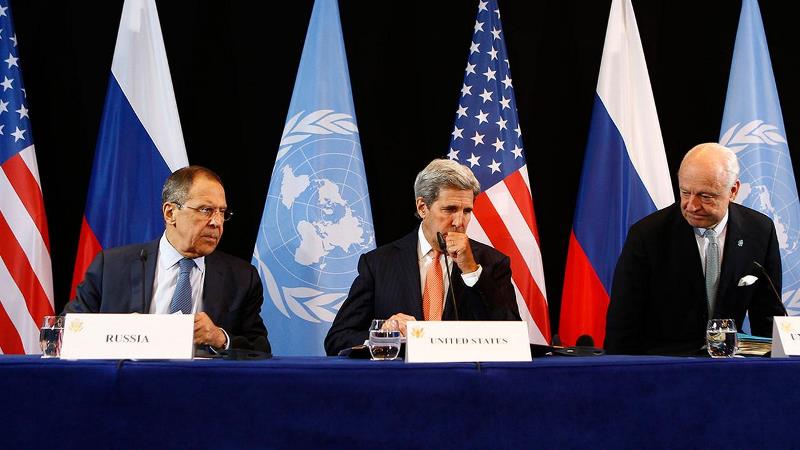 For those Muslims supporting this new treacherous ‘Sell-out’ ceasefire agreement between the Shaytan Syrian regime and some opposition fighters, please note the following:

1. This agreement will maintain in power this murderous Shaytan regime which has slaughtered over 600,000 of our brothers and sisters, gassed babies and children with chemical warfare, and defiled the honour of countless numbers of our honourable sisters. It is making a deal with the devil. How can you even contemplate such a thing?

2. Instead of the Shaytan Syrian regime killing the Mujahideen with its own hands – this ceasefire will now – under the deceptive guise of ‘preventing terrorism’ – turn Muslim brother against Muslim brother, by forcing those who signed up to it to kill their own brothers who continue to fight this tyrant. So Assad, Putin and the Western governments who have opposed this blessed Islamic revolution from its beginnings are using these rebel fighters to do their own dirty work. AND those whose hands and hearts were once united against this butcher will become enemies. Furthermore, those Muslims who sign up to this dirty agreement will be killing their brothers on behalf of protecting the throne of the one who slaughtered their Ummah. The Prophet ﷺ said,

“A Muslim is the brother of another Muslim. He does not betray his brother, lie to him and leave him unassisted. The chastity, property and blood of a Muslim are haram for another Muslim. This is where taqwa lies. It is enough as evil for a Muslim to despise his Muslim brother.” (Ahmad)

“The Believers, men and women, are protectors one of another: they enjoin what is just, and forbid what is evil: they observe regular prayers, practice regular charity, and obey Allah and His Messenger. As for these, Allah will have mercy on them. Lo! Allah is Mighty, Wise.“

“And hold fast, all together by the rope which Allah (stretches out for you), and be not divided among yourselves; and remember with gratitude Allah’s favor on you; for ye were enemies and He joined your hearts in love so that by His Grace, you became brethren; and ye were on the brink of the pit of fire, and He saved you from it. Thus doth Allah make his signs clear to you: that you may be guided.”

4. This blessed revolution was fought for the sake of removing the rule of a Pharun and replacing it with the Rule of Allah سبحانه وتعالى. Signing up to this agreement is therefore betraying an Islamic revolution that was fought in Allah’s name. AND it is betraying the blood of hundreds of thousands of martyrs who sacrificed their lives Fee-Sabilillah. It is supporting the continuation of the rule of a Kufr dictatorship OVER establishing the System of Allah – the Lord of the Worlds and the One to Whom each one of us will return. It is siding with the allies of Shaytan over Allah سبحانه وتعالى.

“O you who have believed, do not betray Allah and the Messenger or betray your trusts while you know [the consequence].”

5. This agreement will not create peace in Syria, rather the bloodshed against our sincere Ummah who refuse to bow to this butcher will continue unabated, but now with the rubber-stamp of approval from the international community and their Muslim brothers who betrayed them.

6. What kind of future do you really think the Muslims of Syria will have with the continuation of the secular rule of this murderous tyrant regime? Do you think that they will enjoy one day of happiness or security? Isn’t four long dark decades of this brutal dictatorship enough proof that this regime doesn’t know any other language other than oppressing, imprisoning, torturing and killing the sincere believers? How many more decades of this do you want??? The ONLY system that can guarantee a future of security, dignity, prosperity and happiness for this Ummah is the Khilafah based upon the method of the Prophethood, governed by a leader who will rule with the justice and mercy that can ONLY come from implementing the Laws of Allah سبحانه وتعالى upon this earth.

“Whoever desires honor, then to Allah belongs the honor wholly. To Him do ascend the good words; and the good deeds, lift them up, and (as for) those who plan evil deeds, they shall have a severe chastisement; and (as for) their plan, it shall perish.”