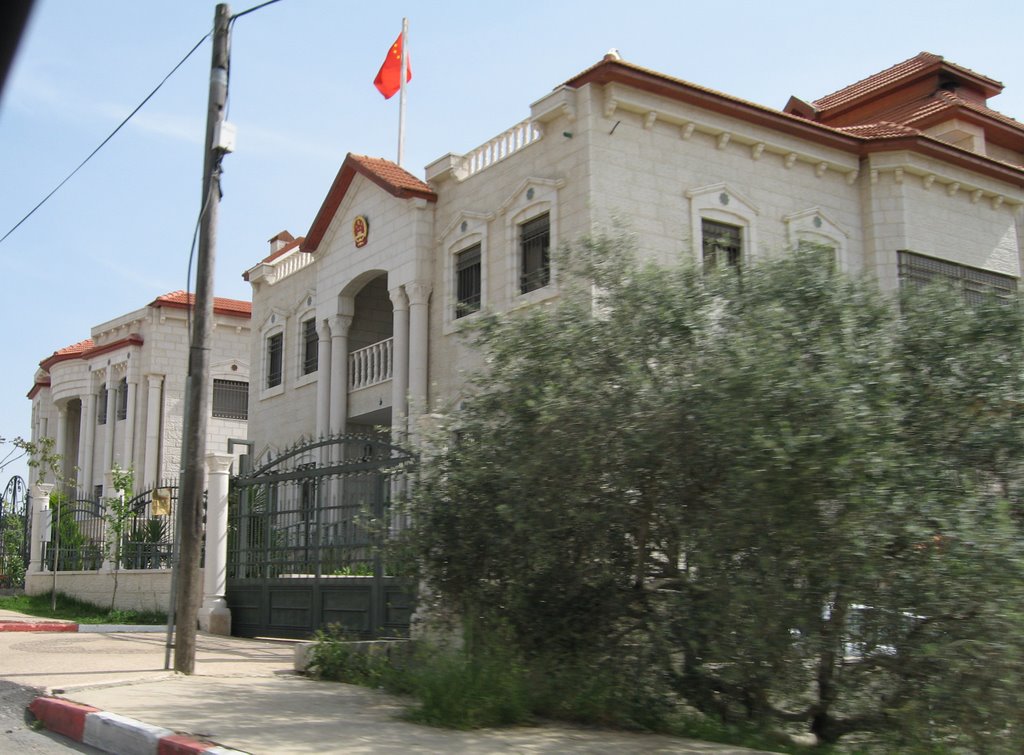 On Tuesday, 2 April 2019 CE corresponding 26 Rajab 1440 AH, a delegation from Hizb ut Tahrir in the Blessed Land of Palestine handed over a letter to the Chinese Embassy in Ramallah warning against its continued policy of repression and persecution against Uighurs and all Muslims of East Turkestan.

The letter is a press release issued by the Central Media Office of Hizb ut Tahrir entitled “Khilafah will Liberate East Turkistan And will Free the Uyghurs from China’s Criminal Oppression”. The statement was delivered in three languages: Arabic, Chinese and English.

Part of what was mentioned in the statement was: “Muslims will not forget about the injustice, the current crisis they face is a passing summer cloud. The Khilafah Rashida (rightly guided Caliphate) on the method of Prophethood, which will come soon, by Allah’s permission, will bring the victory to our oppressed brothers in East Turkistan, and will hold accountable all who oppressed them and stood against them, the Prophet ﷺ said: «إِنَّمَا الإِمَامُ جُنَّةٌ يُقَاتَلُ مِنْ وَرَائِهِ وَيُتَّقَى بِهِ» “The Imam is a shield, behind whom you fight and protect yourself.”

And then neither China nor others dare to hurt a Muslim because they realize that whatever they do will be brought back to them doubled. And Allah is the Strong and Powerful.”

The delegation called on the Chinese government to take heed from history, stressing that the Khilafah that forced China to pay the Jizyah is imminent by the will of Allah, and that it will not forget the suffering of our brothers and sisters in East Turkestan and will give them victory and will elevate the injustice of China’s criminal rulers’, so it would be better for China to stop its evils against Muslims.