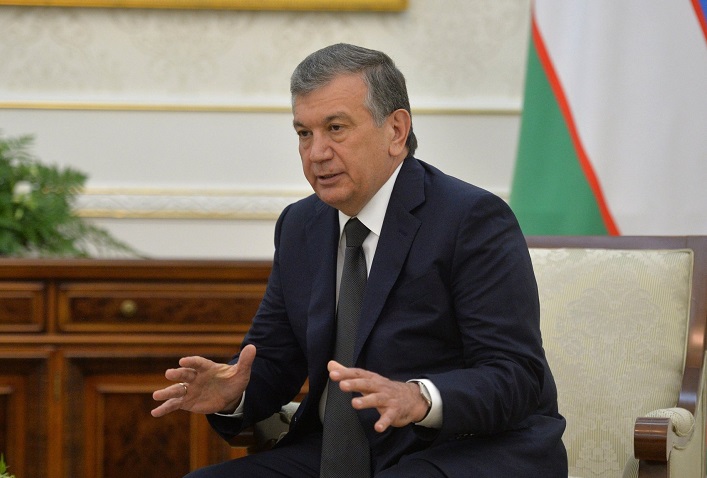 An interview with Abdurrahman Tashanov, head of the human rights organization Ezgulik in Uzbekistan, was broadcast on the “OzodNazar” website for the Uzbek service on Radio Liberty. It was said that on 5 May, the human rights activist had spoken for several minutes with former senior officials serving sentences in Prison 22 in Zanki Ata. They are the former Head of State Security Akhtar Abdul-Leif (sentenced to 19 years’ imprisonment), the former Public Prosecutor Rashid Kadyrov (10 years), and the former Deputy Chief of National Security Colonel Jawdat Sharif Khujayev (16 years). It was also said that in prison, Abd al-Leif is placing flowers in pots and Kadyrov is sewing women’s dresses.

These people not only served the authoritarian regime of Karimov in Uzbekistan, but they are the organizers of this regime. Today they themselves have become victims of this regime. Shaukat Mirziyev, who came to power, took revenge on them for their hatred of him during the Karimov era. Thus, they taste the bitter fruit of the tree of oppression that they planted with their own hands! Those people who participated in the imprisonment of thousands of innocent Muslims on trumped-up charges, destroyed their families and worked tirelessly to keep the repressive machine running are now in the same predicament. But their position differs greatly from that of the oppressed Muslims who say “Allah is our Lord”. These Muslims were persecuted because they stood firmly on the path of truth and hoped Allah’s reward their deeds. But what about these people, what are they hoping for? They spent most of their lives in the service of this tyrannical regime that thwarted their services and sent them to prison! This is the outcome of those who fought against the people of truth and justice and stood on the side of lies and injustice. Omar Ibn Abd Al-Aziz said to his companions: “Tell me about the foolish of people”? They said: A man sold his Hereafter for his world!! Omar said: “Shall I not tell you who is more fool than him?” They said: Yes. He said: “A man sold his Hereafter for someone else World.”

This is their punishment in this world, and the torment of the Hereafter is more severe, and that is the humiliation and shame of this world and the Hereafter. So, a lesson must be drawn from this, especially from those who serve this unjust and false regime. They must open their eyes, for Allah Almighty has taught them lessons repeatedly in order for them to learn. If they do not take the lesson, they will be among the losers. Allah (swt) said:

“And thus is the seizure of your Lord when He seizes the cities while they are committing wrong. Indeed, His seizure is painful and severe.” [Hud: 102].

O You who serve the policy of the government of Uzbekistan against Islam and Muslims: The war on Islam and Muslims will never lead to good. Rather, seize the opportunity to stand by the Muslims and take the opportunity to escape from Allah’s torment, and if you cannot support the religion, do not deter it at least, may Allah forgive you your sins in return for your work this!