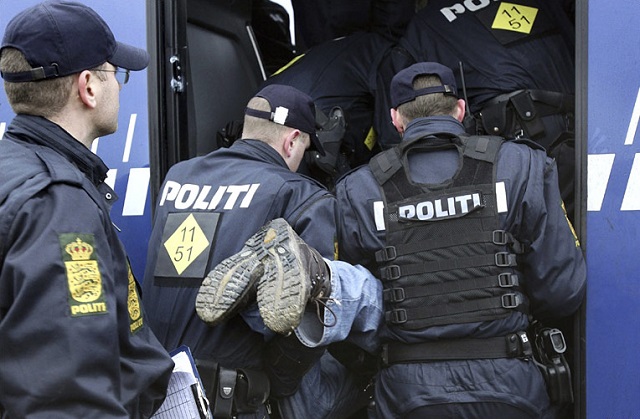 The Muslims in Denmark have spoken with one clear voice! In reaction to the Danish government and other politicians encouraging forcible removal of Muslim children under the pretext of the risk of radicalization, a number of Muslim organizations and representatives came together and signed a joint statement on 14 March 2015, with the following conclusion:

“We condemn in the strongest terms that suspected radicalization can be a cause of forcible removal of Muslim children. We still have not heard of examples of right- or left-wing extremists, whose children have been removed on these grounds.

We firmly insist on our right and duty as Muslims to educate our children with Islamic values and precepts, and influence our children with the Islamic culture and thinking. This includes critical attitudes towards local and international political issues, as well as opinions that go against the mainstream of society when it comes to the ideal system of government, without these views being labelled as radical and a reason for the authorities’ intervention in Muslim families.”

Based on this statement, a petition has been carried out during the last four weeks, mainly among Muslims in Zealand, Odense and Aarhus, as a way to protest against this aggressive practice, which can not be perceived as other than governmental thought control of Muslim families. A number of non-Muslim Danish citizens have noted the inhumane course against Muslims as well, by politicians and authorities, and so they supported the cause with their signatures.

The massive support of 15,000 signatures, and the Muslims’ collective stand on this issue, is a clear sign that the Muslims stand firm on their Islam and do not accept the totalitarian political approach to their Islamic values, which was expressed by Minister of Social Affairs, Manu Sareen, when he said, “Forcible removals of young people from homes where there is a fear they become radicalized, is part of a new form of prevention, which must be taken into account”. He also said, “If you do not prevent, you will not get rid of extremism, and forcible removal is also part of preventing… I think this is reasonable.”

High praise and thanks are therefore due to the Muslims and their representatives, for standing together in this vital matter, the essence of which is to protect the young generation and future generations of Muslims and safeguard their Islamic identity in spite of the aggressive and culturally imperialist policy of assimilation carried out by successive governments in this country. It is rather well known that “radicalization” is a highly politicized term that includes general Islamic principles and basic practices. What the politicians actually mean by battling radicalization among young Muslims is that Muslims are to be subjects to secular mind control.

The Islamic revival of Muslims everywhere in the world cannot be stopped by either western-backed torture regimes in the Muslim world or the western states, such as Denmark, which is moving in an increasingly totalitarian direction in their powerlessness in front of Islam. They even went so far as to remove Muslim children because they do not like their parents’ views.

Muslims in Denmark have proven that they can stand united on their vital issues. Yes, the Muslim nation is on body that share the same feelings, and if stands together, no one can resist. Let this be a clear signal to politicians and the public, that Muslims will not accept the dishonest attacks against the Muslim family and the Islamic identity.

“Hold firmly to the rope of Allah all together”