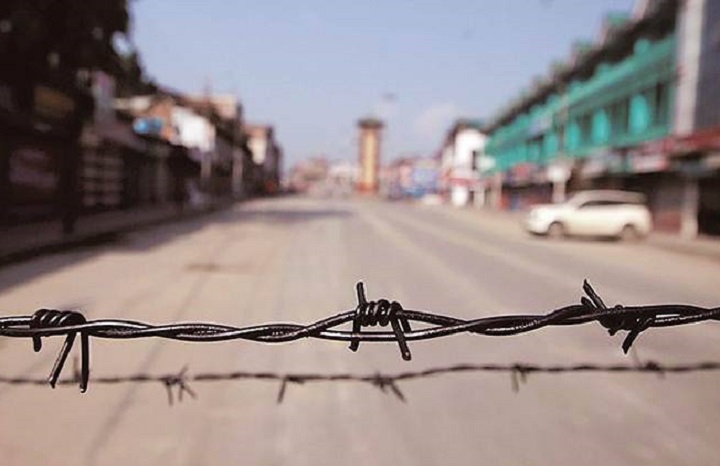 Prime Minister Imran Khan and Chief of the Army Staff (COAS) General Qamar Javed Bajwa on Thursday called out India over its continuous “inhuman military siege” and “unprecedented oppression” in occupied Kashmir. Their rebuke came as the country observed Youm-e-Istehsal Kashmir (The Day of Exploitation) to mark two years since New Delhi stripped the valley of its special autonomy. (https://www.dawn.com/news/1638926)

Comment:
Yet another day has been added to the tally of days to be observed regarding Kashmir when Imran Bajwa regime observed Youm e Istehsaal on 5th August 2021, over India’s continuous inhuman military siege on 5th Aug 2019. It is happening at the time when Indian Idolaters have politically as well as physiologically lost Kashmir of what was left in Modi’s hands, is physical oppression through over a million Indian forces and still they are unable to calm the Muslims of oppressed Kashmir.

Here the Imran Bajwa regime is deliberately overlooking some points like they are helping Modi by just doing lip service, the regime must take note that no matter if one stops cross border movement of the mujahideen by clamp downs and stopping all kinds of monetary support by the Kashmiri relatives living in Pakistan, one cannot over take any country or a place if the people living there are not willing an inch to accept the oppressor, secondly if the Imran Bajwa regime really wants Kashmir free from Indian oppression than one must realize the fact that no oppressor will grant independence as a gift; one must take it by force, which at the moment this regime is deliberately shading away from, despite have the power to do so as we had took AJK in 1948. And thirdly as a Muslim brotherhood it our Islamic duty to help our Muslim brothers and sisters and stop the oppressor by force. And even if this regime is abiding by so called UNO, UN permits you to help Kashmiris in every way but due to US order, the Pakistani regime has tied our Armed forces rather using them against sincere Muslims in Pakistan calling for implementation of Khilafah (Caliphate). And last but not the least now China is also involved in the region so now the players around have increased so if this regime is sincere then they have ample practical options around to play with and liberate Kashmir instead they are keeping criminal silence and acting as mere spectators when it comes to give a befitting response to Modi just because the US wants it this way. And just by uttering that Indians are oppressing, Indians are creating chaos in Pakistan via Afghanistan, Indian were behind APS or submitting dossiers in UNO will not help the cause as oppression can only be stopped through force not through mere slogans or begging for help, we all know what beggars can get in this world.

It has been over 730 days of brutal Indian Siege of Kashmir and in this period the Idolaters’ oppression is touching its limits. Thousands of Muslim brothers and sisters had been martyred, thousands of our sisters had been dishonored, the whole world is witnessing all these brutalities but still favoring the oppressor and in such time instead of taking practical steps to liberate Kashmir this regime has added another day to celebrate. Slogans, debates and talks will do nothing but increase the brutal oppression of the Modi regime. In the current paradigm, India has launched against Pakistan: psychological warfare, political warfare, 4th Generation warfare and military warfare and what we are doing in response? We are diluting even our longstanding basic stance, rather in recent times this regime has forced a narrative that issues like Kashmir can only be solved through talks. It is a false narrative; no such issue in the history has been solved through talks it is the sword that resolves the issue at the end of the day. Even in Afghanistan, the US was forced to hold talks with freedom fighters when the US lost the longest war in the history at the hands of a handful of mujahedeen.

The current regime cannot do anything against idolators because they have deliberately tied up our hands through involving in IMF, WB program and putting fake pressure on the nation for FATF for worldly gains. Kashmir can only be liberated through Jihad led by our powerful Armed forces lions dying to strike the head of idolaters. Only under Khilafah our Armed forces will march at Srinagar and liberate the Kashmir by the will of ALLAH (swt).

In the time when injustice is absolute corruption and victims cannot do anything they are helpless, the victory from ALLAH (swt) comes, never a big victory big change have come without this moment, where the injustice feels that I am the lord and I can do everything and poor ones say no one is here to help us. The poor can’t do anything but raise their hands “YA ALLAH,” the victory will come in this moment and my dear brothers and sisters the time is theirs. This is the time to raise our level and work harder than ever to reestablish the Khilafah (Caliphate) on the way of the Prophethood.