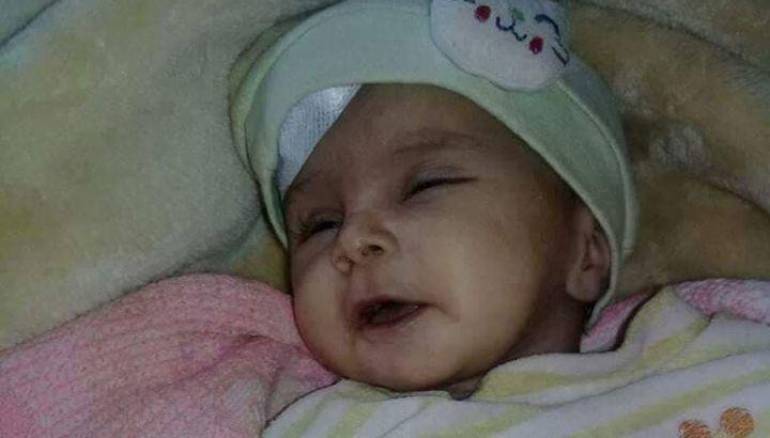 Fifteen displaced children, most of them infants, have died in Syria due to severe cold and lack of health care, according to the UNICEF report on Tuesday 15/1/2019. The children, 13 of them under the age of one, died in Al-Rukban Camp in southeastern Syria, near the border with Jordan. Al-Rukban and other camps suffer from a severe shortage of humanitarian aid, when refugees arrive after the strenuous journey after fleeing the last ISIS enclave in the east of the country. Geert Cappelaere, UNICEF regional director for the Middle East and North Africa, said, “The freezing temperatures and the harsh living conditions in Al-Rukban causes the lives of children to be increasingly endangered,” adding, “In just one month, at least eight children died – most of them under the age of four months, and the youngest of them was only one hour.”

In these difficult living and humanitarian conditions in Al-Rukban Camp on the Syrian-Jordanian border, in which around 50,000 Syrian refugees live the refugees take shelter in mud houses and plastic tents, and suffer from severe shortages of food and medicine. A few days ago, the media reported the news of a Syrian refugee woman in Al-Rukban camp who set herself on fire due to not being able to provide food for her three children.  A spokesman for the Civil Administration in the camp, Khalid Al-Ali, told the German Press Agency (DPA) on Sunday, 13/1/2019, Al-Rukban camp lacked the infrastructure for electricity, water, sanitation, medical centers and schools, and the arrival of winter exacerbated the suffering of the refugees. There is an absence of trees in this desert area for heating, and an inability to purchase fuel oil materials. Residents of the camp are also suffering from the rise in prices of food and vegetables, which is a lot higher than in the areas controlled by the regime.

The situation of the other refugee camps inside or outside Syria is not better than that of Al-Rukban camp, and the situation of the people of these camps and their children is not better than that of the children of Al-Rukban camp. They are all equal in facing injustice, suffering and abandonment. La Hawla Wa La Quwata Ila Billah, Al-Ali Al-Athim.

The support of the weak Muslims in Syria and in other Muslim countries is not a gift or a charity, but a duty required by the brotherhood of the Islamic creed, and the noble verses and Hadiths call for this. Allah (swt) says: وَإِنِ اسْتَنْصَرُوكُمْ فِي الدِّينِ فَعَلَيْكُمُ النَّصْرُ “And if they seek help of you for the religion, then you must help,” [Al-Anfal: 72]

But the relief of the oppressed and the support of the vulnerable are words that do not exist in the dictionary of the Jordanian regime, which has in its dictionary only treachery and conspiracy against Muslims and their issues, and the arrest of the Dawah Carriers who work to establish the Khilafah (Caliphate). This regime closed its borders in the face of the refugees of Syria fleeing from injustice and oppression, and declared it as closed military areas and imposed a siege on the camps, on the pretext of maintaining its security and preventing the infiltration of “terrorists”.

Although we do not see the positions that demonstrate strength and support of the oppressed by the Jordanian regime and its likes of the ruling regimes in the Muslim world, we have however witnessed the honorable position from the Muslims of Jordan demanding the opening of the Jordanian-Syrian border to the displaced people from the Syrian south and their readiness to receive their brothers after the government announced that Jordan was unable to receive more refugees from Syria.

This character trait is not absent in Islam, which our noble Messenger ﷺ described as the one body, and we call upon the Ummah to remove these artificial divisive borders that prevent Muslims from supporting each other and to unite Muslim countries under one state, and under one banner ruled by one Imam.