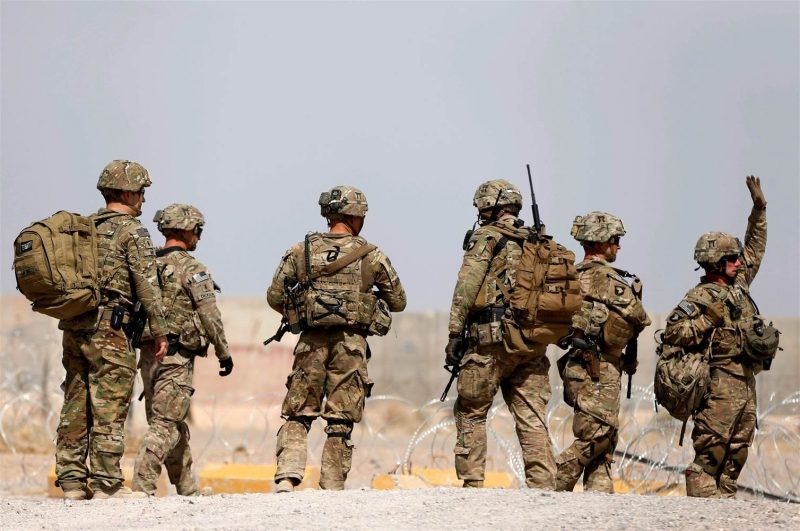 US Notifies UN of Withdrawal from Paris Climate Change Agreement

The Trump administration outlined the United States’ intention to withdraw from the Paris climate change agreement in an official notice delivered to the United Nations on Friday.

It was the first written notice to the U.N. that the administration plans to pull out of the 2015 pact, which has won the support of nearly 200 nations.

In a statement, the State Department said the administration will nonetheless continue participating in international climate change negotiations, including talks aimed at implementing the Paris climate deal, “to protect U.S. interests and ensure all future policy options remain open to the administration.”

Trump announced in June that the U.S. will leave the agreement.

Under the terms of the Paris deal, the U.S. can’t fully withdraw until Nov. 4, 2020 — one day after the next presidential election. The next president could decide to rejoin the agreement if Trump doesn’t win a second term.

In addition, the U.S. can’t even formally notify the United Nations that it is withdrawing until 2019. As a result, Friday’s notice is a largely symbolic statement with no legal weight.

The United States remains confused regarding what its reaction should be to the worldwide consensus being built on the issue of climate change. America’s overpowering economic strength is not simply a consequence of domestic American economic productivity; in reality, America’s might is due to its imperialistic dominance of natural resources worldwide, which is particularly focussed on oil. Consequently, America has much to lose from discussion of the impact of fossil fuels on climate change.

Obama had already significantly weakened the Paris Climate Change Agreement by making it non-binding, voluntary, more distributing of responsibility internationally, and closer to pre-existing domestic American developments. However, Trump wishes to go further through disparaging the agreement by announcing America’s exit, even though this has no immediate legal effect.

The visible dangers of climate change are a direct consequence of the excesses of the Capitalist ideology and the rapacious material greed that this ideology instils in its people, leaders and corporations. Capitalism has ruled the world for less than three centuries, but this has been enough to take the world to the edge of destruction.

The leading power dominates and influences the entire world, not only the country that it rules over. The world was at peace when Islam dominated it, and the world can only return to peace once more when Islam is re-established again.

According to recent press leaks, US President Donald Trump is deeply frustrated with the progress of policy making for the US war in Afghanistan. According to NBC News:

President Donald Trump has become increasingly frustrated with his advisers tasked with crafting a new U.S. strategy in Afghanistan and recently suggested firing the war’s top military commander during a tense meeting at the White House, according to senior administration officials.

During the July 19 meeting, Trump repeatedly suggested that Defense Secretary James Mattis and Chairman of the Joint Chiefs of Staff Gen. Joseph Dunford replace Gen. John Nicholson, the commander of U.S. forces in Afghanistan, because he is not winning the war, the officials said. Trump has not met Nicholson, and the Pentagon has been considering extending his time in Afghanistan.

Over nearly two hours in the situation room, according to the officials, Trump complained about NATO allies, inquired about the United States getting a piece of Afghan’s mineral wealth and repeatedly said the top U.S. general there should be fired.

The Afghanistan issue has become yet one more point of conflict between Trump and his National Security Adviser H.R.McMaster. According to anonymous disclosures quoted on the dailycaller website:

In fact, we are seeing a struggle between Trump’s nationalist backers and the establishment over these various policies. But Afghanistan, in particular, has become a strong point of contention because of the evident American failure there. The American-backed Kabul regime controls less than half of the country, and its control is diminishing yet further as Afghan mujahideen increase their advances.

Afghanistan is vitally important, strategically, for America. As a country of high elevation located between South, Central and West Asia, it provides the perfect base from which to intimidate and control these vast and important regions, as well as challenging Russia and China to the north of these. The only obstacle for America to achieving all of this is that the sincere Muslims of Afghanistan will not accept the rule of the disbelieving foreigner.

America Intensifies its Involvement in Yemen

Despite failing in Afghanistan, America is pressing ahead in Yemen. According to the Washington Post:

A contingent of U.S. troops is involved in a Yemeni operation to push al-Qaeda militants from one of their key strongholds in central Yemen, the Pentagon said Friday.

A small number of troops are there to help with “intelligence sharing,” Pentagon spokesman Capt. Jeff Davis said, though he did not rule out that more U.S. forces could be committed to the operation in the coming weeks.

The announcement comes a day after the United Arab Emirates said in a statement that its forces, along with U.S. troops, were supporting the Yemeni military in the Shabwa governorate in a bid to oust al-Qaeda fighters entrenched there. The operation is just the latest U.S.-backed move against the terrorist group, known as al-Qaeda in the Arabian Peninsula, and signals the next phase of the invigorated U.S. counterterrorism campaign against the militants that began shortly after Donald Trump took office.

America is struggling to maintain its control over the Muslim world. In country after country, the US is having to intervene militarily, progressing from airstrikes to placing ‘advisers’ on the ground to sending in contingents of combat troops.

It is not that America has weakened. It remains strong and dominant in other parts of the world. It is reasserting itself in South America. It is imposing itself in Korea and the South China Sea. It continues to dominate over Europe. So the apparent weakness in the Muslim world is in fact due to a change in Muslims, not a change in America. Muslims are rising up again, becoming more intellectually aware of their reality and the reality of the disbelieving foreigner. And increasing numbers of Muslims are putting time, money and effort into contributing to the resurgence of Islam, whether through study, teaching, carrying the call for the re-establishment of Islam, or actively participating in resistance movements to foreign occupation. Yes, America’s hold on the Muslim world is weakening, and we will soon see, with Allah’s permission, the re-establishment of the Islamic Khilafah State (Caliphate) on the method of the Prophet (saw).