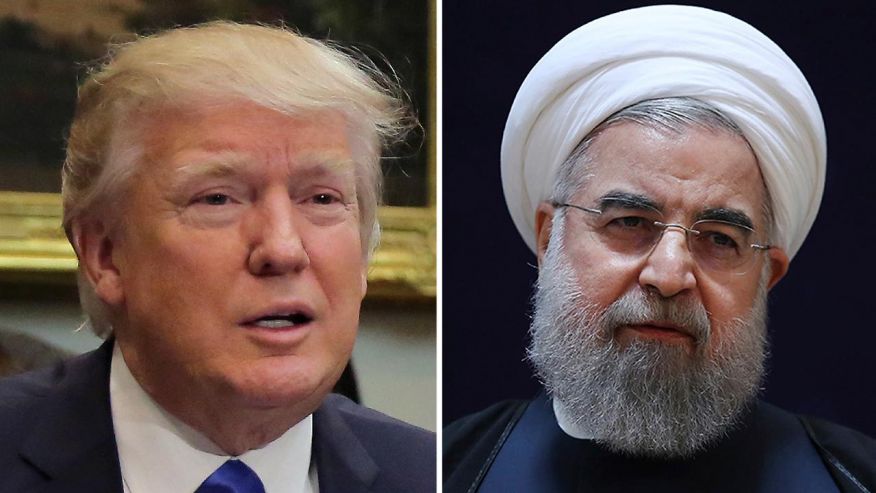 As courts issue temporary suspensions of Trump’s travel ban from multiple Muslim countries, it has emerged that the order had also resulted in the suspension of perhaps 100,000 visas. According to a report in The Daily Beast:

“The executive order on immigration that Donald Trump signed late last week didn’t just stop refugees from coming to the U.S. and keep out nationals from seven Muslim-majority nations. It also revoked more than 100,000 visas, according to a Department of Justice lawyer.

The eye-popping revelation—which Trump’s State Department says isn’t completely accurate—came Friday morning in federal court in Alexandria, when Judge Leonie Brinkema questioned DOJ attorney Erez Reuveni about the impact of the executive order. Reuveni was there arguing for the Trump administration and against lawyers for the Commonwealth of Virginia, as well as plaintiffs who had been unable to enter the U.S. because of the president’s order.

And Reuveni said that more than 100,000 people’s visas were revoked on 6:30 p.m. on Saturday when the president signed his executive order.”

The State Department disputes this number, saying that the number of visas is less than 60,000, still a very high number.

This initiative from the Trump administration is significant not because of the visa cancellations, or even the travel restriction itself. It is significant because the American president has chosen to openly explain that he is attempting to deny Muslims entry into the United States. Previous presidents have chosen to pretend that they are not making war on Islam, even while they sent many hundreds of thousands of armed forces to fight in Muslims lands. But with the continued failure of Western efforts, the Trump administration is seeing the need to be open about the West’s real agenda in order to stir the Western people in general against Islam.

US Imposes New Sanctions on Iran

After already banning citizens from Iran, the most populous of the seven Muslim countries listed, Trump has now unveiled new sanctions against the Iranian regime. According to the New York Times:

“New sanctions that the Trump administration imposed on Friday to punish Tehran’s latest ballistic missile test marked the beginning of what officials called the end of an era in which the United States was “too tolerant of Iran’s bad behavior.”

In what was described as the first in a series of efforts to confront Iran around the globe, the ban on banking transfers was levied against 25 Iranians and companies that officials said assisted in Tehran’s ballistic missile program and support of terrorist groups.”

The Iranian government need to ask themselves what they have gained from their previous cooperation with America. Iranian cooperation with America has not only been over the recent nuclear issue but has in fact gone back decades to the Iran-contra scandal and even to covert negotiations between Khomeini and the US prior to the revolution, through which the revolution was able to obtain covert backing from the US and the Shah became an international pariah. Even now, Iran continues to covertly cooperate with America in Syria, supporting the brutal tyrant Assad against the people of Syria.

The salvation for Muslims, Shia and Sunni, is in the establishment of the true Islamic State upon the methodology of Prophethood, implementing Islam and carrying it to the world, and not an Iranian ‘republic’, which noble Iranian Shia scholars such as Ayatollah Baqir as-Sadr have fully explained directly contradicts Islam.

European leaders have begun reacting to the boisterous rhetoric of Trump’s new administration and even rejecting Theresa May’s efforts to maintain Britain’s traditional role of balancing between America and Europe. According to the Guardian Newspaper:

“European leaders launched a series of attacks on Donald Trump over his anti-EU rhetoric on Friday, accusing him of a lack of respect, as Theresa May’s attempts to position herself as a bridge with the new US president were roundly rejected at a summit in Malta.

Trump’s conduct was scorned by prime ministers and presidents, with the French leader, François Hollande, warning there would be no future for Europe’s relations with the US “if this future isn’t defined in common”.”

In fact, the power in Europe has shifted from France to Germany. It is German Chancellor Angela Merkel who is actually behind the present animosity of European countries towards America, seeing in this the opportunity to reduce European dependence on the American superpower. As the article further explains:

“Merkel suggested in a press conference following the day’s talks that Trump’s election made it all the more crucial for the EU to strengthen its own defence and repeated her opposition to his ban on nationals from seven majority-Muslim nations. “From our side, we work on the basis of our shared values. We want to bring about transatlantic cooperation,” she said. “There will be areas where we disagree. Fighting international terrorism is not something that will justify throwing a general suspicion on people of a certain faith or a certain origin.”

The West is deeply divided against itself. The Uthmani Khilafah had been able to use these divisions to advance into large areas of European territory. Western domination of world affairs is not because it has healed its divisions but because there is now no true Khilafah in the world and Muslims are themselves divided into more countries than the West. With the re-establishment of the Islamic Khilafah State on the method of Prophethood, Muslims will very quickly return to their dominant position in world affairs, bringing truth to the world in place of falsehood.