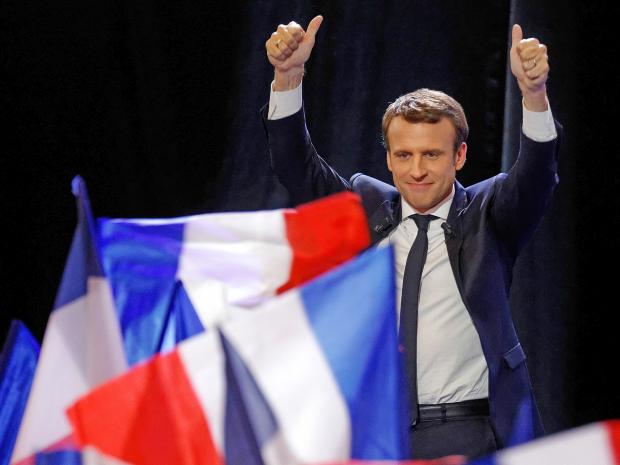 Al-Qaeda leader Ayman al-Zawahiri has called on the armed Syrian opposition to wage guerrilla warfare against the government of Bashar al-Assad and its allies. In an audio tape titled “Syria will only bow to God,” released on the internet on Sunday, Zawahiri urged Syrian rebels to “have patience and prepare themselves for a long war against the Crusaders and their Shia allies”. Al-Qaeda have been absent from the global scene shortly after the emergence of ISIL, with its absence in Syria signalled by the severing of ties by the Al Nusra Front in July 2016. “Certainly with the ISIS being the star, if you will, in Syria, Iraq and elsewhere, al-Qaeda is trying to be relevant at a time when it is no longer relevant,” stated Marwan Bishara a senior analyst. It is also worth noting that the Al-Qaeda leadership has become decentralised over the past decade with smaller groups of affiliations in Yemen, Pakistan etc acting with autonomy and that this address is aimed at presenting a structured leadership rather than a fragmented group.

Macron, who leads the centralist “En Marche!” defeated right wing candidate Marie Le Pen in the first round of voting in the French general election. Le Pen has thus managed to stoke up the sentiments of right leaning personalities in France and in line with the anti-immigration atmosphere engulfing Europe she has also been seen as advocating “divisive” politics. However in this encounter it is the young Macron who won. Whilst both candidates have been presented as wide apart in their opinions and vision for the country it remains clear that those things that matter, including French foreign policy and the treatment of minorities such as Muslims remains constant.

US Mission Creep in Afghanistan

The Taliban carried its largest attack since the US invaded Afghanistan 16 years ago. The attack on the 209th Corps in Balkh Province began around 1 pm, in a crowded area of soldiers. A Western military official in Kabul, said the number of deaths could reach 70 or more. Zabiullah Kaker, a member of the Balkh provincial council, said people inside the army corps had told him that at least 66 soldiers were killed in the attack and that 74 were wounded. The attack forced the resignations of the country’s defense minister and army chief on Monday 24th as Defense Secretary Jim Mattis arrived in a surprise visit to survey the deteriorating situation. The Taliban, which is contesting control of one-third of Afghanistan, has continued to steadily gain territory and inflict record casualties on civilians and troops since most NATO troops withdrew from the country in 2014. With the conflict at a stalemate and no sign that peace talks will resume after several years of failed attempts, it is far from clear whether the Trump administration will decide to make a significant contribution in troops and money. There are growing doubts about the ability to defend against major Taliban attacks and this attack by the Taliban just adds to those doubts.

The United States is pledging support for Saudi efforts to counter Iran’s destabilizing activities in the region. During talks Wednesday in Riyadh, U.S. Defense Secretary Jim Mattis emphasized to his Saudi counterpart, Deputy Crown Prince Mohammed Bin Salman, the importance of cooperating and boosting Saudi security in order to “reinforce Saudi Arabia’s resistance to Iran’s mischief.” “We are not leaving this region, but at the same time it is in our interest to see a strong Saudi Arabia military, security services and secret services,” Mattis told reporters. “So what we can do here today could actually open the door possibly to bringing our president to Saudi Arabia.” The Arab kingdom is Mattis’ first stop on a week-long Middle East tour, that includes Egypt, Israel and Qatar. Earlier on Wednesday, the U.S. Defense Secretary met with Saudi King Salman. The visit comes a month after U.S. President Donald Trump hosted Prince Mohammed at the White House, with both leaders noting the “importance of confronting Iran’s destabilizing regional activities while continuing to evaluate and strictly enforce the Joint Comprehensive Plan of Action,” according to a March 15 White House statement. On Wednesday, the Saudi defense minister told Mattis, “We greatly value the leadership of President Trump.” He also said the two countries will work to “curb and counter all the challenges in the region, either when it comes to the curbing of the fighting terrorist organizations or the malign activities of Iran that continues to unsettle the world.” In remarks to Pentagon reporters following Wednesday’s talks with Saudi officials, Mattis praised Saudi Arabia’s regional leadership role in restoring stability in the Middle East. The U.S. defense secretary also said the U.S. is watching Iran’s impact across the region, from its support for Hezbollah to the Syrian regime of Bashar al-Assad. “Everywhere you look, if there is trouble in the region, you find Iran,” Mattis said. “So, right now, what we are seeing is the nations in the region and others elsewhere trying to checkmate Iran and the amount of disruption, the amount of instability they can cause.” While in Riyadh, Mattis also called for the crisis in Saudi Arabia’s neighbor, Yemen, to go before a United Nations-brokered negotiating team in order to “politically” resolve the country’s raging civil war. U.S. officials have signaled that President Donald Trump may further U.S. involvement in Yemen crisis in order to strengthen strategic relations with the Saudis, who have been supporting the fight against Iranian-backed Houthi rebels. [Source: Voice of America]

America continues to deceive the world by working covertly with Iran and overtly with Saudi Arabia to protect its regional interests. Ever since Nixon announced the Twin Pillar Policy i.e. to use Iran and Saudi Arabia together to stabilize the Middle East in 1969 very little has changed. Without the support from these two countries, America would have lost the Middle East by now.

COAS Tells US NSA: Pakistan Rejects Allegations of Employing Proxies on Its Soil

A day after United States (US) National Security Adviser Gen H.R. McMaster urged Pakistan to indiscriminately fight all terror groups, the army’s media wing issued a statement on a meeting between McMaster and Army Chief Gen Qamar Javed Bajwa. Before his meetings in Pakistan, McMaster had visited Afghanistan, where he hinted at the US taking a tougher line on Islamabad. In an interview with Afghan news agency TOLO, McMaster said: “As all of us have hoped for many, many years, we have hoped that Pakistani leaders will understand that it is in their interest to go after these [militant] groups less selectively than they have in the past and the best way to pursue their interest in Afghanistan and elsewhere is through diplomacy not through the use of proxies that engage in violence. “Director General (DG) Inter-Services Public Relations (ISPR) Maj Gen Asif Ghafoor on Tuesday tweeted a video of McMaster’s subsequent meeting with Gen Bajwa, saying: “Pakistan itself is a victim of state-sponsored terrorism. It strongly rejects allegations of employing proxies from its soil.”

Since 2001, Pakistan has been faithfully executing America’s war on terror (Islam), and America has never appreciated this fact. Instead, America has piled on pressure for Pakistan to do more…yet the Pakistani military and civil leadership continues to entertain relations with the US. This has to stop. Someone with an iota of common sense can see that the present strategy is destroying Pakistan.

China’s Swipe at Provocative US over North Korea

China has avoided directly criticising the United States for lying about the course of its nuclear aircraft carrier USS Carl Vinson, but warned that such actions might compromise regional peace. The aircraft carrier Carl Vinson is currently in the Indian Ocean whereas Washington had said it was on its way to the Korean peninsula. “We have said again and again all parties need to work together to de-escalate the tension instead of being provocative because provocation cannot achieve the goals,” stressed Chinese Foreign Ministry spokesperson Lu Kang during a press conference. He underlined the situation in the Korean peninsula is highly sensitive, and therefore all involved countries should avoid aggravating the situation. He also warned if a war starts the situation will go beyond control, and also criticised the North Korean regime for its threats to continue the nuclear missile tests every week. “China is very concerned about this new development,” said Mr Lu and urged all parties to work jointly and take concrete measures to de-escalate the tension. The strike group heading the aircraft carrier Carl Vinson, which was moving toward North Korea according to Washington’s statement 10 days ago, was in the Indian Ocean over the weekend, about 5000km away from the Korean peninsula, according to a photo published by the US Armada. The April 15th snapshot showed Carl Vinson, which is accompanied by two guided missile destroyers, between the Indonesian islands of Java and Sumatra, and not in the Sea of Japan, as indicated by the White House. It came as Mr Pence stood on the deck of the USS Ronald Reagan and warned North Korea not to challenge the mettle of the US military. “The United States of America will always seek peace but under President Trump, the shield stands guard and the sword stands ready,” Mr Pence told 2500 sailors aboard the carrier at the US Yokosuka naval base in Tokyo Bay. “Those who would challenge our resolve or readiness should know, we will defeat any attack and meet any use of conventional or nuclear weapons with an overwhelming and effective American response.” Meanwhile, video footage played during a military celebration in Pyongyang over the weekend emerged on Wednesday and shows North Korean missiles destroying an American city. The video was shown during the birthday celebration for the country’s founder Kim Il Sung and depicts rockets streaming across the ocean before exploding when reach land. It also shows a US flag in flames and rows of white crosses in a cemetery, the Korean Central News Agency reported. “When the performance was over, all the performers and participants in the military parade broke into enthusiastic cheers of ‘hurrah!,’” the state-run news agency reported. “The Dear Supreme Leader waved back to them and congratulated the artistes on their successful performance.” [Source: New.com]

For decades, America has allowed the North Korean issue to simmer and has exploited it to accomplish two underlying objectives: a) Keep the Chinese occupied in trying to solve the Korean question b) use the threat of North Korea to maintain hegemony amongst other countries of the Asian Pacific. However, with Chinese military power growing, many allies in the region are questioning America’s strategy of containing China.