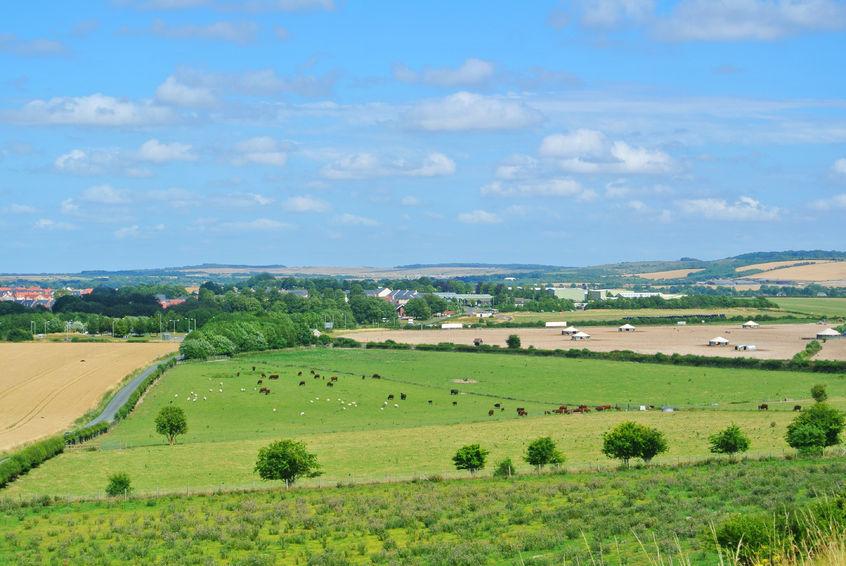 Half of England is owned by less than 1% of its population, according to new data shared with the Guardian that seeks to penetrate the secrecy that has traditionally surrounded land ownership. The findings, described as “astonishingly unequal”, suggest that about 25,000 landowners – typically members of the aristocracy and corporations – have control of half of the country. The figures show that if the land were distributed evenly across the entire population, each person would have almost an acre – an area roughly the size of Parliament Square in central London. Major owners include the Duke of Buccleuch, the Queen, several large grouse moor estates, and the entrepreneur James Dyson. While land has long been concentrated in the hands of a small number of owners, precise information about property ownership has been notoriously hard to access. But a combination of the development of digital maps and data as well as pressure from campaigners has made it possible to assemble the shocking statistics. Jon Trickett, Labour MP and shadow minister for the Cabinet Office, hailed the significance of the findings and called for a full debate on the issue, adding: “The dramatic concentration of land ownership is an inescapable reminder that ours is a country for the few and not the many. “It’s simply not right that aristocrats, whose families have owned the same areas of land for centuries, and large corporations exercise more influence over local neighbourhoods – in both urban and rural areas – than the people who live there. “Land is a source of wealth, it impacts on house prices, it is a source of food and it can provide enjoyment for millions of people.” Guy Shrubsole, author of the book in which the figures are revealed, Who Owns England?, argues that the findings show a picture that has not changed for centuries. “Most people remain unaware of quite how much land is owned by so few,” he writes, adding: “A few thousand dukes, baronets and country squires own far more land than all of middle England put together.” “Land ownership in England is astonishingly unequal, heavily concentrated in the hands of a tiny elite.” The book’s findings are drawn from a combination of public maps, data released through the Freedom of Information Act and other sources. Shrubsole estimates that “the aristocracy and gentry still own around 30% of England”. This may even be an underestimate, as the owners of 17% of England and Wales remain undeclared at the Land Registry. The most likely owners of this undeclared land are aristocrats, as many of their estates have remained in their families for centuries. As these estates have not been sold on the open market, their ownership does not need to be recorded at the Land Registry, the public body responsible for keeping a database of land and property in England and Wales. [Source: The Guardian]

Despite several bloody evolutions and the birth of enlightenment ideas, the British elite has managed to hoodwink its people to live in a perpetual state of inequality.

Military rulers in Sudan have sacked a further slew of senior officials after pressure from protesters. The move is the latest concession by the army-led transitional council, which took power last week following the fall of Omar al-Bashir after 30 years in power, and has since faced fierce pressure to rapidly give way to a civilian government. Gen Abdel Fattah al-Burhan, the leader of the council, fired the country’s prosecutor general on Tuesday, less than 24 hours after protest groups demanded his removal. The protesters have already forced the first choice of the military as leader of the council to step down, and caused the resignation of the head of the National Intelligence and Security Service (Niss). The deputy public prosecutor, the head of public prosecutions and the head of the national broadcasting corporation were also reported to have been removed from their posts on Tuesday. The military rulers have said they want an “inclusive dialogue” with the protest movement and pledged to appoint a civilian prime minister. Demonstrations against Bashir began in December amid an economic crisis and intensified 10 days ago when huge numbers massed outside the army headquarters in Khartoum, the capital, calling for army intervention to remove the president. The military detained Bashir, 75, and announced a transitional period of up to two years followed by elections. However, demonstrators are pushing for a quick handover of power to civilians. Some of the most prominent protest leaders, most of whom are in their 20s and 30s and were only released from detention in recent days, have called for the dissolution of Bashir’s National Congress party, the seizure of its assets and the arrest of the party’s leading officials. They also want the dissolution of paramilitary groups loyal to the former government, major reforms of the security services and an end to repressive laws. “For us, in the first stage, the transitional government stage, we will play a role in … establishing a democratic state,” said Gamaria Omar, a member of the Sudanese Professionals Association, a grouping of teachers, engineers and doctors which led the protests. “Afterwards, the SPA will be … a guardian of democracy in Sudan.” Analysts believe the army may be waiting for splits in the protest movement to appear. The opposition in Sudan is fragmented and current unity may prove transitory, they say. Officials say at least 65 people have died in protest-related violence since the unrest began. [Source: The Guardian]

As long as the military in Sudan is loyal to foreign masters there will be no permanent change. Revolutions in Sudan and Algeria are quickly proceeding along the lines of the Egyptian experience. The army stepped in to remove Mubarak and replaced him with Morsi. Thereafter the army displaced a democratically elected Morsi and assumed power.

Pakistan Not a Security Threat to US Now

The United States (US) on Tuesday removed Pakistan’s name from National Security Threat List. As per details, US’s counsel of foreign affairs has removed Pakistan’s name from the National Security Threat List. National Security Threat List is a list that is comprised of the list of countries which according to US’s think tanks are a threat to its national security.  According to think tanks of the US, Pakistan is no more a threat to the national security of the US. It is pertinent to mention here that it is the first time since Pakistan is not included in the National Security Threat List. However, the Trump administration has turned down Pakistan’s demand for duty-free market access to the US for its products, disclosed a prime minister’s aide. “We want duty-free market access for Pakistan’s exports to the United States, but Trump is a main hurdle,” Adviser to Prime Minister on Commerce, Textile and Industry Abdul Razak Dawood said during a meeting of the National Assembly Standing Committee on Commerce and Textile on Tuesday. The adviser said the government would again try to approach the US administration after the end of President Donald Trump’s tenure. [Source: The Express Tribune, Pakistan Today].

America’s duplicity to Pakistan knows no bounds. First the US removes Pakistan from the National Security Threat List and then America denies Pakistan duty free access to its markets. Yet despite such despicable behaviour, the Pakistani government continues to embrace America, as if nothing has happened.