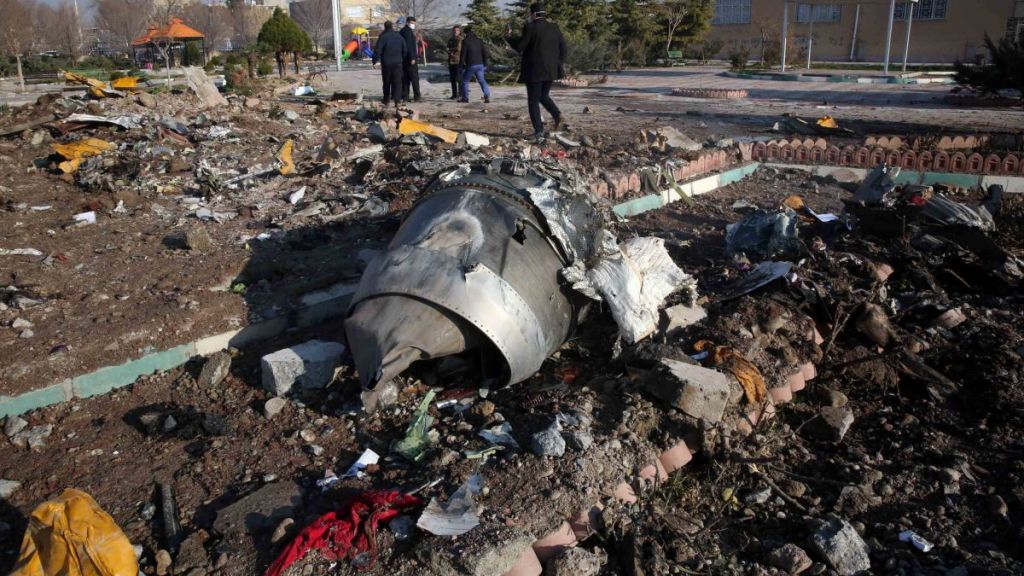 Iraq Set for Conflict, even if US and Iran De-escalate

Arch-foes Tehran and Washington may be temporarily calling it even after Iranian missiles targeted US forces in Iraq, but analysts predict violent instability will keep blighting Baghdad. “Iraq will remain a zone of conflict,” said Randa Slim of the Washington based Middle East Institute. Early Wednesday, Iran launched 22 ballistic missiles at bases in Iraq hosting American and other foreign troops, in a calibrated response to the killing of a top Iranian general in a US air strike last week. Iran warned Iraq about the raids shortly before they happened and in their immediate aftermath, foreign minister Mohammad Javad Zarif said Tehran had concluded its “proportionate” retaliation. US President Donald Trump, too, said Iran “appears to be standing down” and even suggested Tehran and Washington could work towards a nuclear deal while cooperating against terrorists. That hinted at a common desire to contain the fallout, but analysts say it would not be enough to spare Iraq. “Both sides are so mobilised in Iraq, which has become such symbolic terrain for hitting out at the other,” said Erica Gaston of the New America Foundation. Indeed, US troops and even the embassy in Baghdad had been hit by more than a dozen rocket attacks in recent months, which have killed one Iraqi soldier and an American contractor. The attacks went unclaimed but the US blamed hardline elements of the Hashed al-Shaabi, an Iraqi military network incorporated into the state but linked to Tehran. The strike that killed Iranian general Qasem Soleimani outside Baghdad international airport on Friday also killed his top Iraqi aid and Hashed deputy chief Abu Mahdi al-Muhandis. But the stunning developments of the last week – from the killing of Soleimani to Wednesday’s pre-dawn strikes – also hugely exacerbated Iraq’s political crisis. “It has made a balance impossible and pushed Baghdad squarely into Iran’s camp,” said Toby Dodge, a professor at the London School of Economics. Figures like Iraq’s President Barham Saleh, who was seen as one of the most senior officials with close ties to Washington, would likely see their influence dwindle. “If last night was the theatre of retaliation, what today brings is political consolidation and domination of the pro-Iran factions,” Toby said. [Source: Gulf News]

As long as the US remains in the region, Iraq will continue to suffer. Only the Khilfafah Rashidah on the method of the Prophethood can permanently end Western interference in Muslim lands, and return peace and stability to the region.

Pakistan Stands for Peace, not to Take Sides in US-Iran Conflict

Inter-Services Public Relations (ISPR) Director General Major General Asif Ghafoor Sunday said Pakistan would play the role of a peacemaker and not take sides in the ongoing conflict between the United States and its neighbour Iran. “Pakistan has defeated and eliminated terrorism on its territory and would not allow its soil to be used against any other country,” he said talking to private news channels. The ISPR director general rubbished claims that Pakistan’s policy towards Iran had changed in the wake of resumption of the US military training programme for the Pakistan Army as ‘fake news’. Maj Gen Asif Ghafoor also spoke about the conversation between Chief of Army Staff (COAS) Qamar Javed Bajwa and US Secretary of State Mike Pompeo. He said the Army Chief told Pompeo that the region was making progress towards peace from a very bad situation and the Baghdad incident would be detrimental to the peace efforts. “General Bajwa has an important role with regard to regional security and Afghan peace process, and Pakistan don’t want to see another conflict in this region,” he stated.

By adopting a neutral stance, Pakistan is sowing the seeds of its own destruction. Once America has finished with Iran, it will turn its attention to Pakistan and dismember the country. Hence. Pakistan should join forces with Iran to eject America permanently from the region.

The tariffs imposed by president Donald Trump and his Chinese counterpart Xi Jinping have hit firms in their own countries almost as much as the ones they were aiming at, according to research that shows the trade war has partly backfired on both nations. Academics scrutinised stock market responses in order the gain a real-time assessment of the impact of the trade war that was harder to retrieve from economic data that were often out of date or affected by other events. Since February 2018, the US has slapped tariffs on $550bn (£420bn) worth of Chinese products. China, in turn, has set tariffs on $185bn (£140bn) worth of US goods. Peter Egger a professor at ETH-Zurich University and Jiaqing Zhu at Guangdong University of Foreign Studies, found that while the trade war tariffs of the US and China directly hurt targeted firms and sectors abroad as intended, they indirectly affect stock prices through global value chain linkages in the US, China, and in third economies which do not directly participate in the trade war. The research, published on the economic portal VoxEU, found that US tariffs boosted share prices of some American companies by up to 7 per cent but cut the value of others by up to 2 per cent. While some Chinese firms share prices were hit, others gained. Looking at China, tariffs imposed by Beijing had a similar negative impact on domestic firms as well as hitting US companies. Because of the way that modern supply chains extend cross borders, the business activities of virtually all sectors and countries are linked to each other, which meant that other countries’ firms suffered indirect impacts. “Our analysis shows that there are unintended effects of the trade war on the US and China, as well as on third parties, mediated by global value chain interdependencies,” they said. “The results suggest that there is an irony to the US-China trade war in that it appears to have resulted partly in the exact opposite of what was intended. Instituting well-targeted protectionist tariffs in such a world is not easy and eventually, as in the example of the US-China trade war, hurts those they are meant to protect.” [Source: The Independent]

Globalization has made the economies of both countries interdependent. Therefore, any move by the US to move towards full mercantilism is bound to impact both economies negatively.