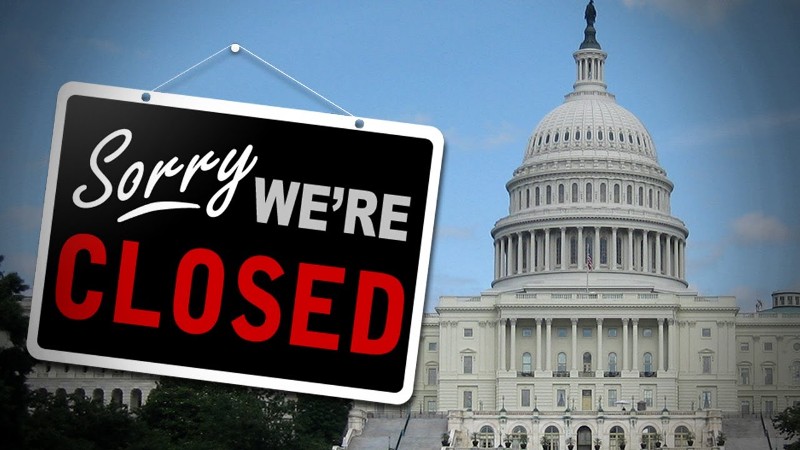 Trump’s bedeviled promise of a great America surrounded by a wall has led to the longest ever US government shutdown with no end in sight. CNBC reported on the 15th of January under the title: “Why Democrats are unlikely to cave on Trump’s border wall as longest government shutdown ever drags on” that the shutdown was then in its 24th day.

The previous record for the longest US government shutdown was set by the 21-day shutdown of 1995-1996. Now, that record has been broken, and what remains is to know when and how the stalemate between Congress and the presidency will end. How this point was reached is well known. Every year, the president and Congress must agree on a budget plan, and there is often disagreement and the process drags on into a new US financial year, which starts in October, with Congress approving temporary funding extensions until an agreement or the breakdown of negotiations, in which case ‘discretionary funding’ ceases and government departments and employees affected run out of money and salaries. Some parts of government are unaffected, as their funding does not require annual approval, but after failure to reach an agreement this year, 800,000 federal employees just received an empty paycheck for $0.00, and, working without pay, or sitting at home, many are struggling to pay their bills.

Although the border wall appears to be the immovable object of dispute between these two branches of government, the truth is somewhat clouded. Indeed, it was revealed at one point that Trump was ready to compromise over the wall. The Republican leader in the Senate, Mitch McConnell, said that the President was “flexible” about funding for the border wall, which contradicted his earlier bold threats to shut down government if his wall wasn’t approved. So what brought the possibility of compromise tumbling down? It was his own supporters, or what in US politics they call his ‘base’.

After hearing of Trump’s sudden flexibility, Ann Coulter, a conservative writer, penned an article about Trump with the title: “GUTLESS PRESIDENT IN WALL-LESS COUNTRY.” She exposed his failure to make good on his promise of a wall, which another pro-Trump conservative, Ed Rollins, called: “the most sacred comment the president ever made.” Ann Coulter warned him: “… he must know that if he doesn’t build the wall, he has zero chance of being re-elected and a 100 percent chance of being utterly humiliated,” and Ed Rollins warned him: “Trump has to be careful… His supporters care about this. This will antagonize his base if he walks away.”

Threatened with losing the love of the only people that could love him; and keep him in power, the only way Trump could choose was to add more threats and hold firm. He declared: “We will be forced to close the Southern Border entirely if the Obstructionist Democrats do not give us the money to finish the Wall,” and after that he threatened to declare a “state of emergency,” and yet still the Democrats in Congress are holding firm against him. Now each side blames the other for the shutdown, and as CNBC said, “More Americans blame Trump for the closure than congressional Democrats, underscoring why the party thinks it has the upper hand.” It seems that the shutdown could drag on until either opinion polls turn against the Democrats or Trump’s base signals to him that he has proved himself and let him soften again to fight another day.