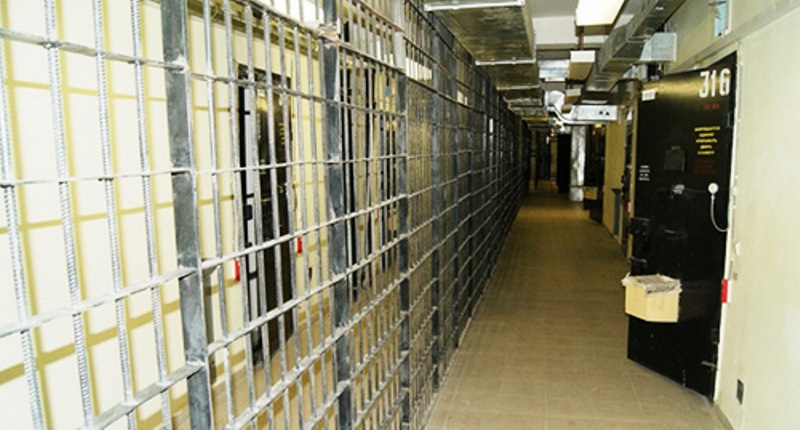 The criminal security apparatus of the regime in Jordan continues its campaign against Islam and the carriers of its Da’wah of members of Hizb ut Tahrir since the founding of Hizb ut Tahrir. A force of these repressive apparatuses arrested Mahmoud Jaradat in the middle of the night last night and took him to an unknown destination.

Another more barbaric force has arrested Ustadh Mohamad Abu al-Haija before Fajr prayer while he was in the Masjid where he always prayed, forces not taking into account the sanctities of Allah (swt) and the sanctity of Muslims in Jordan, and in a defiant provocation and aggression on the houses of Allah (swt) and further repression and abuse of the Da’wah carriers of Hizb ut Tahrir members. They entered the Masjid with their shoes without taking into consideration the sanctity of the House of Allah, and upon arresting him, he asked them to wait until he performs the Fajr prayer, but they refused and dragged him barbarically. When the rest of the worshipers protested, one security personnel flashed his weapon in the mosque and in further intimidation and terrorism, asked for the names of those who protested to be filed for detention.

What level of crime and audacity has the Jordanian regime and its security services reached in its daring against Islam and its war against its carriers?! This regime that opened priceless military bases throughout the country to be used in the war against Islam and Muslims under the pretext of war on “terrorism”! And in its alliance with the kaffir West against the revolution of Al-Sham and the Ummah’s activity, and in its cooperation in all areas with the Jews; not the last being purchasing the stolen gas and holding the East Mediterranean Gas Forum with the Egyptian criminal regime in partnership with the Jewish entity – the usurpers of the land of Islam. As well as selling the Ummah’s resources and public wealth, and implementing the decisions of the International Monetary Fund, the tool of America, in economic and political control and in the impoverishment and starvation of people. As well as legislating criminal laws such as the law of taxation and electronic crimes to maintain the regime and its tools from people’s accountability to them, enforcing upon them sharp laws with very harsh punishments, and arresting every noble person who held the regime accountable for its corruption, theft, conspiracies and betrayal to Allah and the believers. A regime that also releases its security services after the Da’wah carriers of Hizb ut Tahrir members in a dirty way, that reminds us of what the Jews do with the guardians of Al-Aqsa; this regime copies their actions and follows their footsteps step by step, with no difference between them…

Our People in Jordan, the Land of Gathering and Ribat:

You duty is to catch hold of the hand of the regime and hold it accountable for its treachery, crimes and conspiracies, as the Messenger of Allah ﷺ said: «أَلاَ إِنَّ أَفْضَلَ الْجِهَادِ كَلِمَةُ حَقٍّ عِنْدَ سُلْطَانٍ جَائِرٍ» “Verily, the best Jihad is speaking the word of truth to a tyrant ruler”, and he ﷺ also said: «لَتَأْمُرُنَّ بالْمَعْرُوفِ، ولَتَنْهَوُنَّ عَنِ المُنْكَرِ، أَوْ لَيُوشِكَنَّ اللَّه أَنْ يَبْعَثَ عَلَيْكُمْ عِقَابًا مِنْهُ، ثُمَّ تَدْعُونَهُ فَلا يُسْتَجابُ لَكُمْ». “By Him in Whose Hand my life is, you either enjoin good and forbid evil, or Allah will certainly soon send His punishment to you. Then you will make supplication and it will not be accepted”.

We have no doubt that these repressive measures are a miserable attempt to prevent and limit the work of the resumption of the Islamic way of life by establishing the Khilafah Rashidah state (rightly guided Caliphate) which Hizb ut Tahrir works for in the Muslim countries and the ends of the world with the whole Ummah. The fiercer these furious campaigns in Jordan and other Muslim lands by the security services of the regimes and their masters, the forces of the Western Kaffir colonizer, the more certainty we have of the Khilafah’s imminence looming in the horizon, which will increase our determination, resoluteness and sacrifice to proceed in the way of the Prophet ﷺ, with the political and intellectual work until the establishment of the Islamic State on the method of the Prophethood.

“For, all who ally themselves with Allah and His Apostle and those who have attained to faith – behold, it is they, the partisans of Allah, who shall be victorious!”