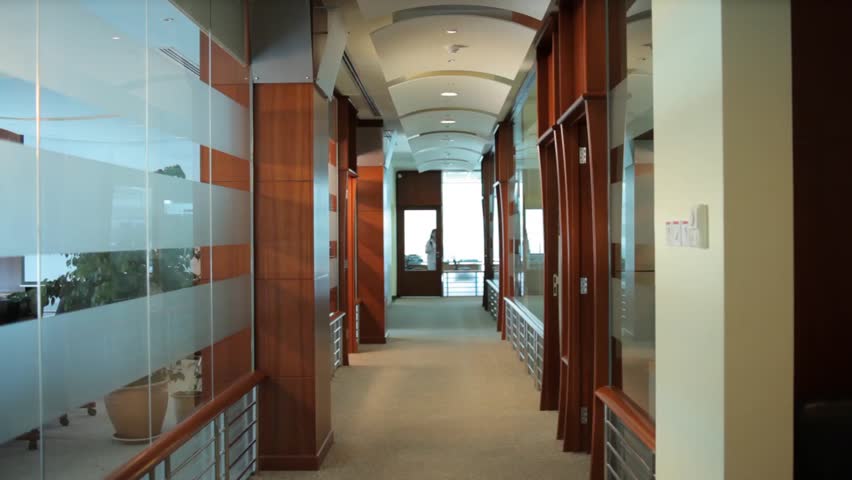 Unemployment is like other issues and problems created by this global greedy capitalist system, including the implemented capitalist economic system which only produces the calamities and crises and economic calamities, as it created the class system in societies and increased the number of unemployed and depleted people’s savings and shattered the economies of most countries in the world.

What is unemployment and what are the solutions needed to address it?

Unemployment means a person’s inability to earn a living in order to provide a decent standard of living for himself. This decent living includes fulfilling the basic needs of food, housing and clothing. The solution to the problem of unemployment should be radical rather than patchwork. Living realities and devastating economic catastrophes have proved that the measures taken by States are immediate, temporary and limited. The structure of the capitalist economy with its interest based banks and linked financial institutions, loans and hoarding of wealth and the mandatory banknotes, is what feeds and develops unemployment rates despite repeated claims of its reduction.

The radical solution to unemployment will be only in a complete Islamic economic system based on the following foundations:

2- Prohibition of usury and interest on loans

– Mandatory paper currency system: States move the market again by inventing the crises produced by the mandatory monetary system, such as inflation and weak purchasing power and recession and the associated layoffs of workers and employees to address these issues, to one of two solutions:

* By printing new money if the state is strong and its currency is dominant, then it will pump it into the market in order to move the economy, and this is what former US President Obama did during the economic crisis. He printed billions of paper currency to increase the purchasing power of people. But the owners of companies worked on the distribution of their stored products and their unused goods during the recession, before the production of new goods, which need new workers. This procedure is not a solution to the problem of unemployment, but a solution for the disposal of unused goods before the operation of the production wheel.

* Or the state borrows money through the selling of bonds and taking loans from the IMF and the World Bank. This is the case of many Islamic countries that begin to give promises after promises of research to generate a lot of investments to move the economy and open new opportunities of work according to their claim. However, these “painkillers” do not come out of the framework of increasing the funds of interest-based banks and shareholding companies without any importance given to this method of increasing inflation in the market.

The solution offered by the gold and silver system in the event of a recession is not the layoffs of workers and employees as in any economic crisis in the capitalist system, but the solution is to reduce the cost of production, including the cost of wages, and this solution does not lead to the death of the wheel of the economy or transition from crisis to crisis, instead the opposite will continue, even if it was slowly. (You will find a detailed explanation of the benefits of the gold and silver system in economics in the book “The Economic System in Islam” p. 270 (Arabic))

– The prohibition of usury and interest on loans, interest-based banks are necessary in the capitalist economic system, as usury has become the basis of trade, agriculture and industry. Contracts between borrowers and banks are interest based contracts because they sell money with money, and because they exploit people’s efforts with the interest imposed without being exposed to any kind of loss. In the economic system in Islam, Bait ul Mal lends money interest free, after checking the possibility of using money. The one who wants to borrow needs it either for living, or for agriculture. As for the first need, Islam has ensured this by ensuring for every member of the state the right to live. The second need has been fulfilled by Islam by lending money to the needy without interest. Omar ibn al-Khattab (ra) gave money to farmers in Iraq from Bait ul Mal, enough till their lands start producing. They will be compared to peasants like them, who are in need of money, to be self-sufficient to live. The Prophet ﷺ gave a man a rope and an axe to cut wood and sell it in order to earn a living.

– The prohibition of hoarding, the money held by the wealthy owners of the capitalist economists led to their withdrawal of the market and non-circulation in the hands of people, which leads to the reduction of their production because the demand for goods has reduced and stopped the wheel of the economy and this spread unemployment in societies as a result of the little income in the hands of the people. In the economic system of Islam, hoarding of wealth is prohibited; money is the instrument of exchange between money and money, between money and effort, and between effort and effort. This measure of exchange and as far as this tool is available to the people, this will push the work forward and will allow people into society and their total expenditures will be in the form of a continuous circle that develops the economic wealth of the individual and the community. (With the need to learn that there is a big difference between hoarding and saving, you will find the details in the book “The Economic System in Islam” p. 251 (Arabic). Article 142 of the Draft Constitution of the Khilafah State: “Hoarding of wealth is forbidden even if the Zakat is taken out.”

These are the fundamentals and radical solutions that the economic system of Islam has put in place not only to eliminate unemployment but also to eradicate all the forms of corruption and capitalist economic domination policies over the countries.

What are the mechanisms and practical measures that will be taken by the Khilafah Rashida to prevent unemployment?

1- Finding an economic balance by giving the needy citizens of the state alone from the funds of the state in Bait ul Mal that did not come from what is collected from Muslims, but from the wealth of spoils until there is an economic balance in this provision. The Prophet ﷺ, when he saw the disparities in the ownership of funds between the Muhajireen (Migrants) and the Ansar (Supporters), he ﷺ singled out the muhajireen with the money of the spoils (Fai’), which he ﷺ had won from Bani An-Nadhir, in order to find an economic balance. It is narrated that when the Prophet ﷺ won against the Bani al-Nadir peacefully, and the Jews were evacuated from it, the Muslims asked the Prophet ﷺ to divide between them (the spoils). The verse was revealed: وَمَا أَفَاءَ اللَّهُ عَلَىٰ رَسُولِهِ مِنْهُمْ فَمَا أَوْجَفْتُمْ عَلَيْهِ… “And what Allah restored [of property] to His Messenger from them – you did not spur for it [in an expedition]” [Al-Hashr: 6]

He divided them among the immigrants, and did not give the Ansar anything except two men. They were like migrants in need.

(A) The community’s facilities, such that if  they are not found in a town or a group will go out looking for it, such as water, cattle ranches, community facilities, etc.

(B) Minerals that are uninterrupted.

(C) Things that naturally cannot be owned by the individual, such as roads, rivers, lakes, seas, state schools, hospitals, etc.

Article 140 of the Draft Constitution of the Khilafah State: “Every Individual from the Ummah has the right to utilise anything from public property, and it is not allowed for the State to permit someone to individually possess or utilise it.” (To review the rules of public property and benefiting from them revise the Draft Constitution and the Necessary Evidences for it from Article 137 to Article 140)

3- Islam made the provision of the needs of the Ummah a duty of the state because the Ummah has the right of care. The State is responsible for providing wealth and services to the citizens in addition to the distribution of this wealth on the members of the society so that everyone can own and use it. Bukhari narrated that Ibn Umar (may Allah be pleased with him) said: The Messenger of Allah ﷺ said: «الإِمَامُ الَّذِي عَلَى النَّاسِ رَاعٍ وَهُوَ مَسْؤُولٌ عَنْ رَعِيَّتِهِ» “The Imam is a guardian over the people and is responsible for his subjects.”

This is the opposite of what we see today. In 2018, wealth in the world is concentrated in the hands of 26 billionaires, which is equal to what is owned by the rest of humanity!! Article 124 of the Draft Constitution of the Khilafah State: “The primary economic problem is the distribution of wealth and benefits to all of the subjects of the state, and facilitating their utilisation of this wealth and benefits from by enabling them to strive for them and possess them.”

4- The all Wise Legislator obliged work on the able man to provide (nafaqa) for himself the basic needs and to those he is responsible for. Nafaqa is obliged to be given to the newborn, and if the inheritor is not able to work, Bait ul Mal (treasury) becomes responsible if there is no one who is responsible for their provision. Islam made the support of the person who is actually disabled or takes the ruling of a disabled person an obligation on the State according to Article 153 of the Draft Constitution of the Khilafah State: “The State guarantees to create work for all of those who carry its citizenship”.

5- Encouraging the reclamation of agricultural land. Unemployment is eliminated through the employment of the poor who are capable of farming. The state divides the barren lands to those who do not own land or own small areas. The Messenger of Allah ﷺ gave Bilal Al Muzni the land between the sea and the rock. (To review the laws of the barren land distribution and reviving them – Articles 134, 135, 136 of the Draft Constitution of the Khilafah State).

6- The activation of research centres and institutes of technological science by the state, especially as the policy of industrialization is absolutely tied to technology. If the state embraces the scientists and talented and provides a decent living for them, we will see that creativity appears after it was buried or have immigrated, and Muslims will return to where they should be among nations at all levels economically, politically, militarily and culturally.

And until the unemployment is over and Muslims benefit from the resources of their country, and  all the economic problems are solved, radical change and coup must be achieved, so that this matter is spread everywhere, and this matter is the rule of Islam, so the human beings enjoy justice, righteousness and proper care in accordance to the rules of Shariah, and the state of the Khilafah Rashida (rightly guided Caliphate) becomes a living model of what we offer; Islam as an alternative to the dying capitalism, and may Allah make its return soon.