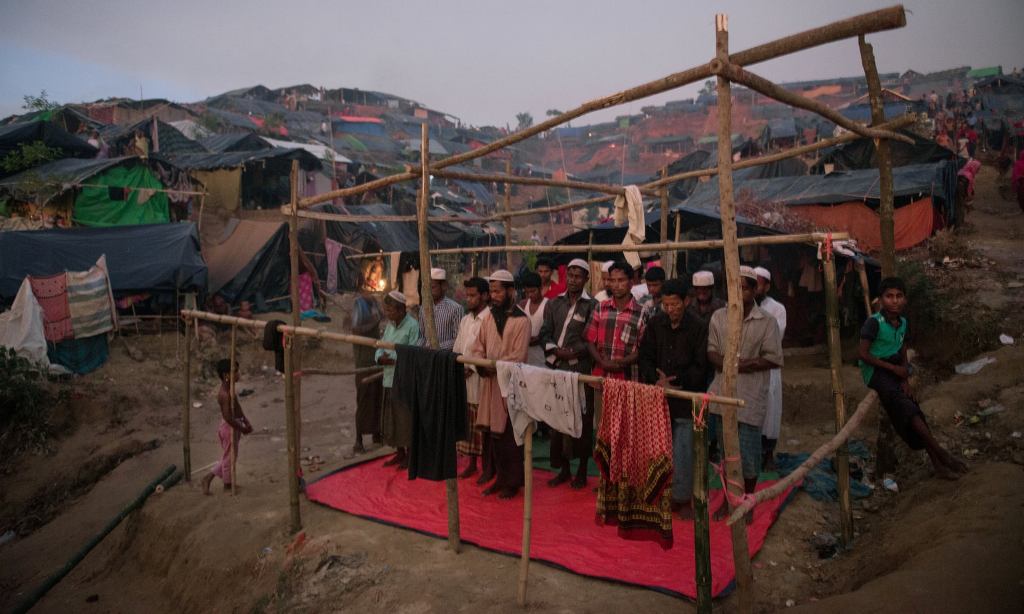 On 10 September 2019, the BBC reported on the systematic destruction of the villages occupied by the Rohingya Muslims, with one of the areas documented as being turned into refugee relocation camp. These ‘Camps” are advertised as being temporary areas for returning refugees to live in until they go back to their original homes in Myanmar. The idea is to facilitate the “voluntary” repatriation of these Muslims, as offered in a recent policy goal of the Bangladeshi government.

It comes as no surprise that not a single Rohingya citizen has taken up the notion of voluntary return to their homeland from any of the areas where they have been displaced. The BBC report uncovered the deception behind these fake deals to return the Muslims to their homeland as the fact is many of the villages where they used to live simply no longer exist anymore!

The Myanmar government have not only forcibly expelled entire populations from their homes, under the threat of death and torture; they completely leveled the villages using bulldozers to clear the land entirely. The very so-called “safe area” designed to house returning refugees temporarily, is itself built on a previous Myanmar village. The Myanmar government’s attempt to deny this was proven futile as satellite images from the last months have shown the villages to be present and then completely gone. The fact that none of the Muslim refugees feel they can go home is because they are completely aware of the farce that is the repatriation drama. They understand that death and torture are still waiting for them as there is no entity able to establish any form of security. It is also understood that the refugee camps are actually prison camps as if there is no village to go to, they will be doomed to live in house arrest with the most appalling squalid conditions without freedom to leave. This wretched betrayal of human rights is a nightmare with no end for the suffering Muslims of Myanmar. All the while, the international community allow the Burmese government complete permission to act as executioner in their policy of genocide. The Muslim leaders are all complicit in this global crime as they allow their armies and tools of prevention to lie dormant and decaying whilst men, women and children are terrorized, violated, drowned at sea and murdered in cold blood. We pray to Allah (swt) for the release of the political chains that hold back the armies of the Muslims to rescue the weak and needy Rohingya from their years of torment. Under the Khilafah (Caliphate), real sincere political guardianship would never accept to allow this to happen. Nationalism and the inhumanity that it breeds will be historically confined and our oppressed brothers and sisters, all of the world would be set free from their tormentors. This would be a great and serious obligation of a Khalifah as Allah (swt) defined oppression as worse that killing in Surah 2; verse 191. وَٱقْتُلُوهُمْ حَيْثُ ثَقِفْتُمُوهُمْ وَأَخْرِجُوهُم مِّنْ حَيْثُ أَخْرَجُوكُمْ وَٱلْفِتْنَةُ أَشَدُّ مِنَ ٱلْقَتْلِ “And slay them wherever ye find them, and drive them out of the places whence they drove you out, for persecution is worse than slaughter.”

Without the true correct expression of Islamic Politics in the form of the Khilafah, we can only expect further destruction of the Rohingya homes and more thousands displayed as wandering refugees forced to be treated lower than the status of animals.