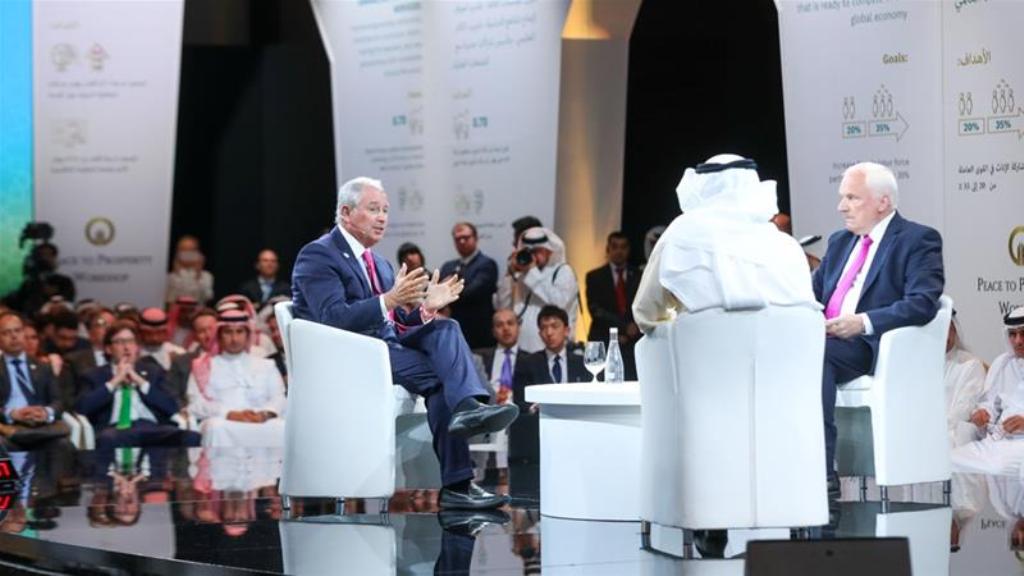 An economic workshop will be held in Bahrain on June 25 and 26, in preparation for the American initiative aimed at liquidation of the issue of Palestine, which is attended by many Arab countries on the orders of the United States, headed by Saudi Arabia, Egypt and Jordan, whereas the Palestinian Authority (PA) is not attending at a time when its men announced their understanding of the attendance of Egypt and Jordan!

The new conspiracy is a continuation of Western projects with a conspiracy of regimes in the Muslim countries to liquidate the issue of Palestine. Thus, the isolation of these regimes of Palestine from its Islamic environment and the establishment of the so-called Palestinian Liberation Organization (PLO), which turned the issue of Palestine into a narrow national cause, and then the conceding to the Jews most of Palestine in Oslo and the establishment of an authority servant to the occupier, all these projects and betrayals formed the ground on which Trump built his project to complete the liquidation.

As for the squanderer PA, it does not oppose the Bahrain conference because of it not wanting to abandon Palestine or normalization with the occupation or liquidation of the issue, rather, it wants all of this, but it does not want the economic part of the betrayal to precede the political one. Meaning that it initially wants to liquidate the issue politically, by surrendering Palestine to the Jews and conclude a permanent peace with them, and then welcomes the economic part and the normalization!! This was stated by the PA President, Abbas, and intelligence chief Majid Faraj and other PA leaders. Abbas told reporters working for foreign media at his headquarters in Ramallah, justifying the reason for the PA boycott of the Bahrain Conference: “The Manama project is for economic issues. We need the economic (support), the money and the assistance, but before everything there is a political solution, and when we apply the two-state solution and a Palestinian state on the borders of ‘67 in accordance with the resolutions of international legitimacy, then we say to the world help us.”

PA and PLO are desperate for the liquidation of the issue of Palestine in accordance with the old American vision of resolving the conflict; the two-state solution, which is based on the abandonment of three quarters of Palestine to Jews in return for a meagre state on less than a quarter of the area of Palestine with its capital “East” Jerusalem without the “West” and is now trying to get people out into the streets, deluding them that it is against the deal of the century or the liquidation of the cause. While its real position is that it wants to liquidate the issue all at once without instalments and stages, and it wants a final solution based on complete relinquishment at once, and wants the Arab rulers to be with it to help it through normalization to tempt Jews to accept peace and the final solution.

There is no stronger evidence of the conspiracy of the PA and its keenness to liquidate the Palestinian cause, than what it has recently done to continue to pressure the people economically in the issue of salaries and tax increases in preparation for bringing them to their knees and causing them to accept the new treasons that the PA sees itself coming to, as well as the continued arrest and restriction on the Shabab of Hizb ut Tahrir who reject all forms of squandering or Peace with the Jewish entity under any name; the two-state solution or the one-state solution or the deal of the century, because it (PA) wants to carry out treason without facing anyone who uncovers it or exposes its conspiracy.

And the origin is that the Arab countries that are meeting in Bahrain, which the PA announced that it understands their participation! The core needs to be addressed that they must liberate Palestine, the whole of Palestine, and that they must get rid of agency and dependency to the Kaffir West, and unite under the banner of La Ilaha illa Allah, Muhammad Rasul Allah, and we do not accept from them otherwise.

O the People of Palestine:

The solution to the issue of Palestine is a single and legitimate solution, and it can only be achieved by liberating it completely from the abomination of the Jewish entity and eradicating their entity from its roots to return Palestine to the bosom of the Islamic Ummah. And this is the responsibility of the Muslim armies, which all the sincere people in the Ummah should call upon and incite them to do their duty towards the blessed Palestine and Al-Aqsa Mosque, and to mobilize the Islamic Ummah towards this solution instead of mobilizing them towards the solutions of liquidation and betrayal.

Do not walk behind the PA that is trying to delude you that it is against the surrendering solutions while it is immersed in it to its ears, and do not let it mislead you, as you will lose the World and the Hereafter. Palestine is dear to you and you are its people and it is a trust upon your necks, so preserve it and do not follow those who squander it, and raise your voice loud: NO to America’s solutions, NO to international resolutions and NO to Arab initiatives; for all of them are a betrayal to Allah, His Messenger and the believers and a squandering of the land of Isra and Maraj. And appeal to your Ummah and your armies to liberate Palestine, the whole of Palestine.