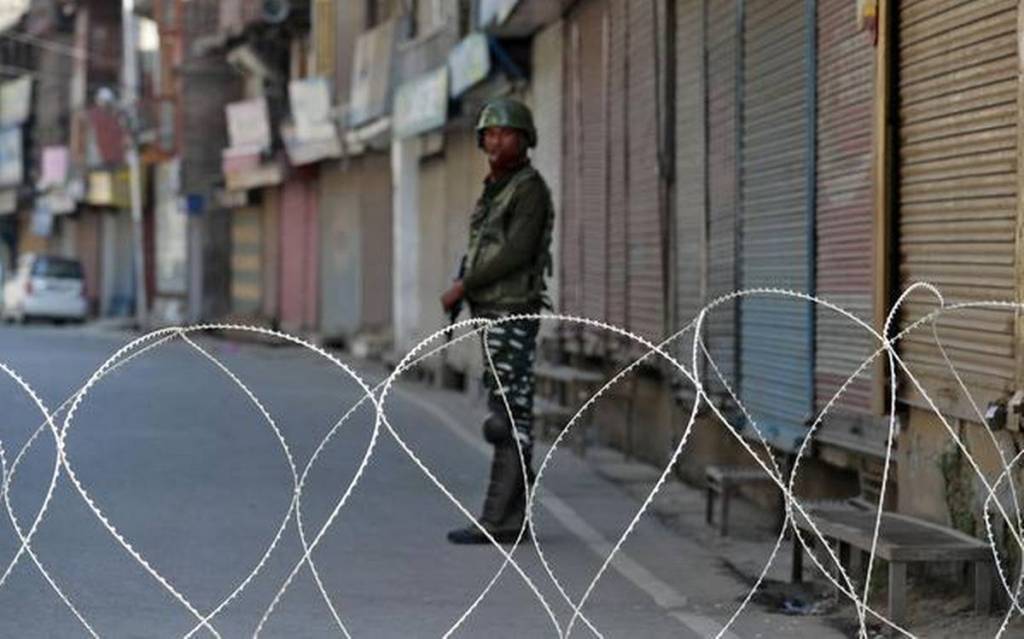 Today when the whole world is battling the Coronavirus and is under an unprecedented lockdown the Hindu state of India amid all this has come up with another notification that redefines the Jammu and Kashmir (J&K) domicile status, where anyone who have lived in J&K for over 7 years will be eligible. This will pave the way for the settlement of people from the mainland India for political ends, similar to the model of the Jewish entity of illegal settlements in Palestine which has only one objective – to suppress the freedom sentiment and continue the occupation at any cost without caring for anyone or anything be it so called international community or so called democracy and human rights.

On 5th of August 2019, India abrogated the Article 370 and 35A which gave a special status to J&K. This was implemented with a complete lockdown that stretched for more than five months with 7 million military boots that have a brutal footprint in smallest of the towns. This is a continuation of Hindu state to supress any dissenting voice against its brutal Hindu occupation.

Kashmiri Muslims first stood against the tyrant Dogra rule and gave 21 lives to complete one Azan in1931. When the colonial British left the subcontinent in 1947, the princely Muslim majority state of J&K with the treachery of India Prime Minister Nehru, India Home Minister Sardar Patel, King Hari Singh and Shaikh Abdullah, saw the military boots of the Hindu state landing on its soil on 26 October 1948 which is still observed as a black day in Kashmir. Thus, the Indian occupation of Kashmir started and continued till today.

From the day one, the Hindu state started to oppress and supress any dissenting voice against its occupation. From manipulating its own constitutional provisions which they themselves had once promised, to jailing and subduing their own corroborators, once they became any hindrance to any occupational interest. Throwing out elected governments, installing stooges, and manipulating constitution have been the hallmark of Hindu state in Kashmir even when these stooge governments and leaders had never any legitimacy from the common masses but it was always used a tool to justify the occupation at international level. Therefore, they abrogated 370 and 35A, and jailed everyone including their own collaborators who once were Chief Ministers and presided over the massacres of Kashmiris. This is nothing new; these stooges will again compromise and start with a new role as happened in the past Indira-Abdullah Accord, Rajiv-Farooq Accord resulting in thousands of Kashmiri men, women and children who continue to remain in Indian jails under inhumane treatment and conditions.

Kashmir has always sacrificed from 1931 to 1989 to 2008 to 2016 which mark the landmarks among many in Kashmiri struggle for freedom from Hindu occupation – be it Dogra or India. More than 100,000 martyred, more than ten thousand missing, mass-graves, mass-rapes, maiming and blinding of children as young as 17 months have been done with arrogance and disdain by Indian military and are being continued as a state policy to serve the only interest, which is Hindu state occupation. Many mothers are waiting for their loved ones to return whilst some have lost hope.

The silence of Pakistani leadership in allowing the Hindu state to continue this oppression and many a times being silent facilitators to these crimes is crime. Pakistan’s Agent leadership has always used callous means to deceive its sincere masses who care for the oppressed brethren of Kashmir, be it agent political leadership as the likes of Buttos, Sharifs, Nyazi or military agents like Musharaf, Kiyani, Raheel or Bajwa, all have forsaken the Kashmiri struggle for freedom from time to time with crooked means for their colonial masters or capitalist America.

So, this notification of the Hindu state to change the domicile law of Kashmir is neither first nor the last. This oppression will continue so will our struggle. Our, martyrs and prisoners are a testimony to that.

When the world is struggling to face a lockdown, do they remember that we have faced it many times and many months and have shouldered coffins of our young and old, and have faced humiliations in the dead of the nights when Indian Military barges into our homes without caring for the honour of our women and family.

Kashmiris struggle has always been for the sake of Islam. We are part of the Ummah of the Prophet ﷺ and will sacrifice our lives for this deen. And we are against a military might of a Hindu state and ask Allah to send the capable men of this Ummah to end this oppression.

O sincere officers in the Pakistani army! You have the strength and obligation to end this brutal Hindu occupation but the agent political and coward military leadership has chained the sons of this Ummah. This is only possible under a sincere political leadership which will implement the Deen of Allah and establish the Khilafah (Caliphate). So march in the way of Allah and give Nusrah to Hizb ut Tahrir to establish the Khilafah, so that the dignity and honour of this Ummah are resumed; otherwise, the Kaffir Hindu state will continue to humiliate the honour of the honoured of the Ummah of Mohammad ﷺ and you will be accountable as you are witness to all this.