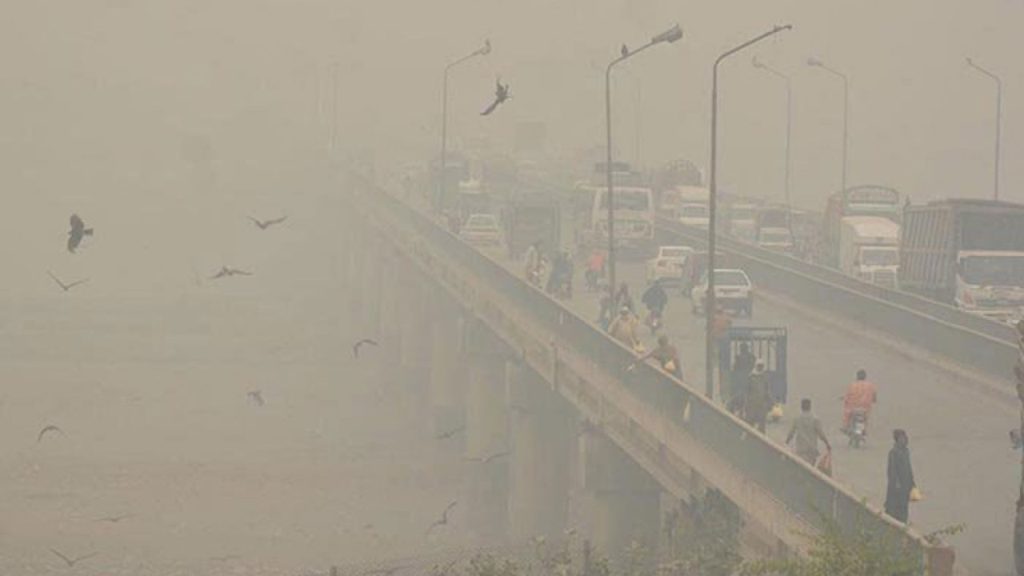 Democracy in Pakistan has failed for years to secure clean and safe air to breathe, both indoors and outdoors, confirming that it must be abolished and replaced by ruling by all that Allah (swt) has revealed. After weeks of hospitals being drowned by the large number of chest and heart patients who had fallen ill through breathing in polluted air, the education department of Pakistan’s Punjab province finally decided to take the token measure to close all schools in Lahore, Gujranwala and Faisalabad on 15 and 16 November 2019, due to poor air quality, even though the children will be breathing in the same toxic air in their homes, which is often polluted at a higher level than outside the home. For decades, Democracy has failed to address the growing crisis of air pollution that has now exploded into a public health emergency. As for the current regime, it has been in power for full fifteen months and has only now taken ineffective token measures after public outrage.

Democracy has failed because it comes from the materialistic belief of secularism, that ensures that material considerations come above all others, whether humanitarian, moral or spiritual. Not only is Democracy all about money, it is a ruling system that ensures laws can be easily manipulated to secure profit margins of capitalists, regardless of health consequences. So all over the world industrialists and manufacturers secure their interests through sponsoring politicians, whether through campaign donations or more direct forms of bribery. Just as lobbies resisted restrictions on the tobacco industry in the past, there are lobbies that will lose profits through restrictions on polluting air, even though 80% of the world’s urban population are now breathing in harmful air both inside and outside their homes. In addition the inequities of capitalism have compelled poor people to cut corners to earn a living even though it results in a public health emergency. So, Pakistan’s poor farmers are no longer able to afford to harvest manually which does not leave crop stubble, but must use machinery that leaves behind the stubble they burn in order to clear the land for the next crop. Struggling manufacturers are not able to afford fuel without hardship, so they resort to burning old clothes and even shoe soles to provide energy, releasing toxic gases.

The toxic air emergency will only be solved by the Khilafah (Caliphate) on the Method of Prophethood, for it is an actual guardian for the people. RasulAllah ﷺ said, «الإِمَامُ رَاعٍ وَمَسْئُولٌ عَنْ رَعِيَّتِهِ» “The Imam is the guardian of the people and is responsible for his charge.” [Bukhari]. In Islam laws cannot be manipulated as they are bound to the divine evidences. Taking care of people’s health is a right in Islam that must be enjoyed by the society, for RasulAllah ﷺ said, «مَنْ أَصْبَحَ مِنْكُمْ آمِنًا فِي سِرْبِهِ مُعَافًى فِي جَسَدِهِ عِنْدَهُ قُوتُ يَوْمِهِ فَكَأَنَّمَا حِيزَتْ لَهُ الدُّنْيَا» “Whoever wakes up secure in his family with a healthy body, having food for the day, it is as if the entire world is given to him.” (Tirmidhi). As for poisoning the population, RasulAllah ﷺ said, «لاَ ضَرَرَ وَلاَ ضِرَارَ» “There is no harming nor reciprocating harm.” [Muwatta]. And Islam’s economic system is focused on wealth distribution, thereby ending the obscenely huge wealth disparity that has plagued the world for so long. So let the Muslims strive to re-establish ruling by all that Allah (swt) has revealed.