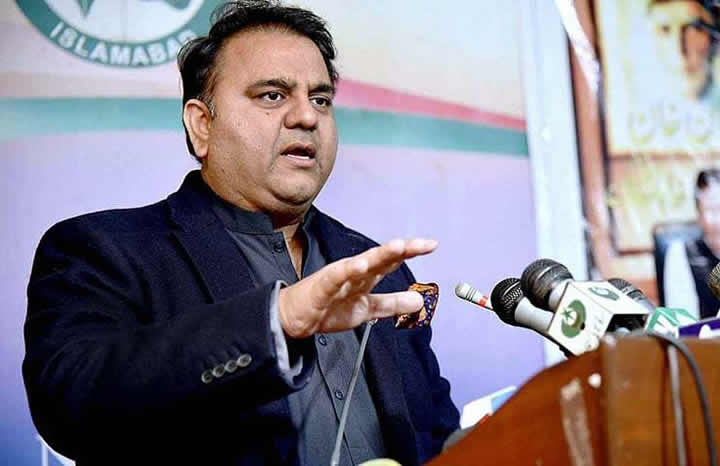 On 3 April 2021, Pakistan’s Minister of Science and Technology, Fawad Chaudhry tweeted, “The moon of Ramadan will be clearly visible on the evening of 13 April in Lahore, Islamabad and Peshawar and many other cities and the first fast will be 14 April.”

“We are an unlettered nation, we do not write or calculate. The month is such-and-such or such-and-such – meaning sometimes it is twenty-nine and sometimes it is thirty.” (Bukhari). This blessed hadeeth, revealed by Allah (swt) to His Messenger (saw), is regarding the lunar month, commanding that it is determined by the sighting of the hilaal and not by the estimated likelihood of sighting, which is only an estimation and can be wrong for many reasons, including the cloud cover which may obscure the sighting. The Messenger of Allah (saw) said,

Why are such announcements from the misdirecting ministry accompanied by an insidious social media campaign of mocking the respected Ulema, the inheritors of the Prophets (as), an undermining of the Sunnah of the Messenger of Allah (saw) and a ridicule of the Ummah as ignorant for adhering to the Deen? Indeed, the phrase, «إِنَّا أُمَّةٌ أُمِّيَّةٌ» “We are an unlettered nation” is not asking us to be as such. We were unlettered before Islam came, as Allah said,

(هُوَ الَّذِي بَعَثَ فِي الْأُمِّيِّينَ رَسُولًا) “He it is Who sent among the unlettered ones a Messenger (Muhammad) from among themselves.” [al-Jumu’ah 62:2]. The word ummi (unlettered) comes from the same root as the word ummah (nation). It refers to the one who is not distinguished from the rest of the people by knowing how to read or write. It is akin to the word ‘aammi which is used to describe a common man who is not distinguished from them by having knowledge which they do not have. It is also said in the Arabic language that the word ummi is connected to the word umm (mother), because he has not learned beyond his mother’s lap. Indeed, the Arabs before Islam were so, as the People of the Book had scriptures to refer to for knowledge.

The description was as the Ummah was before Islam and not how it remained. It was narrated that when the person he (saw) had appointed to take care of the Zakah, Ibn al-Latabiyyah, came to him (saw), he (saw) calculated the total amount collected. He had a number of scribes, such as Abu Bakr, ‘Umar, ‘Uthmaan ‘Ali and Zayd (ra) who would write down the Revelation, and would write contracts and write his letters to the people to whom Allah (swt) had sent him (saw), the rulers upon the earth to submit to the authority of the Islamic State. He (saw) put as a condition for the ransom of the prisoners of the Battle of Badr to teach the Muslims to read. Indeed, as an Islamic Ummah, the Muslims laid the foundation of the science and technology that Fawad Chaudhry now depends, such as trigonometry, algebra and algorithms, whilst it led all nations in science and technology during the era of the Khilafah, in some cases by centuries.

And do those who have an inferiority complex when it comes to the Western civilization not consider the Might of the Creator of the moon and the sun Allah (swt)? Allah (swt) said,

“He is the One Who made the sun a radiant source and the moon a reflected light, with precisely ordained phases, so that you may know the number of years and calculation ˹of time˺.” [Surah Yunus 10:5]? Humanity would be lost and disoriented in time, had it not been granted the favour of the moon and sun by Allah (swt) to determine the dates and times. And are the determined orbits of the earth, the moon and the sun, as well as the proportioned phases of the moon, not clear signs of the existence of Al-Mudabbir, the Organizer (swt)?

So let the Muslims adhere to the command of the Messenger of Allah (saw) regarding the sighting of the moon. Let them take the assistance from the estimated likely sighting of the moon, but not depend on it. And let them work for the only state that will preserve the pillars of their Deen, the Khilafah (Caliphate) on the Method of Prophethood.