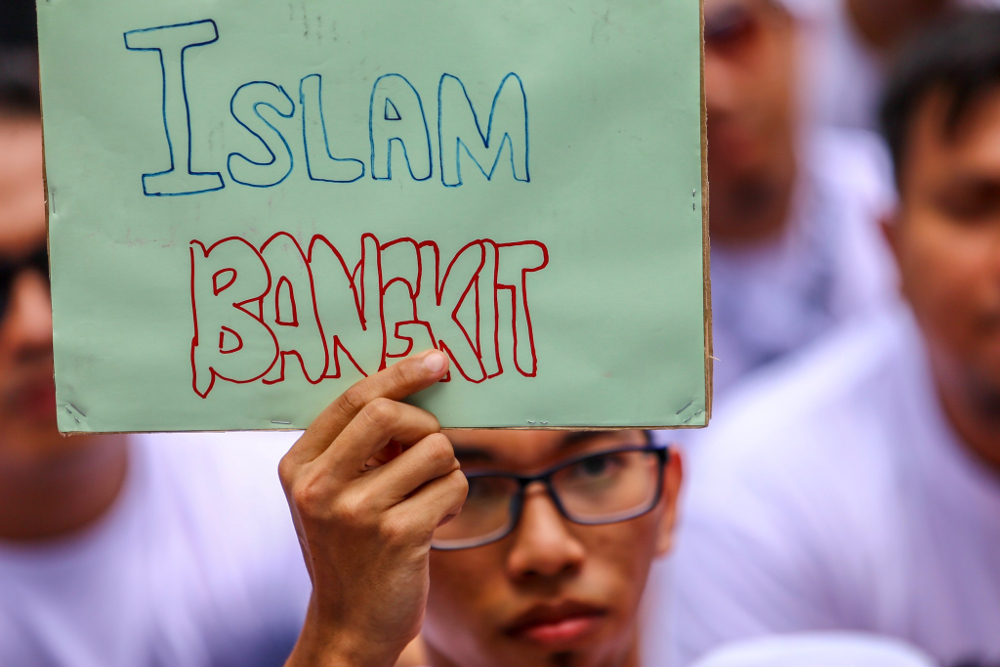 KUALA LUMPUR: On May 4, an Islamic Sovereign Defense Assembly was organized by the Ummah Defenders Movement (UMMAH). Thousands of participants regardless of the gathering background are present to make this secure set up in front of the Sogo shopping center.

The gathering was carried out as a vigilant view of the current state of development that threatened religious and state sovereignty. This set up touches on the issue of threats to the sovereignty of the country which includes the issue of the Roman Statutes, Adib spirits issues, National Language issues, and other related issues. Source?

Since Pakatan Harapan (PH) takes over the government of Malaysia, various issues arise and are often seen as a weak government body in dealing with issues arising. Issues, such as economy, education, social, religion and others, are the measure of the performance of the government of the PH government. Although Prime Minister, Tun Dr Mahathir, is seen to have had good credibility and extensive experience in the country’s development, it is different in the current situation. Tun Mahathir’s rule of thumb has more freedom in drafting his country’s administrative policies. This can be seen by the combination of various parties in government.

In this new administrative policy, Muslims in Malaysia, who are the majority of Malaysians, feel the sovereignty of the Islamic religion and the rights of the community of the Malays to be accused. This can be seen in some issues including the issue of the Roman Statute which is seen as a form of threat to the sovereignty of the country and contrary to the Federal Constitution, racial riot issues involving the death of an innocent firefighter and led to a series of doubtful investigations, educational issues in step Recognizing the Integrated Examination Certificate (UEC) which adopts the external education system can impair the integrity of national education policy, the issue of the signing of the International Convention on the Elimination of All Forms of Racial Discrimination (ICERD) and others.

The impact of these issues is that we see the Muslim community, especially the Malays, joining and uniting in a series of protest rallies on matters arising. What is interesting here is that different Muslim societies of political background in the country can be united when the sovereignty of the Islamic religion is threatened. But what’s sad is racism that is still strong in Malay society.

Actually what needs to be observed here is why are issues that can tarnish the sovereignty of Islam in such a way? This is none other than the existing system or law itself that permits it. It is undeniable that the ruling coalition consists of a variety of specific agendas and ideologies, such as liberal and secular, which directly affects the nation’s construction and development. However, have we ever wondered why these parties with liberal and secular agendas could rise to the government and then carry out state policies based on their will? All because of this country system that provided the space.

Hence, the real emphasis given is that the system and constitution of the country are the cause of the various problems and issues that shelter the Muslim community in Malaysia. In other words, the sound of change that needs to be explained is a change of system and not the secular constitution that is currently being converted into Islamic-based system and constitution. As long as our struggle is merely to paste the damage to the democratic system, so long as the problem will not be resolved even if the pattern of governance changes leadership in the upcoming election. This is because the problem is not solely on the face of the existing leader, but the democratic system itself is broken from its roots.

Therefore, having a set up to defend the sovereignty of Islam is a good thing. This shows the consciousness of Muslims to defend Islam. However, the aggregate agenda must be clear and has the pursuit of a pure Islamic struggle. It can’t mix with racial sentiments to defend the existing constitution, although this constitution is not Shar’i and is the root cause of the turmoil.

Therefore, it is time for us to return to the true Islamic struggle i.e., the struggle to uphold the law of Allah (swt) in the state of affairs. Voice and call for the law of Allah (swt) to be implemented in a way that should be the priority of Muslims, for this is the real resurrection path and the true way to defend the sovereignty of Islam. But this all will not work by any means except by calling to the establishment of the Khilafah (Caliphate) upon the method of the Prophethood as it is the only country that will be able to defend the sovereignty of Islam from being tainted.