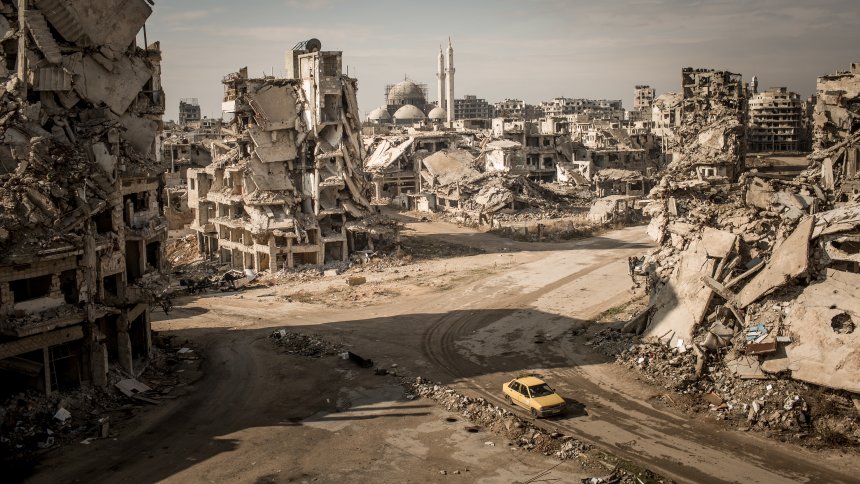 Idlib remains the last territory in the seven-year battle for Syria outside regime control. After Russia was gearing up for a final assault on the northern province, Erdogan and Putin met in Sochi on 16 September 2018 where both leaders agreed to create a demilitarised zone, which really meant Turkey would take the heavy weapons from the groups in Idlib. The very same groups it has armed and organised, which will cripple them of any capability and to fight and effectively force them to accept an end to the seven-year uprising. The post revolution solution and situation is now nearing and it is likely a few political solutions will be perused, each with their own challenges.

From the very early days of the uprising, the US made it very clear what its agenda was in Syria, this is important as no nation that got involved in Syria presented alternative visions and no-one pursued alternative agendas. Even Russia has not perused an alternative agenda to the US, despite differences in the operational details.

The US agenda was laid out by the then Secretary of Defense Leon Panetta, in an interview with the CNN in July 2012, he said: “I think it’s important when Assad leaves – and he will leave – to try to preserve stability in that country. And the best way to preserve that kind of stability is to maintain as much of the military, the police, as you can, along with the security forces, and hope that they will transition to a democratic form of government. That’s a key.” Preserving the regime in Damascus was the US agenda from the very first day, the regime is not Bashar al-Assad, one man never is. This is why the US always criticised al-Assad, but never did anything to physically remove him.

But fast forward to today and the regime position is very different which will affect the political solution of maintaining the regime. After seven years of war and major army defections the army is exhausted and the regime in Damascus is extremely weak and lacks the capability to maintain a grip on the whole country at the same time. Manpower is what the regime lacks, and this is why Hezbollah, Shi’ah mercenaries and Russia have been doing the heavy lifting for Bashar for years. Despite all the weaponry and resource provided to the regime in Damascus, it lacks the manpower to survive after the revolution ends and uphold the political solution. For the US its political solution requires a power in Syria to safeguard its agenda, and this is the challenge the US faces.

Iran organised the militia groups who fought the rebel groups in Syria and saved the regime. These militia groups could remain in Syria to continue this role. This will require the regime to effectively naturalise them into Syria’s armed forces and give them permanent accommodation to fulfil such a role. These militias number above 40,000 troops and have been settled in the Damascus belt which would indicate the regime in Damascus already see’s them as the manpower that will secure the political solution.

In April 2018 The Wall Street Journal outlined the Trump administration’s wish to form an Arab military force in Syria to replace US troops there. Officials told the newspaper that John Bolton, Donald Trump’s national security adviser, recently called Abbas Kamel, Egypt’s chief of intelligence and a major figure in President Abdel-Fattah el-Sissi’s government, to seek military and financial support for the initiative. Al-Jazeera quoted the National Interest back in 2016 that the Syrian war that has been raging for years and that the country has slipped into the quagmire and needs peacekeeping forces. The first deployment of the Muslim NATO forces may very well be to maintain America’s political solution.

Splitting Syria and dividing it is not considered as part of the solution although many think-tanks and analysts present this as an option. The US has long seen Syria, which is at the centre of the Middle East as a means to control the wider region, for the moment a regime in Damascus that rules all of Syria, however weak serves its agenda. If this was impossible then smaller states would be a viable option.

Despite derailing the revolution, the global and regional powers will struggle to implement their political solution as it requires manpower to maintain this solution. The regime in Damascus will forever need external financial support as well as physical support, so whatever victory the regime gets, it will indeed be a hollow one, that will in all likelihood not last.