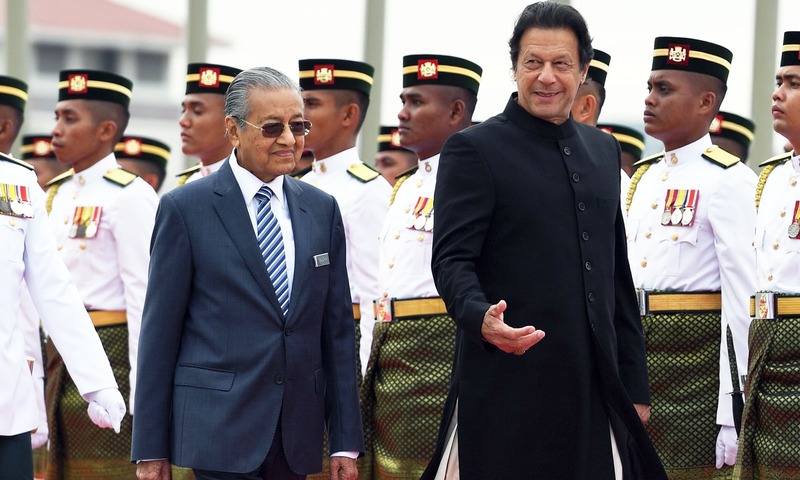 The Malaysian Prime Minister, Dr. Mahathir Mohamad, during his visit to Pakistan said that he had offered tax holidays to foreign investors for two decades, whilst sharing the “secret” of Malaysia’s economic success, during a business conference in Islamabad, held on Friday 22 March 2019. Economic activity may be boosted for a short while by giving incentives to foreign investors, however, ultimately the control of the economy shifts to foreign hands, which is lethal for political and economic sovereignty. Those countries which relied on foreign investors for economic progress witnessed its dangerous effects shortly thereafter. In the nineties of the previous century, Malaysia was amongst the “Asian Tigers” which were progressing economically. Then in 1997, a powerful economic crisis erupted in these countries. The prime reason for the crisis was that foreign investors withdrew their investments simultaneously, which turned these “Asian Tigers” into “Asian Kittens” in a matter of a few weeks. Even today, the total foreign debt of Malaysia is 46 percent of its total GDP whilst Pakistan’s total foreign debt is 30 percent of its GDP.

Declaring that foreign investors are the key to economic progress is colonialist thinking, which enables colonialist countries to control the economies of weaker nations, so they can never challenge them in the field of economy, despite their immense potential. This is clearly colonialist thinking because it is amongst the ten points of the “Washington Consensus.” The International Monetary Fund (IMF) pressurizes countries who seek loans from it to give concessions to foreign investors. However, why are the incentives and concessions that are offered so generously to foreign investors, not given to local investors? Foreign investors are given every type of concession, including tax holidays, whilst local investors have their backs broken with tax burdens to fill the state treasury.

For economic revival, the establishment of the Islamic economic system is mandatory, not extending incentives to foreign investors. In origin, Islam does not place any tax on industrialists and investors, asides from Zakah. Local investors and industrialists can import raw material as inputs for local production, without paying any customs duty as in Islam’s economic system; in origin, there is no customs duty. Also local industrialists and investors receive electricity and gas at affordable rates, without any tax charges. This is because under Islam’s economic system, energy is a public property, which cannot be owned by private firms for profiteering, nor can the state impose taxes upon it. Instead, the state only supervises it for the benefit of the public. Whilst Muslims implemented Islam, they were the global economic power for centuries. The Indian Subcontinent before the British occupation contributed to almost 25 percent of global economic output and the only reason was the implementation of the Islamic economic system. Today the economic misery of Pakistan and the whole of the Muslim World is only because of the absence of the Islamic economic system, as implemented by the Khilafah. Allah (swt) warned us and said, وَمَنۡ اَعۡرَضَ عَنۡ ذِكۡرِىۡ فَاِنَّ لَـهٗ مَعِيۡشَةً ضَنۡكًا “But whosoever turns away from this Admonition from Me (Quran) shall have a miserable life.” [Surah Taha 20:124). So we must re-establish the Khilafah (Caliphate) on the Method of the Prophethood to secure economic revival.