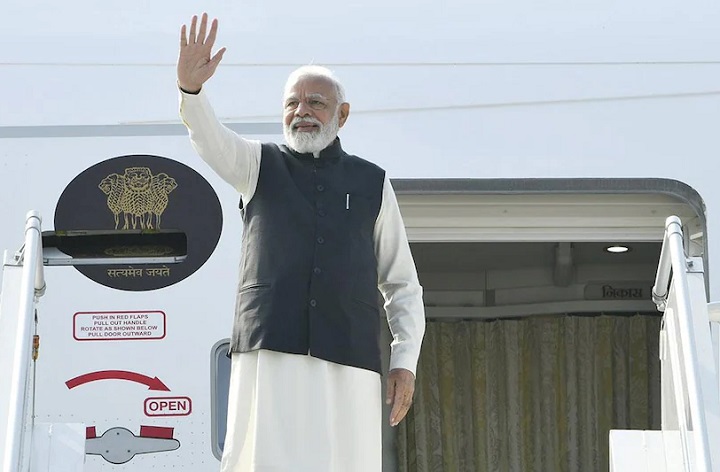 The Prime Minister of India, Narendra Modi, will pay an official visit to Denmark May 3rd – 4th. He will both have dinner with the Queen and participate in an Indian-Nordic summit, hosted by the Danish Prime Minister, Mette Frederiksen.

Modi is a declared supporter of the violent and fascist Hindutva movement. In 2019, he was behind the brutal annexation of the Muslim-dominated Kashmir region, whose people for decades have been subjected to arbitrary arrests, kidnappings, torture and rape committed by the Indian Army.

Narendra Modi and his Hindu nationalist party, the BJP, have pursued such an anti-Muslim policy since coming to power in 2014 that several international observers believe that India is heading for a genocide of the country’s Muslims!

In India’s northeastern Assam province, the Indian government has been committing ethnic cleansing of the region’s Muslims. The background is Narendra Modi’s policy of alienating parts of India’s Muslim population by declaring them “illegal immigrants”.

All this was also going on during the period when Mette Frederiksen was on an official state visit to India. As with Modi’s impending visit to Denmark, at the time there wasn’t a shadow of critical media coverage or focus on the persecution of India’s Muslims and Modi’s violent policies.

The Prime Minister, meanwhile, praised Modi’s slogan, “the nation first”, when she spoke in India. A slogan by which the Indian government has declared the Muslim minority outlawed.

While Mette Frederiksen calls Russia’s atrocities in Ukraine “war crimes”, she has nothing to say about the crimes committed against India’s Muslims every single day, led by Narendra Modi. She has even stated that the war in Ukraine will be a topic of conversation during his upcoming visit!

There is clearly sympathy to be found for India’s ultranationalist and Islamophobic direction in political Denmark. A direction in which Denmark itself has been moving for the past two decades.

The Danish Prime Minister and the uncritical Danish press have made one thing clear: The brutal persecution of India’s Muslims is not a problem for Denmark.

Rarely has one witnessed a clearer expression of the nauseating selective humanism that prevails in Danish and Western politics.

All the high-sounding Western “values” that they attempt to impose on Muslims on a daily basis are scrapped without hesitation when there is common ground to be found in hatred for islam, and economic interests to be gleaned.

Hizb ut Tahrir / Denmark strongly condemns the official Danish stamp of approval of systematic and bloody persecution of Muslims in India.  Anyone with decency and a sense of justice should do the same.